Buy the Dip Sputters Out, Debt Ceiling Game of Chicken? 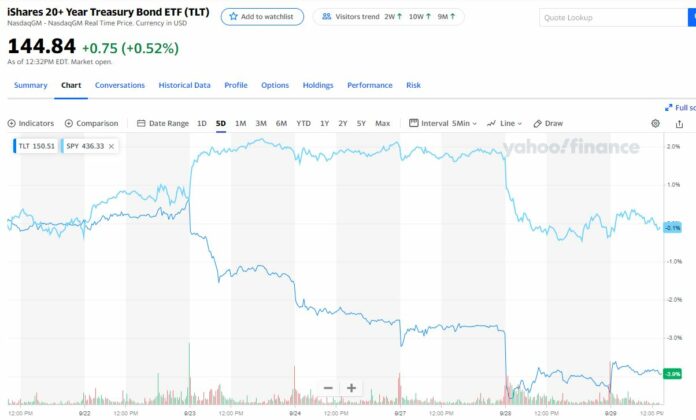 Investors tried to follow the usual buy-the-dip playbook this morning, with nasdaq rallying over 120 points minutes after the opening bell on 9/29/2021.  However, the rally quickly lost steam, with many of the same headwinds unresolved.   Rates have been rising steadily since last week’s Fed statement, lingering fears of China Evergrande contagion, and stock valuations near historical highs, in particular big tech names and meme stocks.

Although both the Democrat-controlled House of Representatives and Senate passed the latest fiscal budget proposal, the Republican opposition unveiled one last mechanism in their toolkit:  the US debt ceiling.  Despite many procedural overhauls in our legislative branch of government, notably the loopholes around filibusters, there are still a few ways a senate minority can foil the wishes of the majority.  Raising the maximum notional value of the US National Debt is one of those crucially important topics that require 60% approval to pass.  In short, the Democrats can pass all sorts of new spending bills, but they need a few Republican votes in order to actually pay for it.

The current national debt is $28.4 trillion dollars, and so is the debt ceiling.  In theory, the US government should not borrow any more money without getting approval from Congress.   That won’t be easy, because the government issues new bonds every week, and the proceeds go to paying for lots of things, including interest on the existing $28.4 trillion! 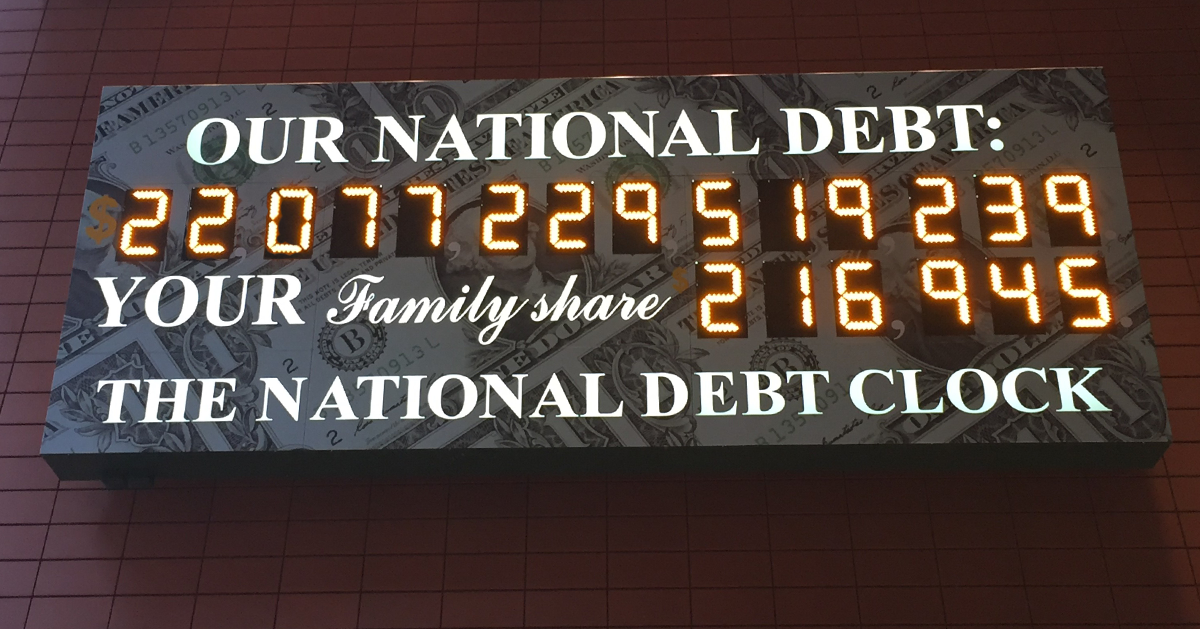 Isn’t this all just a bunch of politics?  Short answer, yes.  The government has “shut down” multiple times in the past 30 years due to the debt ceiling, and the end result is pretty minimal.  Park rangers, TSA officers, the IRS, and other federal employees ultimately get paid their promised salaries, even if some receive a temporary furlough.  Some government contracts are suspended, which can impact contractors and private firms that perform government services.  Most importantly, however, the market has rallied during all but one of the last 30 years of government shutdowns (counting the day of the shutdown to the day following a reopen).

Will a Government Shutdown Impact Rates?

Here is the slightly longer answer: each time the government reaches some sort of government shutdown, the rest of the world receives a small reminder that a US treasury bond, or any debt, is not 100% risk-free.  Does anyone really fear the United States will default on its debt in 2021?  No.  Not a chance, and even if by some miracle of politics there is a delayed or missed payment, enough people realize the stakes are massive and will make whole any debt holders.

However, the shutdown plants that tiny seed that we really don’t know what the future could hold.  Is the low interest rate policy here to stay?  Or will more members of the Federal Reserve officers resign?  Is it possible we soon replace Jerome Powell with someone a bit more hawkish?  Perhaps our government and process adds volatility and risk to the market that traders find difficult to estimate and hedge.

Previous articleVolatility Everywhere: Natural Gas spikes, Treasuries and Stocks Down
Next article13th Avenue: NYC’s Shortest Avenue
YOU MIGHT ALSO LIKE
Beyond The Building