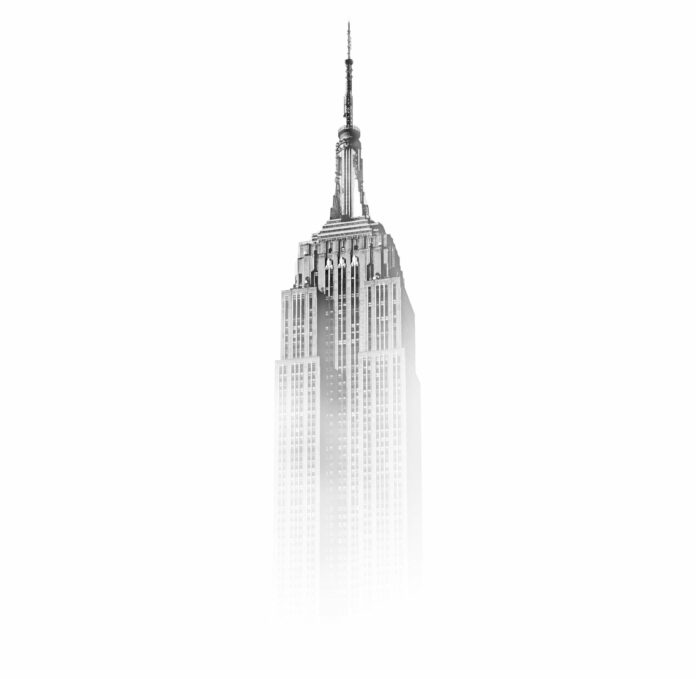 The following article may contain graphic imagery related to suicide and/or other forms of death. It is intended for mature audiences. Reader discretion is strongly advised.

The Empire State Building is a towering achievement in architecture and remains one of the most visited attractions in the world. But glory often comes with gore and this cultural landmark is no exception.

Over the past 90 years, the Empire State Building has been the site of tragic events that are not easily forgotten. From suicides to shootings, the iconic building has seen more than its fair share of violence and death.

A Brief History of the Empire State Building

The Empire State Building was the brainchild of finance executive and real estate developer John Jakob Raskob, who had served as vice president of finance for both Dupont and General Motors in 1918. Not to be outdone by Walter Chrysler of the Chrysler Corporation, whose namesake building was the tallest in the world when it was completed in 1930, Raskob envisioned a giant steel monolith that would dominate 34th Street between 5th and 6th Avenues in Manhattan’s Midtown neighborhood and dwarf the Chrysler Building in both height and glory.

To make manifest his vision, Raskob teamed up with architect William F. Lamb of the firm Shreve, Lamb, and Harmon, whose prior designs for the Reynold’s Building in Winston-Salem, North Carolina, and the Carew Tower in Cincinnati, Ohio, served as prototypes for the Empire State Building. According to one story, Raskob was so determined to win the Great Skyscraper Race sweeping the nation at the time that he took a jumbo pencil, stood it on end, and asked Lamb in one of their meetings, “Bill, how high can you make it so that it won’t fall down?”

It wouldn’t take long for the Empire State Building to rise from the ground like a moving mountain. With a construction cost of $41 million – an amount equal to $664 million when adjusted for inflation in 2021 – it took only 410 days to complete. This was an unprecedented speed for a building of that size and caliber. When it opened in 1931, the Empire State Building soared 1,250 feet in the sky, surpassing the Chrysler Building by 204 feet. It was the tallest building in the world for 41 years until the World Trade Center’s North Tower was completed in 1970.

A Tower of Tragedy

As it turned out, the Empire State Building’s construction was fraught with danger. During the 13 months it took to build, five workers died via accidental slips and falls from the structure, or they were struck by heavy construction materials. Considering the 3,400 workers who were on-site at the peak of construction, some of which were immortalized in Lewis Hine’s exquisite photography, the death toll was relatively low, although it was rumored that fatalities were likely in the hundreds.

In addition to the workers who died tragically during construction, the Empire State Building has been the site of numerous suicides and suicide attempts for almost a century. One of the first incidents occurred while the building was still under construction: A worker who was fired from the job took his own life by jumping down an open elevator shaft.

Decades later, the first unsuccessful suicide attempt earned 29-year-old Bronx resident Elvita Adams the nickname “Lucky One.” After losing her job sometime before the attempt, Adams was living off of $100 welfare checks and facing potential eviction from her home. Desperate and destitute, Adams jumped from the 86th floor of the Empire State Building but survived when a strong gust of wind blew her body back toward the building’s facade and onto a setback on the 85th floor.

The Most Beautiful Suicide

Wind conditions wouldn’t foil the most well-known suicide associated with the Empire State Building. On May 1, 1947, 23-year-old bookkeeper Evelyn McHale donned an elegant outfit complete with a pearl necklace and white gloves. Later that day, she reached the 86th-floor observatory, climbed over the railing, and leaped into the arms of death.

The tragedy was captured by a photography student named Robert Wiles who was on the ground the moment McHale’s body landed on a parked limousine. The photo, titled “The Most Beautiful Suicide,” ran in the May 12, 1947 issue of Life magazine. It showed McHale’s body lying face-up on the car’s roof, her legs crossed and arms held slightly aloft. As she lay with her eyes closed, her hair and dress were barely disheveled and she wore a serene expression as if in a beautiful dream.

The photo quickly became an icon of the era, adapted by Andy Warhol in one of his pop art prints and recreated in the music videos for “Jump They Say” and “Street Spirit (Fade Out)” by David Bowie and Radiohead respectively. American punk rock band Saccharine Trust even used the image as the cover art for their 1984 album, “Surviving You Always.”

The exact motive behind McHale’s suicide remains unknown, although a detective found a note she left behind on the observation deck. It read:

“I don’t want anyone in or out of my family to see any part of me. Could you destroy my body by cremation? I beg of you and my family – don’t have any service for me or remembrance for me. My fiance asked me to marry him in June. I don’t think I would make a good wife for anybody. He is much better off without me. Tell my father, I have too many of my mother’s tendencies.”

As if the Empire State Building’s number of suicides and suicide attempts weren’t enough, the famous structure was also the site of a plane crash.

On the morning of July 28, 1945, a B-25 bomber on its way to Newark Airport was caught in a dense fog that severely impaired the pilot’s visibility. Attempting a course correction, the plane drifted off its original flight path and headed straight for Midtown Manhattan.

The bomber crashed into the 79th floor of the Empire State Building, tearing a hole in the building’s north side and starting a devastating fire. Thirteen people were killed – the pilot and twelve victims of the fire – and one person was injured on the ground. According to the New York Post, the death toll would have been much higher if the plane had struck the building in a different spot.

Sixty-seven years later, on August 4th, 2012, 58-year-old Jeffrey T. Johnson shot his former colleague, 41-year-old Steven Ercolino, on the sidewalk outside the Empire State Building. Johnson fled the scene on foot but was later gunned down by NYPD officers. Ercolino was the victim of a longstanding workplace dispute.

A Duality of Beauty and Tragedy

In the case of the most beautiful suicide, many people were and still are haunted by the sight of Evelyn McHale, her body hugged by the gnarled metal of the limousine – an image that has been seared into our collective cultural memory. Like it or not, the Empire State Building’s place in modern history will always be defined by that captivating photo of a beautiful, dead woman.

A sense of the building’s duality can be seen in its many stories, some tragic and others uplifting. This theme has become permanently embedded in the structure’s mythology, adding to its allure. But whether one views it as a site of tragedy or beauty, one thing is certain: the Empire State Building will continue its reign as a majestic symbol of New York City.

The authors, editors, and principals, as well as our guest contributors, disclaim any liability or responsibility to any person or organization for any loss, damage, expense, fine, injury, or penalty that may arise or result from the use of any information, ideas, opinions and/or errors on this website or in our articles. Any use of, or reliance on, information reflected on this website or its mobile application is solely the responsibility of the viewer and/or reader.

Taupe Décor to Brighten Your Home