A History of the Chinese American Community in NYC 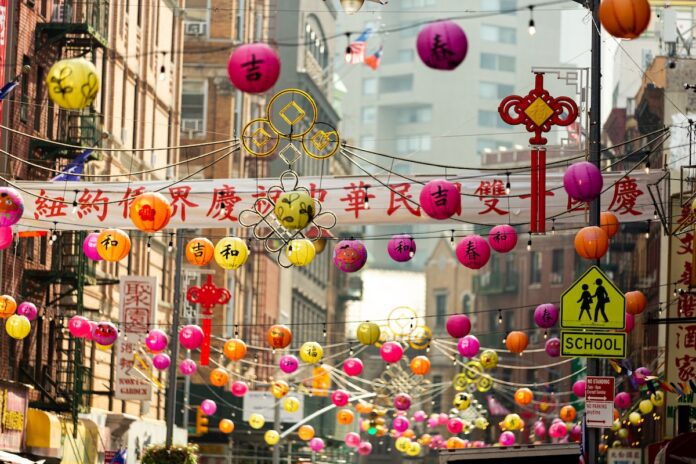 Lunar New Year recognizes the welcoming of the new lunar calendar year. Each year represents one of twelve of the zodiac signs. The signs are ox, snake, tiger, dragon, goat, horse, dog, rooster, rat, monkey, pig, and rabbit. It is believed that babies born in certain years will have higher chances of luck in their lives.

The Lunar New Year celebration has been occurring for thousands of years. Part of this celebration includes eating foods considered to be auspicious, including spring rolls and other delicacies. Since 1800, the Chinatown community has evolved along with the celebration of Lunar New Year in NYC.

The transcontinental railroad project built a railroad between California and Nebraska in the 1800s. With this project came the call for Chinese workers, inspiring the massive immigration of Chinese residents to the U.S. Once many immigrants came to California for work, however, the sentiment toward Chinese workers changed. Particularly, negative associations with Chinese workers developed among white laborers.

To escape the growing resentment, Chinese residents traveled to NYC, particularly to Mott St., located in today’s lower Manhattan, along with Pell St. It is here where restaurants began to form along what was eventually named “Chinatown.” One of these notable restaurants includes The Port Arthur Restaurant, opened in 1897 by owner Chu Gum Fai.

In the 1960s, once the Chinese Exclusion Act was revoked, larger numbers of Chinese immigrants flocked to NYC. The Chinese Exclusion Act, enforced since 1882, did not permit Chinese workers to migrate to the U.S. In 1943, however, President Franklin D. Roosevelt dissolved the legislation, allowing for the mass influx of Chinese workers to come to the U.S.

Since 1874, the community in Chinatown has celebrated the Lunar New Year. Mott Street. and Pell Street in particular have held festivities during the celebration. One of the cultural celebrations of the new year is the dance of the lion head. This involves performing kung fu, put on by a series of organizations in NYC.

Among this list, an organization called the New York Chinese Freemasons Athletic Club has performed this dance. The head of the organization today is Karlan Chan, and the club has been in existence since 1956. In Chinatown, the Chinese New Year parade has been ongoing for decades. An archived recording from 1928 depicts the lion dance performance, viewed by many attendants of the festival.

In 1997, there was a citywide ban on fireworks being used in the celebration. This sparked an outcry against the ban from the Chinese community. Josephine Chung of the Organization of Chinese Americans said, “Lighting firecrackers to welcome in the Lunar New Year has been a practice of the Chinese community in New York City for over a hundred years.” In 2003, the ban was finally lifted by then-Mayor Michael R. Bloomberg. Today, there are multiple Chinese New Year celebrations across the city for attendants to enjoy.

Want to read more like this? Check out more blogs like this on our culture & art page!