Why Do Some Buildings Skip the 13th Floor? 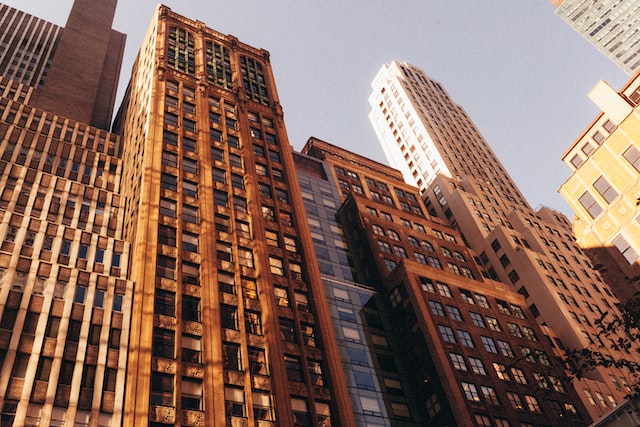 There seems to be a phobia about everything these days. Arachibutyrophobes, for example, are scared of getting peanut butter stuck to the roof of their mouths, while those who suffer from a bad case of horror vacui will avoid apartment hunting at all costs, as it means dealing with empty spaces.

It’s no surprise, then, that some people cringe at the mere mention of the number 13, so much so that some buildings around the world have gone as far as to skip the thirteenth floor altogether.

But why is there a superstition against the unlucky number? Where did it come from? And why is it still around today?

To better understand triskaidekaphobia or fear of the number 13, we first need to look into its religious and mythological associations, which date back to ancient times.

Where Did the 13th-Floor Superstition Start?

There are different beliefs as to why the number 13 became so reviled in modern culture. One pervasive theory is that much of life is structured around the number 12, with 12 months in a year, 12 zodiac signs, 12 apostles in the bible, and 12 Gods of Olympus.

Consequently, 13 was seen as an unlucky number that could disrupt nature’s “perfect” cycle, which may also be the reason behind some of the lore surrounding Friday the 13th.

The New Testament records one of the earliest written references to the superstition when Judas Iscariot became the thirteenth guest to arrive at the Last Supper. He would betray Jesus the very next day (on a Friday) by handing him over to the Romans, with an “Et tu, Brute?” moment that culminated in the Garden of Gethsemane. It was there that Judas identified Jesus with a kiss, leading to his crucifixion (hence why the expression “Judas kiss” is sometimes used to denote an act of betrayal).

Dinner parties are ostensibly incubators for the superstition of 13, as evidenced by the tale of Loki in Norse mythology.

According to the legend, 12 gods were invited to a lavish dinner at Valhalla, the exclusive great hall of the god Odin, where honorable warriors went after death. The uninvited and mischievous god Loki crashed the party, bringing the guest count to 13. Any hardcore Marvel fan knows that an impromptu appearance by Loki spells disaster, and that’s exactly what happened: Loki tricked Hoder, the blind God of Darkness, into killing Baldur, the god of light and peace, by using an arrow tipped with mistletoe, which was the only substance that could harm Baldur.

The moral of the story was less about “not giving a blind man a bow and arrow,” but more so to remember that “bad things come in thirteen.”

Both accounts — the Last Supper and the dinner at Valhalla — appear in Donald E. Dossey’s “Holiday Folklore, Phobias & Fun,” where the author explains why the number 13 is considered unlucky, a superstition that has also seeped into the world of real estate.

Why Don’t Buildings Have A 13th Floor?

In a 2018 tweet, the Otis Elevator Company, which is the world’s largest manufacturer of vertical transportation systems (think: elevators, escalators, and moving walkways), revealed the reasoning behind why some buildings don’t have a 13th floor.

The tweet read: “#DYK that many U.S. hotel and office buildings skip floor 13 for commercial and residential use? Due to the superstition associated with the number 13, the unlucky number is often omitted from elevator panels and stairwells.”

Indeed, by avoiding potentially jinxed floors, superstitious developers and property owners hope to ward off any bad luck that may befall the building during its construction and avoid any negative consumer sentiment toward the ill-fated number once the project is complete.

This is why many buildings in NYC and other cities worldwide commonly omit the thirteenth floor, labeling it as 14, 12A, 12B, or some other designation instead.

Why Don’t Hotels Have a 13th Floor?

In the same vein as office and commercial buildings, hotels often skip the thirteenth floor to dodge any bad luck that may be associated with the number.

The Essex House in New York City, for example, refers to its 13th floor as the “14th” on elevator buttons. Another landmark hotel in NYC, the Sherry-Netherland, also skips the 13th floor on its elevators and room numbers.

In 2007, USA Today and Princeton-based news outlet Gallop conducted a poll that further confirmed why some hotels are wary of the number 13. “Triskaidekaphobia has significant economic implications,” the report read, citing that 13% of Americans were “bothered” after being assigned a hotel room on the 13th floor. (Let’s pause here briefly to note the irony in the poll numbers themselves; perhaps it’s these 13 percenters who have kept the fear of 13 alive!)

The report goes on to explain that “developers of hotels and office buildings have to make the decision whether to include a 13th floor to avoid [occupants’] superstitious desire[s] to avoid working or staying on such a floor. Many hotels in Las Vegas, where luck and superstition are important psychological factors, do not have 13th floors, and other large hotel chains routinely skip from the 12th to the 14th floor, although, technically, the 14th floor is really the 13th floor of that building.”

So, why don’t hotels have a 13th floor? The answer appears to be a combination of superstition, psychology, and market capitalism, a system known for its creative solutions to profit-hindering problems.

Other Places Where the Number 13 is Unwelcome

Interestingly, the superstition of 13 is not just limited to hotels and office buildings. It also crops up in areas such as air travel, where some airports have taken it upon themselves to skip gate 13, and healthcare, with some hospitals cutting room 13 and going straight to 14. Furthermore, many airlines, such as Iberia, Air France, and Ryanair, don’t have a row 13 for the same reason.

In Florence, Italy, house numbers between 12 and 14 are usually addressed as “12 1/2.” In France, there was once a tradition where socialites known as quatorziens (“fourteeners”) would make themselves available to be the 14th guest at a dinner party. This was believed to keep the party from being unlucky and definitely to prevent a disaster of Loki proportions.

The practice of skipping 13 is far from universal, however, with some countries not adhering too much to superstition. For example, in China, the number four is considered unlucky, as the Mandarin word for “death” — pronounced sǐ — is a homonym for “four.” That’s not to say that all buildings in China have a 13th floor. In some cases, both the fourth and thirteenth floors are omitted entirely.

The superstition of 13 is still alive and well in today’s culture, with a long history dating back centuries. Although some people may overlook its significance, others are prepared to go to great lengths to avoid the number altogether. Indeed, the practice of not having a 13th floor in hotels and other establishments is a powerful example of the phenomenon’s ability to shape the decisions we make in our lives.

So, whether it’s a real estate development or an airport gate, the number 13 is often met with a shrug, and a “no thank you.” But it may also elicit a chuckle from realists who can’t be bothered to be bothered by what’s often a silly superstition.

Still, perhaps it’s best to avoid being guest number 13 at a dinner party. You know. Just in case.