Where to Get Good Soup Dumplings in NYC 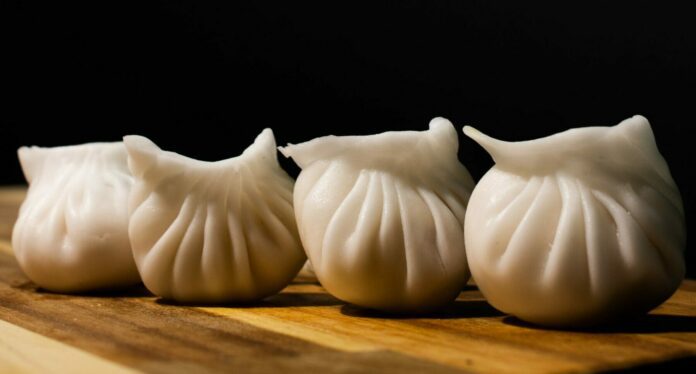 For centuries, xiaolongbao (小笼包), literally meaning “little basket buns” and referred to in English as soup dumplings, have been a cherished delicacy in China. Chefs have experimented with seafood, meat, and other savory flavors to create the most delicious recipe imaginable.

To prepare the steamed buns, chefs would knead dough made of dumpling flour for the perfect consistency. Afterward, they would add an aspic, a gelatin-like substance, of meaty flavors inside each dumpling. Once the dough is folded into tiny buns, the dumplings are steamed in a bamboo steamer to melt the aspic, creating a soupy texture.

For decades, chefs have opened restaurants in NYC to bring these delicious recipes to locals. As time passed, soup dumplings became a favorite for many New Yorkers of various walks of life. During that time, soup dumplings became the talk of the town. Today, businesses are increasingly opening in new locations throughout the city to serve New Yorkers this bamboo-steamed delicacy. During this Winter season, we’re bringing you the top places to go for the most delicious soup dumping servings.

This Michelin-recommended restaurant, originally located in Flushing, is a city-wide favorite for Shanghai-based cuisine. They’ve recently announced that they’re expanding and opening up new locations in Cherry Hill, NJ, and K-Town in Manhattan. Their good reputation lies in their signature soup dumplings, made with freshly prepared dough and steamed to perfection each time. Its tasty menu selections are lucky soup dumplings, nan xiang soup dumplings, and crab meat & pork soup dumplings. This famous eatery also offers a variety of Chinese cuisine selections for customers to enjoy with their soup dumplings.

Joe’s Shanghai, located at 46 Bowery, has earned its title as a top-grade soup dumpling eatery. The founders have worked hard to provide their customers with mouthwatering Chinese cuisine every time. By doing so, Joe’s Shanghai has gained recognition in the press for its top-quality cuisine. Among its menu selections are the crab meat with pork meat soup dumplings, bringing customers rich, tasty flavors with every sip. More popular dumpling options are pork meat soup dumplings and pork fried or boiled dumplings.

For years, You Garden Xiao Long Bao has enchanted the taste buds of New Yorkers with its authentic soup dumpling platters. Located in Flushing and Bayside, it offers its famous soup-filled bun with crabmeat and abalone, made with fresh fish. Another notable menu choice is its lucky six soup dumpling platter—steamed with various flavors, including mushroom, pork, shrimp, Indian aster, crabmeat, and squash. Locals also enjoy the tasty peking duck, and other notable menu options.

Tummy rumbling? Check out other places to eat and drink in the New York City area.

Previous articleFatty Sundays: A Sweet Holiday or Anytime Gift
Next articleBreaking Down Inflation and What It Means For the Average Person
YOU MIGHT ALSO LIKE
Business

Most Famous Artists in NYC

Office Exodus – the End of an Era, and the Beginning...