Breaking Down Inflation and What It Means For the Average Person 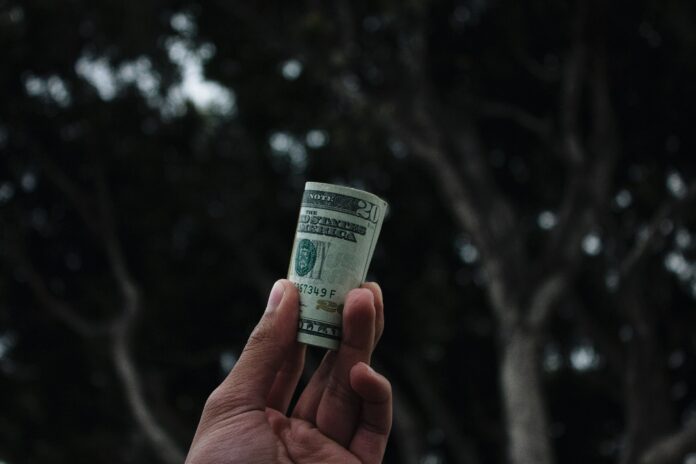 What exactly is inflation? In simple terms, it’s the decrease in the value of currency over time. But why does this phenomenon happen? Isn’t it simply inevitable? Doesn’t the government have something to do with it? And what does it mean to me, besides higher prices? We’re going to attempt to answer all these questions, and more. Because a big part of inflation is a direct result of how we think about it and react to it. The rest all boils down to supply and demand, in one form or another. Even down to the supply of the currency itself.

Most people don’t realize the fact that whether inflation rises beyond a certain point or not, is partly determined by our reaction to it. Of course, there are different types of inflation, and some types happen regardless. For example, costs of core supplies like metals or wood typically rise due to a combination of dwindling supply mixed with a high demand for the product(s) made from these materials. But even in this situation, it is the consumer that ultimately drives prices up by demonstrating a willingness to pay more for the products. And of course, some companies profit from these situations when inflation becomes widespread.

Inflation can happen in any economy and to any industry, product group, commodity, or even service. Once an economy is infiltrated by higher prices in one major industry, it can have a domino effect on others. Although a significant portion of adults today have never experienced the major problems too much inflation can cause, a majority of us have. And since how we think about inflation directly affects it, it’s about time we explain the hows and whys of it!

Believe it or not, much of inflation is only partially understood and is not controlled by the government. However, it is monitored closely by the central banking system of a developed economy, in the United States, this is the Federal Reserve. If inflation starts to get out of control, the Federal Reserve takes counteractive measures such as limiting the supply of money and credit available, which will increase the value of the currency, especially in an economy inundated with too much for proper economic growth. This is widely believed to be the primary cause of inflation – too much money circulating too fast, or a sudden influx of considerable cash, as this devalues the buying power of the currency. Other factors such as interest rates can also affect inflation. And depending on your specific financial position and personal outlook, especially if you have tangible assets such as real estate, inflation may not have such a negative impact. After all, this means your property value and other assets go up. So, you see – it’s complicated.

The second type, cost-push inflation, is what we briefly touched on earlier regarding rising costs of materials. When prices rise due to production costs and costs for raw materials rising, this is cost-push inflation. When the added money supply and credit is channeled into a specific commodity or other asset markets, this can cause a negative economic shock to the supply of key commodities, and prices on many various intermediate goods also rise.

There are two main price indexes used to measure inflation. The main one is called the CPI, or consumer price index, and multiple types of goods and services are selected according to categories, and prices are tracked. It’s a measure of the weighted average of prices in a basket of goods and services that are considered primary consumer needs. The categories are food, transportation, and medical care. The CPI is calculated on a monthly basis and dates back to 1913, and identifies price changes that relate to the cost of living.

What Does it Mean for the Average Person?

So now that you know all about inflation, what does our current situation mean for the average person? Well first off, who the average person is, exactly, matters! Demographics and personal perspectives show that opinions vary widely, depending on the group surveyed.

What we do know, is that right now the current rate of inflation taken annually in October 2021 is 6.2% – the highest rate since November of 1990. And that’s about it! We are living in unprecedented times, post-pandemic, so there are multiple varying factors at play. This makes any sort of predictions for the future nearly impossible. But depending on your personal perspective, there are both pros and cons of inflation. Obviously, inflation hits lower-income families hardest, and in a nation already suffering from the effects of COVID-19 and all its variants, this could be catastrophic for so many. To put things into perspective, in December, out of the 100 most populous cities in the U.S., more than 50 cities grew less affordable in terms of housing.  But recently the Federal Reserve has announced plans to begin fighting the costs of inflation, and in an uncertain economy, this is necessary. We are in a brand new world, and the main thing we can all do is hang on – it could be a rough ride, folks.