The Legacy of Doris Diether and Greenwich Village 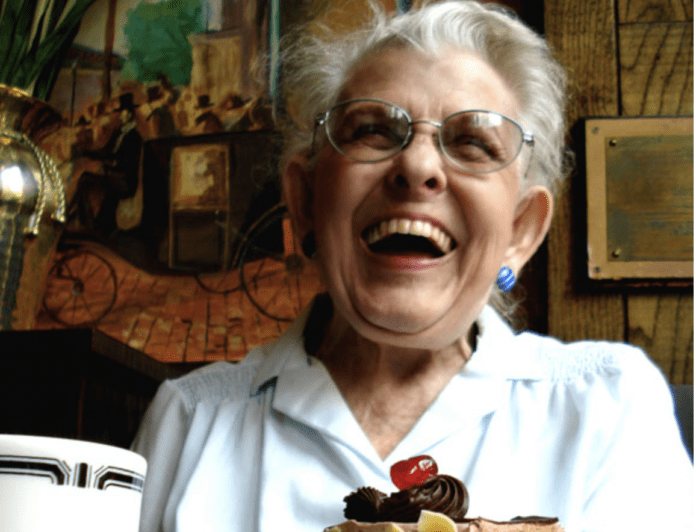 Every day she could, a legendary but down-to-earth woman made her way through Washington Square Park, where residents and locals treated her like the celebrity she was. Doris Diether, affectionately dubbed “the Queen”, the “Greenwich Village Guardian”, the “Zoning Maven” and the “Grand Dame of NYC land use”, died at 92 years old, September 16th, 2021. She will be sorely missed, and never forgotten for the significant contributions she made to a community she loved dearly.

Many tributary articles have already been written about this amazing lady, as her life story is absolutely fascinating. This article will chronicle some of the lesser known tidbits from her singular, colorful life – along with her major accomplishments.

Born in 1929, Doris was a strong woman from the start with unassailable opinions. She was fierce, and willing to take action to fight for what she believed in. As a result, she made numerous significant contributions to the community she lived and breathed. Ms. Diether helped shape and preserve the unique culture and architecture of Greenwich Village itself.

Around 1950, Doris came to Greenwich Village and lived at the Hotel Albert on University Place and 10th Street. One morning her father came to visit and found the conditions of the hotel shocking and unsuitable, ordering her back home immediately.  She recounts that the desk clerk was drunk and a woman propositioned her father to perform a sexual act in exchange for a bottle of liquor. Topping things off, her more conservative father uncomfortably shared the elevator with a gay couple making out passionately. Somehow, Doris managed to talk her way out of packing her bags!

A couple of years later, she moved into the Colbert Hotel which was on Washington Place near 6th Avenue, where she had inadvertently moved into a lesbian hotel. While there, she used a shared restroom closely guarded by a lesbian couple that routinely harassed her to “come out and play” with them. She had to listen for them, running to the bathroom and locking the door quickly when it was safe, then quickly running back to her room and locking the door, where they would follow and relentlessly knock and call out to her.

At yet another hotel, she caught her then-new husband, Jack Diether, sneaking a nightly visit and talking with the local prostitutes that were temporarily displaced, taking up spots on the hotel’s front porch. She laughs heartily at the experience, saying, “I killed that!” Yet despite these early experiences, Doris came to love, live, breathe and crusade for the diverse, LGBTQ2+ friendly community that is a significant portion of Greenwich Village.

It all started in 1958-1959, shortly after Ms. Diether moved into the 107 Waverly Place basement apartment with her husband Jack (who passed away in 1987). It was at this time that she became involved with the Save the Village project, joining with another small organization of people trying to accomplish the same overall goal. Their campaign was aimed against the notorious Parks Commissioner and power broker Robert Moses, and his plans to dramatically change Greenwich Village. One of their first accomplishments was  the group’s successful preservation of Joseph Papp’s Shakespeare in the Park Festivals and productions in Central Park. These well known events remain free to this day, despite Moses’s attempt to charge admission – which Papp would not do.

Other noted accomplishments included stopping Moses’s plans to route city buses through her beloved Washington Square Park and for saving the music in this park that had been  threatened by mounting noise complaints. Another successful crusade was the blocking of  plans for the Lower Manhattan expressway that would have run through Greenwich Village. Doris’s work in establishing the Greenwich Village Historic District played a huge role in preserving the architecture and community of the neighborhood. 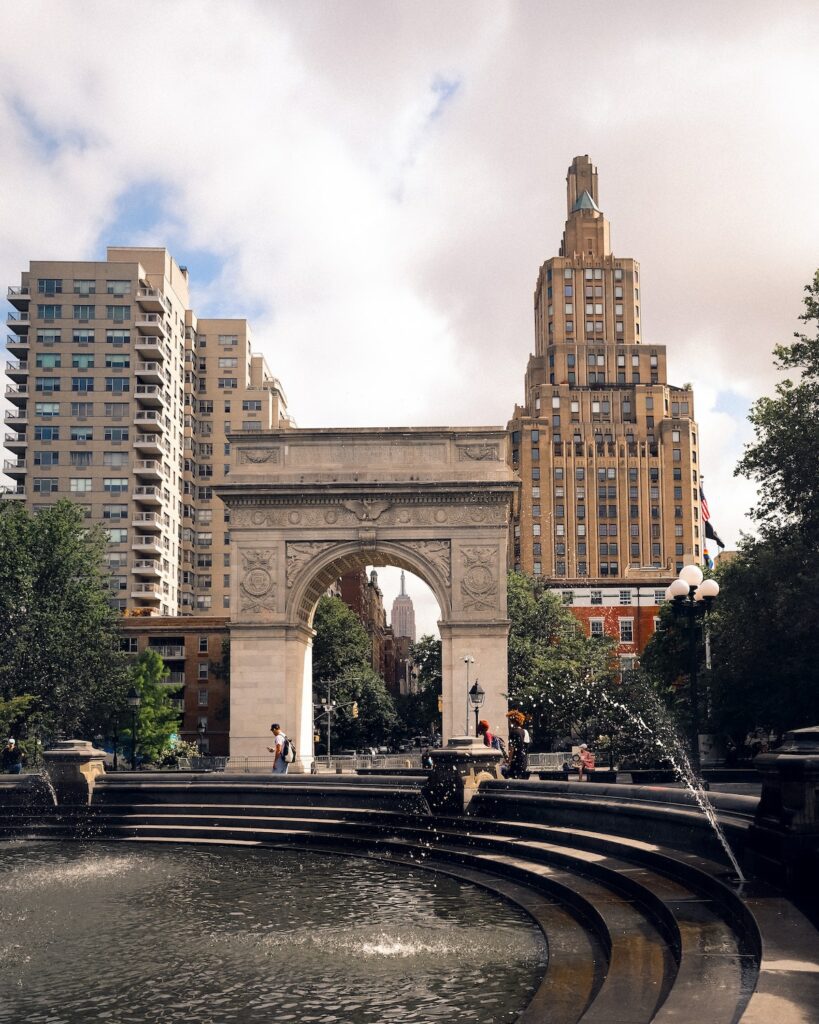 Ms. Diether was named to Community Board 2 of Lower Manhattan back in 1964, largely due to her expertise (self-taught) on zoning laws. She held that position until the day she died, spanning nearly 60 years of service in total. Her additional achievements are perhaps too numerous to list.

Doris also identified herself as a staunch “Rockefeller Republican” (referencing a past Governor of New York), amidst all the cultural diversity.

She loved her cats, as well as the pigeons and squirrels in Washington Square Park who often ate right from her hand. Doris Diether was adored by her community, and her memory will be kept alive by those who knew and loved her.

Greenwich Village – Then and Now

Greenwich Village, at the beginning of the 20th century, was known for low rent, picturesque streets,  tolerance for individualism, and radical non-conformists. But by the end of the 1920s, the Village had also begun to attract artists of all types – painters, sculptors, writers, poets, actors, comics, puppeteers and more.

By 1926, Greenwich Village saw its first luxury apartment towers along the Northern edge of Washington Square Park. Run-down row houses were remodeled into artsy flats for rent. Then came the Great Depression and new construction came to a halt. 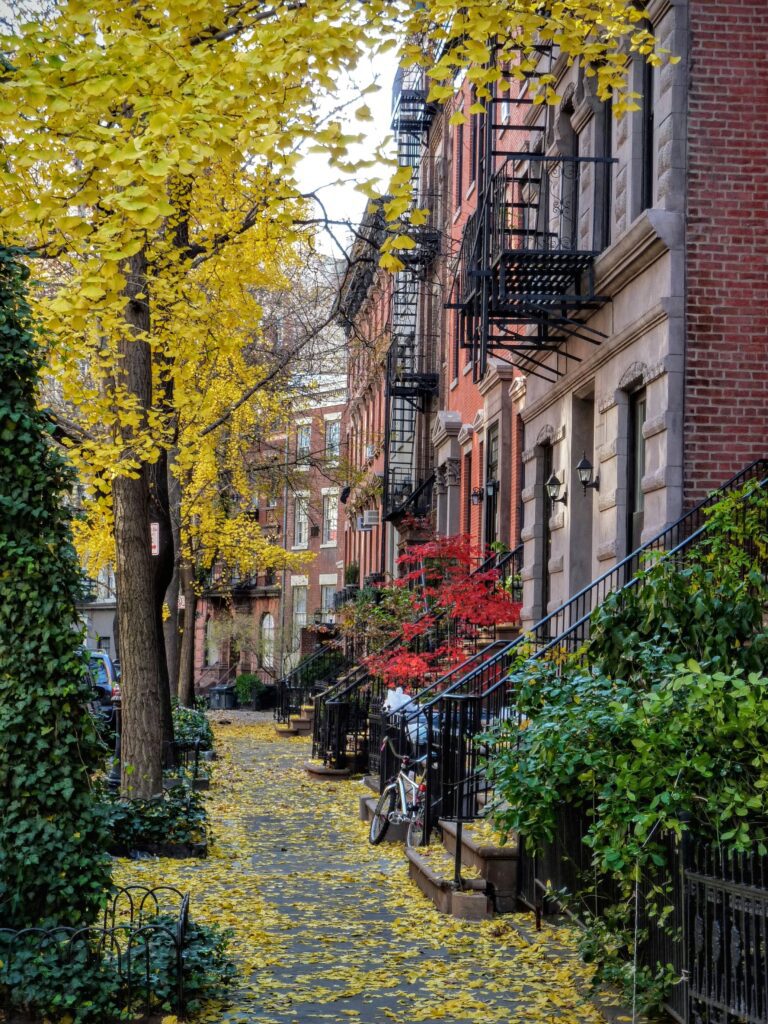 The Historic Preservation Movement, spanning from the 1940s to the present, was one of Ms. Diether’s most cherished causes. In 1969, 2,035 structures became protected under the Greenwich Village Historical District. The area covered most of the West Village from 6th Avenue to Hudson Street. Today, most buildings in Greenwich Village are being designated historical landmarks for preservation. The Village has a singular reputation for its charming appeal, artistic population, and ideal location in the heart of Downtown Manhattan.

In celebrating the life of Doris Diether, we see a strong woman who believed in fighting for her beliefs. When she witnessed injustices around her, she did something about it. Though formidable and opinionated, Doris was patient, loving, and kind to others. She made a difference in her community – and the community embraced their champion.

Thank you for your living example for all of us, Doris Diether – you will be deeply missed.