Tenacious Tenants Hit the Jackpot in Port Morris, the Bronx 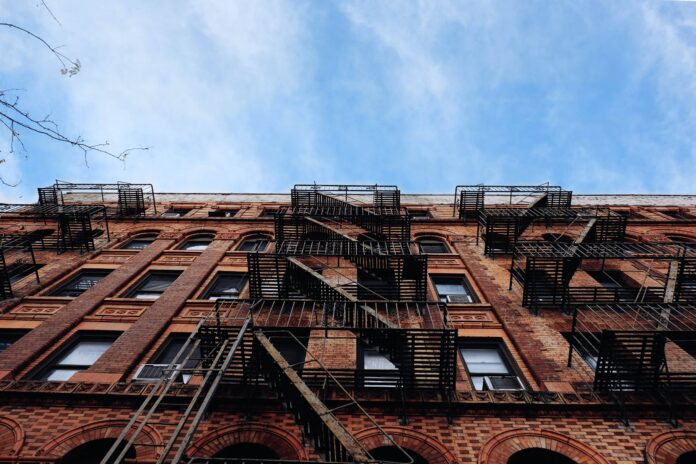 Residents of a 21-unit apartment building in Port Morris, the Bronx, definitely must feel like they hit the jackpot. Their problems started with a new landlord who purchased the building for $4 million dollars, and immediately began to harass them about raising the rent, new rules etc. Several people talked about possibly having to move. But these tenants formed a successful, organized association. And they ended up being a force to be reckoned with, the new landlord found out – the hard way. Now, they will soon own the building.

Over half the co-ops in the United States are located here in NYC, where the first co-ops were developed back in the 1800s. Major development of co-ops happened the 1920s, when unions sponsored more than 10,000 limited-equity co-ops here. But co-op development nearly halted in the 1970s, when Nixon ended federal subsidy programs funding many of them. Now, condos are more prevalent on the market, at any given time – and more modern in NYC, found more in outlying neighborhoods that are now seen as hip, thanks in large part to new development. DUMBO is a perfect example.

But something many New Yorkers might not know about, is something called a Housing Development Fund Corporation co-op, or an HDFC co-op. In fact, there are only about 1,100 of them, out of the approximate 7,100 co-ops in NYC, and most rental buildings converted to co-ops happened decades ago. Co-ops are often exclusive and difficult to get into, but they can also be affordable housing options – especially HDFC co-ops. The people who invest in an HDFC co-op building are purchasing permanent affordable housing for themselves, and in this case, this group of tenants will get to form the Board and create the foundation of what is and isn’t allowed, from now on, in this building.

Co-ops are notoriously complicated, and an HDFC co-op is also quite different and complex. Here’s one way to explain one aspect of it. When you purchase an apartment (instead of just renting) or a condo, it is considered real property you own, inside a multi-unit building, plus a percentage of common areas. In a co-op, the building itself is a corporation, and you’re buying shares in it in exchange for a permanent lease for the space you occupy. A co-op is considered personal property, and they are collectively owned and operated by the ‘tenants’.

A tenant organizer in this case, Anna Burnham, introduced the tenants to the Urban Homesteading Assistance Board, a nonprofit that supports these HDFC co-ops and helps to convert them. This Board guided them through the initial process and how they could feasibly take over the building and purchase their apartments for an extremely discounted price, and sell them if they choose, for a limited profit. That was in 2019, and after this life-changing meeting, the tenants had the confidence they needed to win. Now, it’s just a matter of paperwork and $2,500 dollars each, to ownership of their apartments.

Several factors played their parts to make this highly unusual situation possible. NYC’s housing court backlog and slow-moving process, coupled with the eviction moratorium and an outdated city program all combined to create the perfect storm. Then, add in an already-struggling ‘mom-and-pop’ landlord, slowly realizing he’s made a poor investment.

And then, you have this incredibly unique, dynamic, singular force in a handful of determined tenants, who, you might say, had the good fortune of being in the right place at the right time. But mostly, it was this particular group of tenants, who clearly had “all the right stuff.” For them, this was beyond their wildest dreams! But they were determined, and their story is an inspiration to others – much needed during this time of economic crisis.

So who are these amazing people, anyway? What do they have in common? Just regular, average people trying to survive in the financial turmoil we’re all trying to cope with. The core group members mentioned in the original NY Times article are: Courtland Hankins III, Claudia Waterton, Lizzette Concepcion, Kevin Stone, and Josh Flores. Concepcion is on state assistance and can’t work due to health problems. Stone works in banking, while Flores is a nurse practitioner. Waterton works at a digital printing company, and was great with organization and administrative tasks. And Hankins, inspired by their journey, is now an advocate for the homeless, finding and fighting for homeownership possibilities of the impoverished.

The tenants varied greatly in everything you can think of – ethnicity, age, religion, income – you name it. What this ‘assorted mix’ of tenacious tenants did, is nothing short of a miracle. And without any funding from the government, it’s previously unheard of accomplishment. It took 5 years, fighting a complex legal battle and several attempts by the landlord in between to evict them, but the residents at 700 East 134th Street hung on for dear life – and now, they’re about to go down in history.

The landlord we’ve been speaking about is 56-year-old James Giddings, who, even though he engaged in the fight for the building at first, seems to be a decent person. From his perspective, he bought the building as an investment but didn’t realize how difficult it was going to be, or how long of a journey – especially with the pandemic causing even further court delays – it would be, before realizing profits. Costs were outpacing profits fast, and he knew with inflation also spiraling out of control, large rent increases were the only way to reduce his own expenses. He also faced high property taxes and below maximum occupancy.

During the fight, he tried to divide the tenants and get some to drop the case, promising special treatment and lower rent. At the same time, he fought others in court. But he eventually gave in, and agreed to sell the building to the highest bidder in this unusual case. The building is 21 units, and the high bidder paid $2.6 million. The Urban Homesteading Assistance Board (U.H.A.B.) was the nonprofit who bid highest, in a landmark case the organization actually took out a loan to provide funds for the deal. In an email, Mr. Giddings said, “I’m happy for the tenants (soon to be owners) and wish them success. The tenants were well organized and had great representation.”

A Lesson for Others

The fact that they stuck together from 2017 to the present and remained steadfast and true, is a testament to tenants who are struggling everywhere. Their message is clear: if you all agree and put each person’s skills to work towards a common cause, a group of tenants with nothing else in common can accomplish amazing feats. In the current climate of financial crisis and upheaval, this is a message struggling people being treated unfairly need to hear.

How To Sell Your Home Fast and Increase Its Value