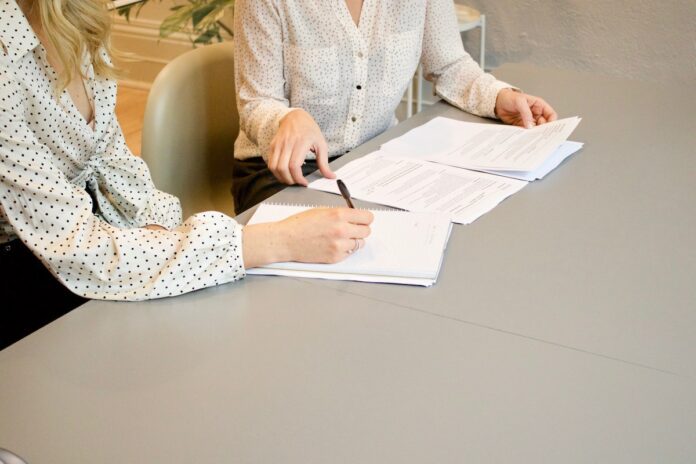 Last week, The Real Deal reported a game-changer in one lawsuit that so far has only been a distant threat to real estate agents, but from now on, will have everyone’s attention. For the past 3 years, there have been a couple of worrisome class-action lawsuits that have been sitting on the books, waiting patiently for their rightful days in court. There’s recently been an alarming development in one of these cases. And the other one looms in the background. If either of these cases is successful, the industry itself will be both endangered and hugely impacted, with financial implications of an almost unimaginable scale.

Judge Stephen Bough elevated one of two federal cases before the Supreme Court presently to grant class-action status to the lawsuit, raising this particular threat to a new level. The lawsuit puts real estate agent commissions under the microscope once again, which has been done multiple times. However, the timing of the two cases presented in the spotlight comes at a precarious moment for agents and brokers everywhere. President Biden announced a probe we covered at the end of 2021 into the commission structure of real estate agents. Technological advances have also threatened to squeeze the role of agents from existence, with the emergence of proptech and other would-be disruptors of the industry.

Do We Really Need Agents?

A real estate agent’s role has been called into question before, of course, and particularly when a buyer or seller is in the position of hiring one. Time and time again, however, it’s been found their roles are indeed both valuable and necessary. So what does an agent or broker provide to the client that they would otherwise be lacking? Expertise – to put it both simply and bluntly. Let’s go over this in detail to bring these facts into the spotlight as well.

A real estate agent’s role is multifarious. The first thing an agent does is assess and discuss the individual situation before them. In other words, if we use a seller situation as our first example, the agent first evaluates the home and the homeowner as far as why they’re selling and what the goal is, as well as the house itself and the value of the asset. This is one of the greatest services the realtor brings to the table. Keep in mind the fact that the agent deals with buying and selling houses all the time, as this is what they do – they know what buyers want.

One of the biggest mistakes homeowners make is overvaluing their house, or otherwise miscalculating improvements they’ve made, etc. Pricing the home is always best left to a professional, and that’s exactly what a real estate agent is. Often, the agent or broker will pay for the house to be staged and photographed professionally for the listing photos, which play a huge part in the selling of the house, as well as how much the sale price ultimately can be. The real estate agent will be able to get the absolute best photographs that show your home in the best light possible to buyers. This is part of their job description.

The agent is responsible for all the marketing techniques for the sale of the house, as well. All showings, open houses, and advertising strategies are arranged and coordinated with the owner by the realtor. If an offer is made, the agent presents it to the seller, and then negotiations can take place if the owner is interested in accepting the terms. The agent is crucial during this time, as well. They will ensure their client is represented fairly and that items are negotiated properly and in the client’s best interest.

From the time the agent is brought into each individual situation until the transaction is complete, these hard-working people are essential for the best representation of each party. Because the entire process is very likely the largest and most significant transaction most of us will ever make, it just makes sense for us to hire a professional to help ensure we are protected and represented in the best possible way. This is the primary reason the majority of people everywhere find the services of a professional real estate agent both essential and irreplaceable.

The federal lawsuits at stake bring the issue of commissions for these professionals into question. We are charged with determining what a fair price is for these representations we value. But is this not an issue that should be determined individually and only by the parties involved? Perhaps the amount should vary by case, a matter of negotiation left to the agent and the client. The standard percentage is something that could be negotiated between transactions, depending on a variety of factors. This type of reevaluation seems much more reasonable than what these lawsuits not just propose but could imply.

Realtor commissions are already negotiable, contrary to popular belief. It’s something each party has the ability to dispute during contract negotiations. In fact, the only time these fees are strict and predetermined is with most iBuying and proptech options that are slowly attempting to squeeze out the agent’s role as it is, as we currently see with disruptors like Zillow and Opendoor.

The lawsuits referenced in two different TRD articles could have catastrophic effects on real estate agents across the country. The one just received class-action status, if successful, will give home sellers in 4 MLS areas of Missouri who paid a commission to a buyer’s agent, all the way back to 2014 until now, the ability to sue for 3 times that amount, under the Sherman Antitrust Law. The second lawsuit offered to represent any home seller who sold property and paid a broker commission over the 4 years before 2019, including areas in Texas, Maryland, North Carolina, Ohio, Colorado, Michigan, Florida, Nevada, Wisconsin, Minnesota, Pennsylvania, Arizona, Virginia, Utah and the District of Columbia.

The fact is, there’s a lot that could be done to improve the home buying and selling process. Technology has changed the way we live in so many ways, offering conveniences we never could have imagined in the 20th century. During this time of incredible growth and change, we’ve seen the transformation of entire industries with the adaptation of exciting new technologies. And people welcome the changes, reveling in the simplicity and convenience they offer. But perhaps eliminating real estate agents is not necessarily the wisest decision. Just a thought.