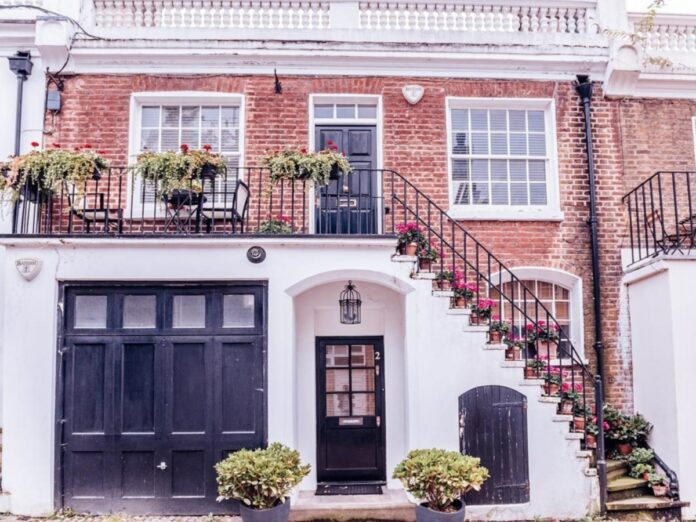 In case you’re a little behind on the iBuying rave, Zillow Offers, in their big attempt at being a “market-maker” beating out the competition, met its ultimate demise and began its downward spiral.

Billionaire Rich Barton, co-founder and returning CEO, had to admit to his first failure, at least publicly. After their epic announcement and humble letter to shareholders, who incidentally were shocked, Zillow Offers began their wind down process last week. Doing so made headlines with the sale of 2,000 homes across 20 U.S. markets to Pretium Partners. We had heard an estimate of over 7,000 homes Zillow Offers needed to sell post-announcement, but as it turns out the company, a subsidiary of Zillow Group, now reports 9,800 homes in need of new owners and 8,200 homes still in escrow under contract. Now, call me crazy, but I get a total of 18,000 homes. Just one of the “discrepancies” since revealed, but alas – that tidbit is old news.

Who is Pretium Partners?

The next natural question is, who is this Pretium company? The answer to this whole convoluted mess may surprise you. Pretium Partners is a New York based private equity firm founded in 2012, that now advertises managing $30 billion in assets, with a focus in real estate, mortgage finance and debt. In addition, Pretium has previously announced that not only are they the largest private landlord of single-family rental homes in the U.S., and in over 15 markets and 26,000 homes strong, already – news from 2018 – but that they were planning to start purchasing their own (upscale) homes, renovating them and renting them. In the 2018 article, they had already raised over $2 billion in funds to this goal, and had already purchased 5,000 homes. Today, just 3 years later, Pretium purportedly owns 70,000 homes and reports the business has been successful. Private, upscale = high rents.

But the problem is, they aren’t the only ones. With Zillow Offers’ inventory, the failed iBuying venture has inadvertently created a new investment opportunity and resource for the most lucrative of these firms today. Evidenced by the other two companies mentioned as having preliminary discussions with Zillow regarding chunks of their leftovers – American Homes 4 Rent and Invitation Homes, Inc.

The Feds Started It

Believe it or not, back in late 2011, while our country was still suffering the effects of the housing market downturn from 2008 to an all time low in 2012, the Federal Reserve created a plan to “heal” the market, suggesting the big business of purchasing large numbers of single family homes for next to nothing and “financializing” rents, promoted by then-Chairman Ben Bernanke. This, you see, would kill two birds with one stone for the government. The GSEs – i.e. Fannie Mae, Freddie Mac, etc. – the U.S. Treasury, and the Federal Reserve schemed a plan of restructuring for these particular large transactions involving the disposal of hundreds of thousands of bank-owned homes (REO). Again, a suggestion was made by the Federal Reserve – PE firms were the ones in the kind of cash position to help, as well as benefit, from this plan. So the FHVA, incidentally the GSE controller, launched a pilot to develop structured transactions that could be utilized for offloading REO homes in bulk. This private market then followed by developing and standardizing financial tools to allow a more broad investment opportunity for the conversion of foreclosed homes into rentals – and became a prime focus for a fantastic business opportunity. Coincidentally, right when Pretium was founded.

So the final piece of evidence here is what undoubtedly ties it all together like one giant Hefty garbage bag. Only one burning question remains: who owns Pretium Partners?

The answer – is none other than Don Mullens, Jr. – yep, that’s right. Not the actor – the real guy. You know, the one they wrote the book and made the movie about – “The Big Short”? If you still don’t know what we’re talking about, look it/him up.

Incidentally, he’s also the same guy who made headlines earlier this year for evicting over 1,300 struggling residents, oddly simultaneous with the eviction moratorium that went into effect the very same month, during the pandemic. (Pretium Partners is the parent company of Front Yard Residential and Progress Residential, currently under investigation for the evictions.) Blatant disregard for the government’s order, oblivious to any sense of right or wrong, it’s almost as if Pretium’s owner is above the law.

Perhaps his role in this scheme is even deeper. Although we may never know for sure, one thing is certain – there will always be those who profit from other people’s pain and suffering. Could Pretium be heading towards a monopoly of the housing market? What could this mean for real estate agents and brokerages like Compass? Or listing sites such as StreetEasy or RealtyHop? Where will they fit into the iBuying ripple effect? But now, the most important question remaining is one we must ask ourselves: are we willing to ignore the facts we do know?

Zillow and iBuying have been in the news a lot recently. Need to catch up on all the juicy details? We’ve got a collection of articles guaranteed to make you the most knowledgeable person on real estate at your next dinner party.