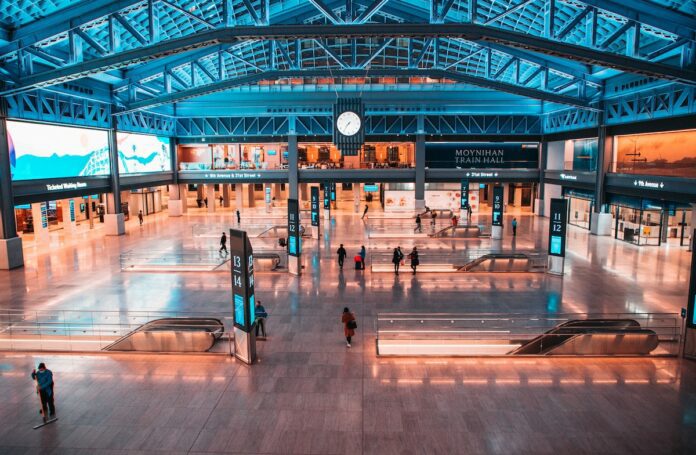 Update: As of July 22nd, 2022, the Empire State Development Corporation’s members unanimously approved a $7 billion plan to fund the Penn State redevelopment project. In addition to overhauling the regional transit hub, the surrounding blocks will also transform with the construction of 10 new skyscrapers. Under the new plan, New York, New Jersey, and the Federal government would share the costs of financing the project.

While the plan is not yet official, the Empire State Development Corporation’s unanimous approval of the plan puts the Penn Station redevelopment one step closer to finalization. Governor Kathy Hochul’s initial plan was dead on arrival, as it was widely criticized for not providing enough funding. One credible study found that her plan was as much as $3 billion short of where it needed to be.

The next step for the Penn Station plan is to receive approval from the New York Public Authorities Control Board. The board will likely take up the issue by the end of July, so the plan could clear its next hurdle shortly.

Governor Kathy Hochul and NYC mayor Eric Adams announced New York state’s funding plan shortly after the Empire State Development Corporation’s vote. The state and city would generate their portion of the project’s funding by collecting property taxes on the area’s ten new skyscrapers, with more than $1 billion expected for improvements to streets and public spaces. Additionally, taxes collected from the new towers would fund a portion of the improvements to the transit hub’s updated infrastructure.

Update: As of June 9th, 2022, the Penn Station Redevelopment Plan has reached the design phase. However, many are still skeptical where funding for these new developments would come from, citing fears that taxpayers might have to fit the bill.

Current Governor Kathy Hochul scaled down the project, deciding to focus on revamping Penn Station by removing an entire floor to open up the space for more natural light. The plan also calls for renovating several acres of public space and working with private developers to build ten new buildings around the train station. Hochul previously estimated the project to cost $7 billion.

This week, the City’s Planning Commission sent a letter to the Empire State Development Corporation for clarification on the financing and scope of the project. The letter claims that the whole project will cost $30-$40 billion, which covers the Gateway Project, a new Penn Station, and development plans around the station.

The Planning Commission believes that The Gateway project’s funding is secure. The federal government’s infrastructure bill will cover half of the $12 billion price tag, with New York and New Jersey each paying for 25%.

However, the commission is more uncertain regarding the midtown redevelopment. Financing for the ten new buildings surrounding Penn Station follows the same model as Hudson Yards. Financing relies on how much money developers can make on leases, which introduces a level of uncertainty. Hochul decided to spearhead the plan, which would introduce more density and affordable housing to the area.

Financing would come from a program called PILOT (payments in lieu of taxes), which would give developers a tax break in exchange for paying the state an agreed-upon fee that is kept secret from the public. The Hudson Yards development, for example, cost NYC taxpayers a staggering $5.6 Billion in tax incentives. Critics say that the same thing could happen with the Penn Station redevelopment plan.

The Penn Station project doesn’t need to go through the city’s typical zoning process or have to receive official approval from NYC government agencies. However, the state development agency will develop the project in coordination with the NYC Department of Transportation and Planning Commission, so they all need to be on the same page.

Eric Adams’ administration voiced their support for the governor’s Midtown project through a spokesperson.

“We look forward to continuing to work with the state to ensure the area around Penn Station is transformed into the world-class transit hub New Yorkers deserve,” Charles Lutvak, a City Hall spokesperson, said in a statement. “The city supports the state’s proposal for substantial new density along with transit and public space improvements around Penn Station, an area long overdue for upgrades. The City Planning Commission offered thoughtful input as part of an ongoing, collaborative process aimed at making the plan the best it can be.”