HomeReal EstateWhat Could be the Consequences of China Stagflation on the Global Economy?
Real Estate

What Could be the Consequences of China Stagflation on the Global Economy? 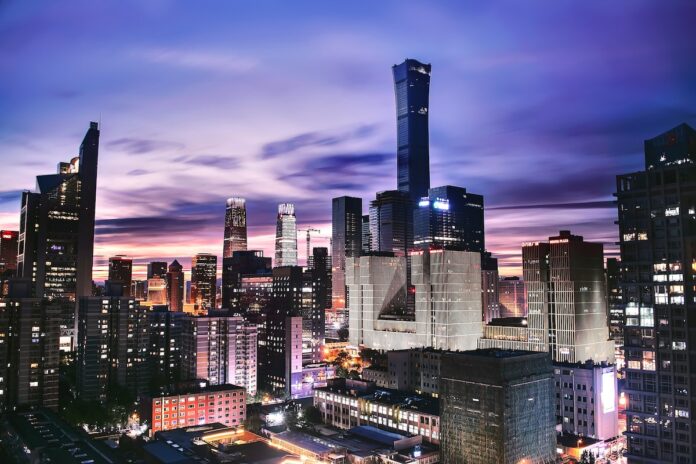 China has been making headlines with tales of its rapid growth for years. However, this momentum could soon come to a stop. Liu Shijin, an advisor for the People’s Bank of China, commented last weekend that the world’s second-largest economy was at risk for stagflation – a situation in which the pace of economic growth is slower than the inflation rate. Between new waves of COVID-19 outbreaks worldwide, the supply chain under pressure, and a significant debt crisis in the real estate sector, China’s economy is showing signs of slowing down.

The country’s economic growth was down to 4.9% in the third quarter in a year-to-year comparison, opposed to 7.9% in the previous quarter. China’s consumer inflation remains relatively low, with prices increasing by 1.5% in October compared to 0.7% in September. However, what is more concerning is the surge in the high producer price index (PPI). The indicator, which measures the prices factories charge wholesalers for their products, rose by 13.5% in a year-over-year comparison, reaching its highest level since July 1995.

It is distressing news for the Chinese, as the situation could potentially lead to higher unemployment and lower wage growth locally if the central bank implements harsher policies to attain a delicate balance between economic growth and risk management. However, the Chinese slowdown could also significantly affect the global economy, including the US market.

The general public learned more about the supply chain in the past two years than probably ever before. Amid chronic shortages, how goods reach their final consumer has become a recurring subject of conversations and concerns.

China accounted for 28.7% of global manufacturing output in 2019, 10 points ahead of the United States – the second-largest manufacturing power – and representing nearly 30% of the country’s total economic output. With inflation affecting the price of raw goods – and, more particularly, the energy costs – the consequences are far-reaching.

China relies heavily on its coal supplies to power its factories, a fuel source at odds with Beijing’s ambitious targets to cut carbon emissions. In addition, the country suffered heavily from coal shortages due to a perfect storm combining high post-pandemic demand, weather-related disruptions, and transport issues. As a result, coal prices have skyrocketed, sending manufacturers looking for alternative sources of energy.

The increased demand for electricity has become an ongoing concern. The centralized government has mandated power rationing for factories and businesses in a dozen provinces, leaving manufacturing plants in the dark and reducing shifts. As winter approaches and the demand for heating fuel is bound to increase, goods prices – both for local consumption and exportation – will likely reach new highs unless a solution is found. With inflation on the rise worldwide, the rising cost of Chinese exports will have far-reaching consequences.

Another major factor of the risk of stagflation lies in the stumbling real estate market, an industry that accounts for approximately a quarter of China’s GDP, according to Moody’s estimates. The country has been facing ongoing drama these past couple of months as one of the giants of the real estate industry, Evergrande, is at risk of failing, along with other major developers.

Colossal amounts of debt have largely powered the country’s construction boom. However, as the central bank considers taking measures that could help reduce inflation – including hiking up the interest rates and restricting lending policies – these giants may not be “too big to fail” after all.

In a global economy, issues with the Chinese real estate market are likely to spill over into foreign markets, including the US financial system and mortgage rates. However, the closed nature of China’s financial system could provide a layer of protection.

What should investors look out for regarding stagflation in China?

The world is more globalized than ever. As such, it is natural to keep a close eye on trading partners, particularly regarding the situation in major economic players. For now, the direction 2022 may take for the Chinese markets lay heavily in the hands of the local authorities – keeping in mind that China tends to have conservative monetary policies.

With new COVID-19 variants taking off and inflation rising worldwide, 2022 is likely to be a bumpy ride.