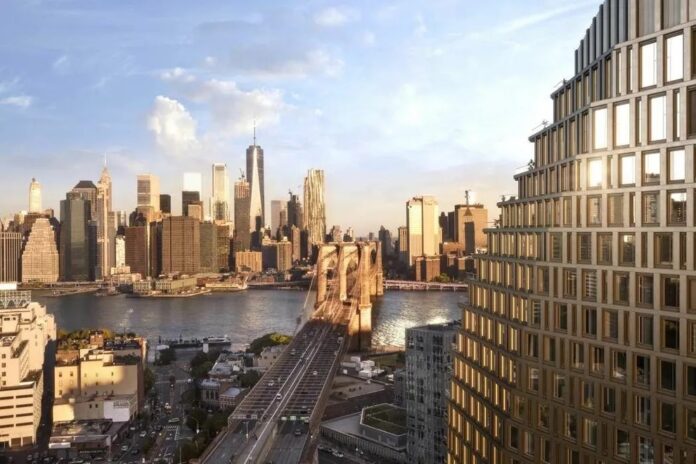 The year 2021 had more unprecedented numbers across multiple housing markets in the country than anyone could have predicted, for certain. New York City was definitely among them and was also one of the hardest-hit economies suffering the worst, from the pandemic. Buyer demand is now up, but so are house prices and rents. The NYC phenomenon is not predicted to slow down anytime soon, so we thought it would be fun to highlight some of the most fabulous new buildings in the heart of the City for this year. 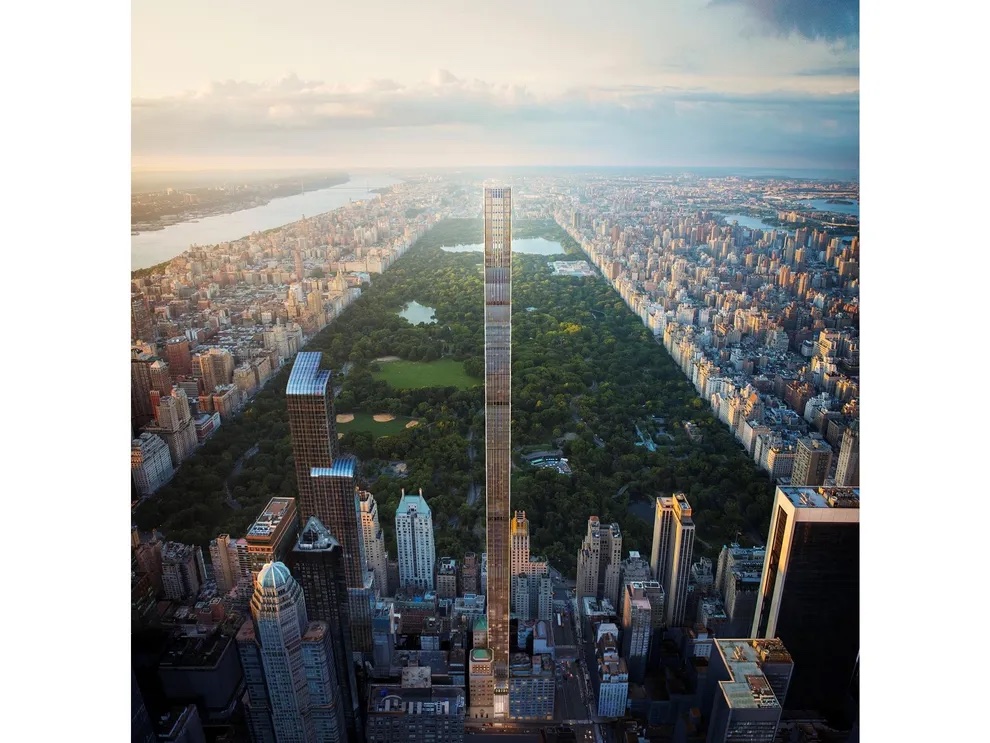 The Steinway Tower, formerly the 16-story Steinway building, is now a luxury tower skyscraper at 111 West 57th Street that just completed construction this year. The new tower adds another 84 stories and stands 1,484 feet high, making it one of the tallest structures in the entire country, and the 3rd tallest building in New York. It is the thinnest skyscraper in the world. Penthouse duplex #74 listed at $57 million, but now is off-market. Unit #29 is active for $16.5 million, a 3 bedroom, 3.5 bath, 4,492 ft² luxury condo by Douglas Ellman. The building sits on Billionaire’s Row near Sixth Ave., and residents have the most coveted views around, with Central Park to the North and a river-to-river view of the City skyline to the South. The original Steinway Hall was restored with the new tower construction that went on from 2019-2021. It now houses 60 luxury condos, 14 in the original base and 46 in the new tower. One of the most prestigious areas in Manhattan, this piece of major construction adds housing options and makes a huge contribution to the NYC skyline.

This building, shown still under construction, is expected to be completed in early 2022. It is part of a bigger project, but one worth mentioning. It will be the 4th largest office tower in terms of available space, in New York City, when finished. It’s a part of the Hudson Yards Redevelopment Project in Manhattan and will be 1,011 feet tall and 58 stories high. 80% of the 2,900,000 ft² of space has already been leased to Facebook, now Meta. This is just one of the new large spaces either leased or owned by the tech giants this year. The bigger project here is the development of this whole area and has an estimated cost of $20 billion. The megaproject will have 4,000 new residences and an Equinox Hotel with more than 200 rooms.

This is a rendering of what will be the Brooklyn Tower, which is nearly finished and expected to be complete in 2022. It’s the first supertall skyscraper in Brooklyn, as well as outside Manhattan, and will be 1,066 feet tall and 93 stories high. The Dime Savings Bank building is at the base of this structure and preserved from the 1900s, but the rest of the new primary part of the building will be residential. It will have 450 apartments and 150 condos when completed. It is quite a handsome structure, as well. 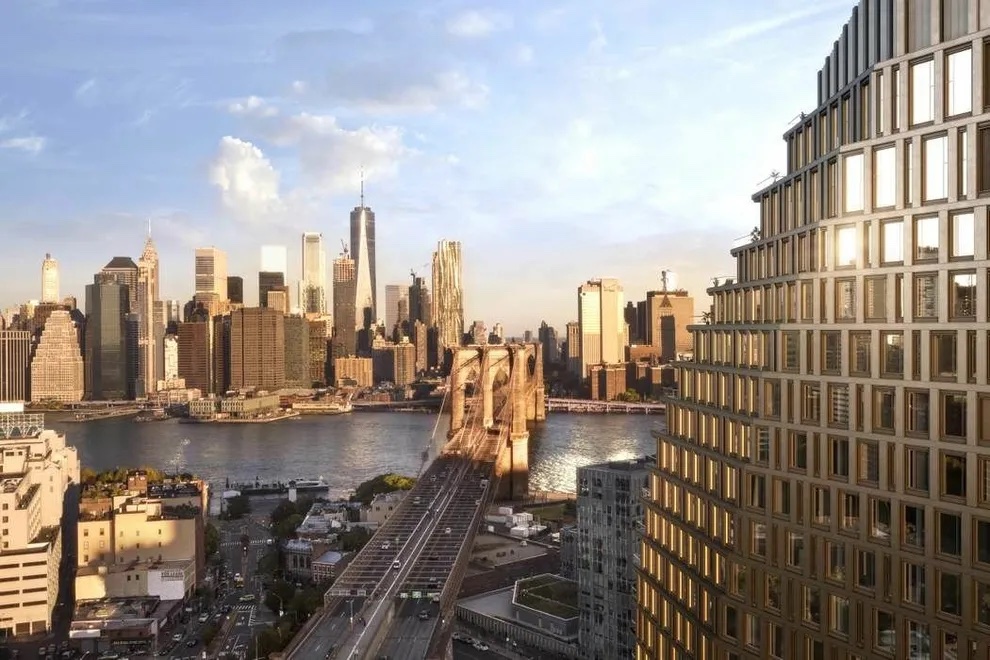 We’ve covered the Olympia in DUMBO earlier in November, but the building is innovative enough and worth mentioning again, even if just for the area itself. DUMBO has developed into a crown jewel neighborhood in Brooklyn and is recreated into a luxury place with buildings like the Olympia. Located at 30 Front Street, it’s known for having a tennis court at 75 feet in the air, situated on a rooftop terrace built right in. Luxury condos here officially went on sale in October and are being scooped up like hotcakes!

Quite frankly, there are so many new construction projects in NYC it looks like a brand new place. The industry has been booming even over the past year, especially since the worst of the pandemic passed. The housing market in nearly every borough has set multiple records in 2021, and housing market reviews and predictions don’t slow down much for 2022. Let’s just hope and pray prices and interest rates level out a bit, and inflation becomes a thing of the past. (A girl can dream, can’t she?)

Previous articleHow Life Sciences are Strengthening Commercial Development in NYC
Next articleHow To Live Like Your Favorite Sex and the City Character: Carrie Bradshaw
YOU MIGHT ALSO LIKE
Community