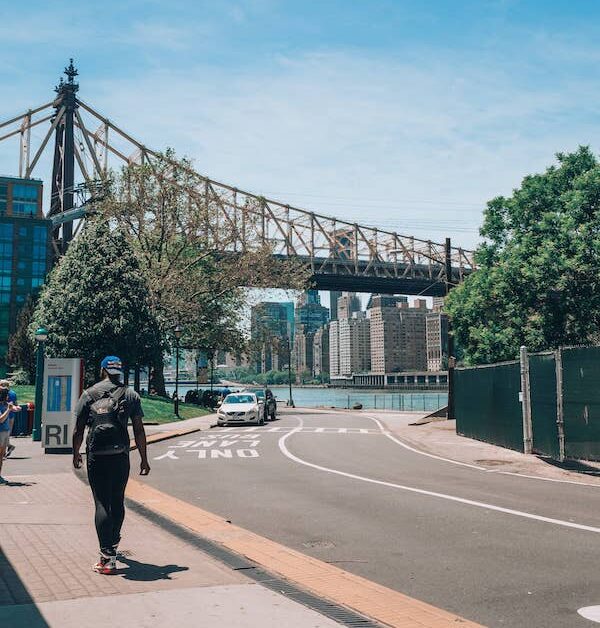 What is Roosevelt Island?

Want to spend your day off in the city, but not have it feel like NYC? Taking an escape to Roosevelt Island might be your answer. Sandwiched between Manhattan and Queens, Roosevelt Island is a narrow island that has a rich history. It was originally purchased from the Canarsie Indians in 1637 by Dutch Governor Wouter Van Twiller. The island was eventually taken over by Captain John Manning in 1666 after the Dutch surrendered to the English in 1664 and became known as Manning’s Island. Twenty years later, Manning’s son-in-law, Robert Blackwell inherited the island. The Blackwell family eventually sold the island to the City of New York in 1828 for $32,000. After nearly a century, in 1921 the island was renamed Welfare Island after the prison, asylum, and many hospitals that the city constructed throughout the years. The island only finally landed on its current name in 1973 when it was renamed in honor of Franklin D. Roosevelt, who was New York’s governor from 1929 to 1933.

The island has a lot to offer its residents and visitors. From a fantastic aerial tram that lets you get the best views of Manhattan’s Upper East Side to snapping pictures of the Smallpox Hospital from behind a fence, here are the best things to do and see on Roosevelt Island.

Things to Do on Roosevelt Island

Although this attraction is off-limits and fenced off, you can still see the ruins behind the fence. This historic hospital was built in the 1850s to treat people with smallpox. Built by James Renwich Jr., the hospital was also referred to as the Renwick Smallpox Hospital and eventually Renwick’s Ruins. According to Atlas Obscura, from 1856 to 1875, the hospital treated 7,000 patients a year. In 1875, the hospital was converted into a nurses’ dormitory, and by the 1950s the hospital had been abandoned by the city. However, in 1975, the Landmarks Preservation Commission took interest and declared the old hospital a city landmark.

The oldest tram in North America, the Roosevelt Island Tram runs every 10-15 minutes. Considered one of NYC’s most underrated tourist attractions, this tram ride is fast, easy, not crowded, and has the most beautiful view of the city skyline and East River. It costs the same as a subway ride and takes about three to five minutes to get from one side to the other. Since the tram is not meant to be a tourist attraction, but an efficient commuter rail, make sure to avoid riding the tram during rush hours. Also, note that the tram does not run every hour, so make sure to check the schedule.

Located at 500 Main Street, the Blackwell House was named after its owner Jacob Blackwell who constructed the house in 1796. Fun fact, Jacob Blackwell was the great-grandson of the same Robert Blackwell who took owners of Roosevelt Island (then known as Manning’s Island) back in 1686. This farmhouse is the last remaining house on the island that was constructed in a period of time when the island was still privately-held property. It is also New York County’s sixth oldest house. It was added to the National Register of Historic Places in 1972. Today, visitors can stop by the house for free to learn more about the island’s rich history through the treasures, records, and archives that are stored inside this historic building.

At the northern end of Roosevelt Island is this mid-19th-century landmark that was built as the main entrance to the New York City Lunatic Asylum. The Octagon also served as the administrative center of the asylum. The building’s famous rotunda design was done by New York architect, Alexander Jackson Davis. The design was even praised by a visiting Charles Dickens, who called the building “handsome” and the rotunda’s flying spiral staircase an especially “spacious and elegant” feature; but he further commented that the asylum had a “lounging, listless, madhouse air which was very painful.” Thankfully, that frightening air is no longer around as this landmark was converted in 2019 into a luxury green building. These days residents of the building can enjoy state-of-the-art and luxurious amenities. Non-residents should make sure to walk by the building and take in the signature five-story octagonal rotunda.

Check Out the Future Cornell Tech

Considered the tech hub of NYC, the Cornell Tech campus is a joint venture between Cornell University and Technion. With amazing architecture designed by Skidmore, Owings & Merill, and with James Corner Field Operations doing the landscape design, Cornell Tech is tech-savvy and pleasing to look at. The 12-acres campus isn’t expected to be finished until 2037, but the Bloomberg Center is open to visitors where you can check out the city’s first net-zero building, as it only uses electricity that it creates itself.

Located on the southern tip of Roosevelt Island, the construction of the Franklin D. Roosevelt Four Freedoms Park started on March 29th, 2010 following architect Louis I. Kahn’s original design (in fact, it was the famous architect’s last work). The park was completed on budget in September of 2012 and then opened to the public in October of 2012. A dedication ceremony was also held when the park opened including people like Bill Clinton, Andrew Cuomo, and Michael Bloomberg. The ceremony was where the Four Freedoms Park was officially designated a New York State Park by Cuomo. The park itself is beautiful containing 120 Linden trees, a 340-ft-long triangular lawn, a 60-square-foot open plaza, and a bronze casting of FDR. You can stop by the park to take in some wonderful views of the Manhattan and Queens skyline.

If you’re an art lover, be sure to check out the Roosevelt Island Visual Art Association (RIVAA). It’s a nonprofit arts group that works to promote the Roosevelt Island art scene. They boost gallery exhibitions, workshops, and community events. They converted a former pharmacy into Roosevelt Island’s first free gallery space in 2002. If you’re looking to find contemporary art, they are considered to have some of the best contemporary art around. They exhibit works by local and international guest artists.

Take in the Manhattan Skyline during Sunset

It’s golden hour and you’re wanting to see the last of the sun’s rays hitting the city’s skyscraper windows. Luckily, if you’re on Roosevelt Island, you can go to the island’s west side and have a front-seat skyline view of Manhattan’s Midtown and Upper East Side. No need for rooftops and ferries when you’re getting the most authentic and beautiful views from Roosevelt Island. Viewing the city skyline is the perfect way to finish off the day on the island.

Grab a Bite at the Graduate Roosevelt Island Hotel

However, if you’re feeling peckish, then consider grabbing a bite to eat at the Graduate Hotel. Designed by internationally renowned design firm Snøhetta, this is currently the only hotel on the island. The bright and modern hotel was designed to ensure unobstructed views of both Manhattan and Queens. Visitors can drop by to grab a bite at the hotel’s restaurant, Anything At All, then enjoy a delicious cocktail from the rooftop bar, the Panorama Room, while taking in the 360-degree views of New York.

Lynne has travelled and lived in over three different continents, but New York City is still her favorite. She is excited to share her love for great city and its community with everyone through her writing! In her free time, Lynne loves to watch cute and silly videos of cats, which may be the one thing that beats her love for NYC.

Previous articleCitizens Chinatown Renewal Fund and Night Market Bring Rejuvenation to Chinatown
Next articleJanet Jackson Lists NYC Condo for $8.995 Million
YOU MIGHT ALSO LIKE
Beyond The Building

How to Winterize Your New York City Apartment

Last Updated on 8 months by Nina Yu and Lynne Brooks