The History of the New York City Borough Flags 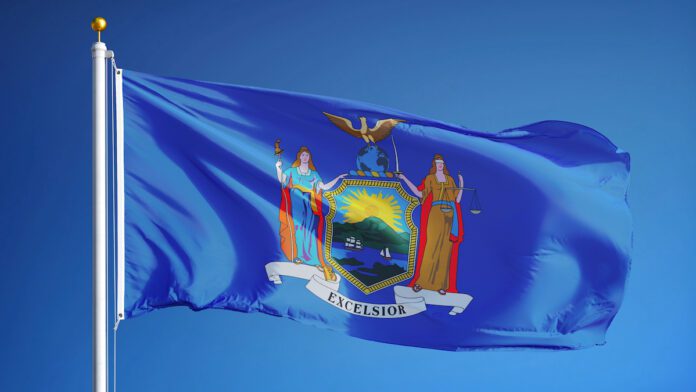 Every year on June 14 the United States observes Flag Day.  This is a way to commemorate the adoption of the country’s first official flag on June 14, 1777.  Not only does New York have its own official flag, but it also has a separate flag to represent each of the five boroughs.  Pretty interesting, huh?  We think so. 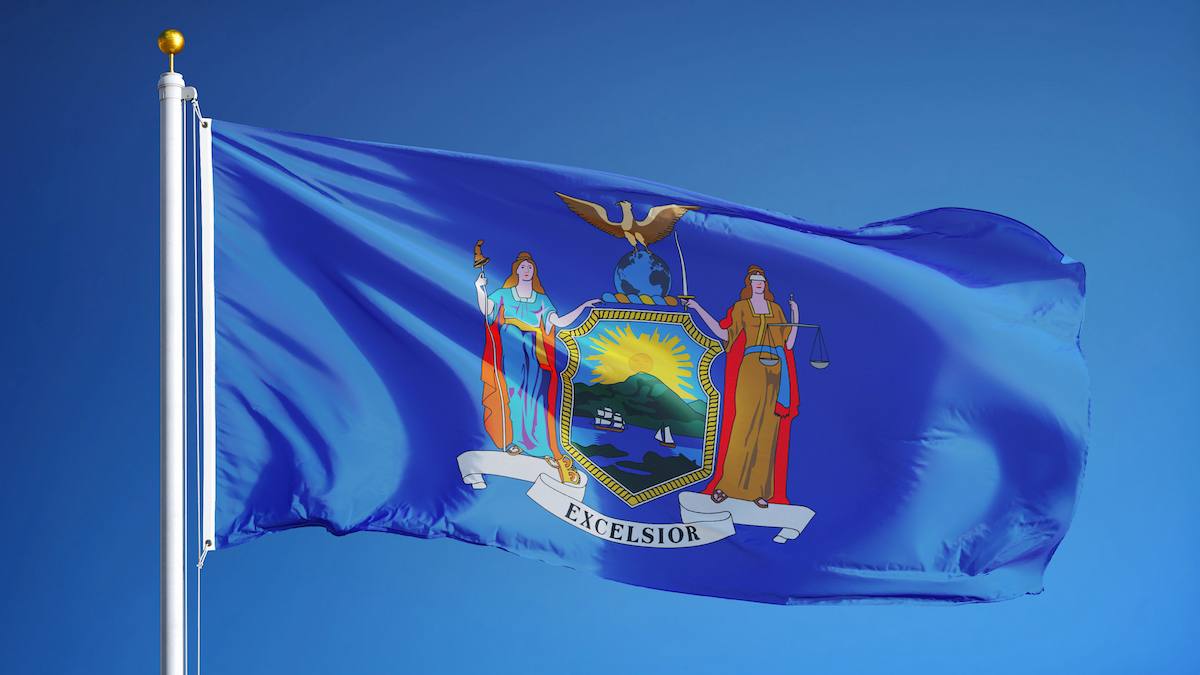 The official state flag of New York was embraced on April 1, 1901. Adorned on a dark blue field is the state coat of arms, which was officially adopted by New York in 1778.  Breakdown of the symbols:

The New York City flag has the same blue as the state flag on the left, orange on the right, and white in the middle. A circular seal is in the middle with a seaman and Native American. Between them are a windmill, beavers, and barrels. An eagle is perched above them.  The colors are symbolic of the Dutch flag. William I, Prince of Orange, flew it with the blue closest to the staff.  Breakdown of the symbols:

Created in 1912, the Bronx was the first borough to have an official flag.  It was adopted into city law in the 1960s.  The colors are orange, white, and blue, which were the original colors of the Netherlands when this was a Dutch colony.  Breakdown of the symbols:

This is the only other borough flag that was officially adopted into law.  It existed as early as 1860 when Brooklyn was an independent city, and the flag has not changed since.  The colors are white, blue and gold.  Breakdown of the symbols:

This blue and white flag, created in 1913, features nature most prominently.  Breakdown of the symbols:

Manhattan’s blue, white, and orange borough flag is by agreement, not by law.  It is similar, but not identical, to the official New York City flag.  Breakdown of the symbols:

The newest of the five boroughs, the Staten Island flag was originally created in 2002 and redesigned featuring natural earth tones in 2016.  Breakdown of the symbols:

Robin Shack is a freelance writer and editor. Her work has appeared in the Los Angeles Times, Amazon.com, Lagunasalt.com and sainteden.com

A Guide To Weeksville, Brooklyn