HomeLivingStrivers' Row and the resurgence of the Harlem Brownstone
Living

Strivers’ Row and the resurgence of the Harlem Brownstone 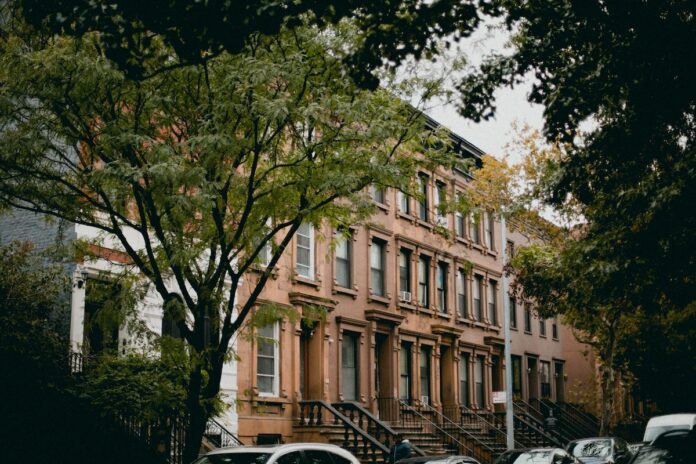 Historical significance, stunning architecture and quiet location have helped Strivers’ Row see a resurgence in recent years. While it does not have the prominence of other Manhattan neighborhoods like the West Village, Hell’s Kitchen, or Tribeca, this enclave for musicians, artists, and activists has a historical significance like few areas in the Big Apple.

Strivers’ Row is nestled between Adam Clayton Powell, Jr. and Frederick Douglass Boulevards from 138th to 139th. The four rows of elegant Harlem Brownstones were not always known as Strivers’ Row. When they were first built by real estate mogul David H. King in the late 19th century, the development was known as the King Model Homes.

The townhouses were designed with stables in the back to attract horse-owning suburbanites willing to pay the high prices that King demanded. To this day, the signage can still be seen  reminding people to walk their horses and park behind the homes.

The project was not without problems. When the Panic of 1893 caused a severe recession, New Yorkers began leaving the city in droves. As a result, King was unable to find buyers for the townhouses. This was made even more difficult because King decided that he would not sell houses to minorities.

When he was unable to find a return on his investment, King’s development was taken over by its financial backer, the Equitable Life Assurance Society. But, they too refused to sell homes to minorities, and with the US fighting in WWI, they were unable to sell any of the townhouses. But that changed in 1919 when the company finally made homes available to all buyers for the price of $8000.

In the following years, the development started to find its feet as African American professionals began purchasing the townhouses. Soon the neighborhood became known as Strivers’ Row after the desire for immigrants and African Americans to own homes. This moniker was meant as an insult, but soon that was lost as it was embraced by doctors, lawyers, and artists looking to raise their standing in society.

At the same time, Harlem’s population was booming, which coincided with the Harlem Renaissance. Correspondingly, Striver’s Row became the go-to destination for many who rose to prominence, including musician Eubie Blake, composer Will Marion Cook, Congressman Adam Clayton Powell Jr., and actor Lincoln Perry.

But, the neighborhood’s prominence did not last forever. During the Great Depression and WWII, New York City saw an increase in poverty and crime. While this impacted all areas of the city, Harlem was especially hard hit. By the early 1960s, many of the prominent residents of Strivers’ Row had moved out, and the interiors of the homes were converted into smaller apartments. This trend continued for the next thirty-odd years that saw the interiors of most Strivers’ Row townhouses radically changed, but the exteriors remained largely the same.

In the 1990s, Harlem saw a revitalization that caused increased interest and attention to Strivers’ Row. The old alleys that were originally intended for horses were converted into parking spaces for cars or patios for social gatherings. The neighborhood began attracting musicians and artists again, including Bob Dylan and Tupac Shakur. Dylan owned a home on Strivers’ for all of the 90s and into the 2000s before eventually selling.

Given the neighborhood’s historical significance, it has become a popular destination for historical tours and small pop-up concerts. In recent years there has been a dramatic increase in demand for Strivers’ Row real estate, with most homes going for millions.

The neighborhood has been officially designated as the St. Nicholas Historic District by the New York City Landmarks Preservation Commission and was also listed on the National Register of Historic Places in 1975.

Previous articleThe History of Ebbets Field: Home of the legendary Brooklyn Dodgers
Next articleAll About Saugerties, NY
YOU MIGHT ALSO LIKE
Community