NYC Restaurants Opening up in November 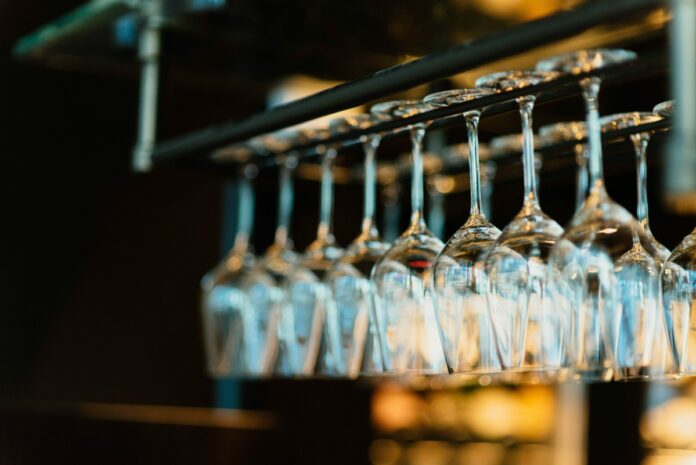 Update: Oggies has shutdown their Dekalb Market Hall Location, but plan to open a new location sometime next year.

Restaurants throughout NYC have continued to open their services more than two years after the COVID-19 outbreak began. Numerous new spots have debuted since the state initially temporarily halted indoor eating on March 16, 2020. These new restaurants include an anticipated bakery, a breakfast taco place, and an exciting new food court.

Your brain could spin if you attempted to stay up-to-date on every single new restaurant in the City so we’ve compiled a list of some of the best and most promising openings. We think you’ll like them too!

At 84 Stanton Street, a Korean restaurant has taken over the former Meatball Shop site. In case you are wondering, the number 8282 alludes to Korea’s country code, +82, and has a secondary meaning: When the numbers are added together, they form a word that indicates “quickly” or “faster.” The expression denotes a get-it-done mentality.

A pair that formerly managed the East Village establishment Pado is behind 8282. Bong Le Jo trained in the kitchens of Perry St, Dovetail, and Kissaki before founding Pado. In contrast, Jee Kim founded various fashion and lifestyle enterprises and worked as a truffle supplier in Seoul in collaboration with a New York-based enterprise.

All of the meals range in price from $14 to $26, with some of the best options being boneless soy garlic chicken thighs, yellowtail Crudo, and grilled scallops in black bean sauce. Dinner is served Wednesday through Sunday.

Yannick Benjamin, a wine industry veteran, teamed with Mara Rudzinski, George Gallego, Oscar Lorenzzi, and Lorenz Skeeter to launch Contento. Located at 88 E 111th Street, this spot is a cozy wine bar with a Peruvian-inspired menu that focuses on accessible hospitality and space inclusivity. According to Gallego and Benjamin, who both use wheelchairs, every inch of the dining area keeps wheelchair users in mind.

The streets of Hell’s Kitchen provide Contento with inspiration. From the Hudson River to The Bronx. Contento offers a diverse selection of wines at various pricing points and a menu created by Lorenzzi that includes delicacies such as duck liver mousse with purple corn focaccia and octopus with black chimichurri.

At Ci Siamo, Danny Meyer’s Union Square Hospitality Group’s newest restaurant, chef Hillary Sterling is cooking up a storm. The restaurant is part of the Hudson Yards-adjacent Manhattan West complex, and its name translates to “Here we are,” or “we’ve finally arrived,.” It symbolizes that breath of fresh air that escapes you as you cheer to the end of a tough week. It embodies the exhilaration of arriving at a new location and the relaxation of a friendly grin.

Pastry chef Mark Henning will provide a reimagined dessert menu in addition to the gilded renovation of the interior, which includes dark wooden accents, dazzling chandeliers, and exposed brick walls.

The beverage package is a spectacular showcase of French-focused wine crafted from various areas, with new additions of natural varietals and tiny vineyards in genuine Parisian flair.

Try the green yogurt parfait or potato feta hash, the eggs benedict with loukaniko, and avocado hollandaise for a casual breakfast or weekend brunch. Sandwiches, salads, grilled salmon, and chicken kebab are available on the lunch menu to suit a variety of appetites.

Even though Manhattan already boasts several high-end omakase restaurants, Yoshino is a noteworthy addition by the Japanese sushi maestro Tadashi Yoshida. Yoshida’s 10-seat facility is the first time an established sushi chef, rather than a protégé, has opened a restaurant in NYC, where he serves a 20-course omakase for $400 per person.

Many commonalities exist in the Noho site — once a Subway sandwich restaurant — for diners acquainted with Yoshino’s now-closed counter in Nagoya, with some Western deviations thrown throughout, such as scallops and tuna supplied from Boston, Massachusetts.

In Downtown Brooklyn, Jerry Brimeyer, the proprietor of Oggies in the Dekalb Market Hall, reconstructs hand-held replicas of the pies his mother prepared during his boyhood on a cattle ranch in the Iowa countryside. Breakfast pastries like the Croque madame (black forest ham, eggs, gruyere) or bacon and mushroom gluten-free frittata are a great way to start the day.

The chicken pot pasty and the pulled pork are two other savory selections to pair seamlessly with Kansas City barbecue sauce, aged cheddar, and pickled coleslaw. If you’re looking for something sweet, there’s a tart cherry, green apple, and Texas pecan pie on the menu. Seasonal specialties such as eggplant parmigiana and Mexican Chocolate are also on the menu.