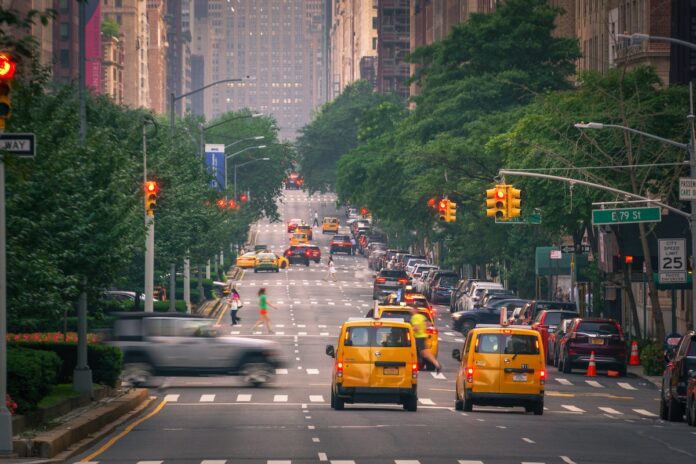 The city decided to move forward with plans to add more park and gallery space on Park Avenue. Initial plans call for a landscape architect to redesign traffic medians and public, enclosed green areas on the iconic street. The city plans to issue a request for a proposal for a landscape architect to create a master plan for the project in conjunction with the government.

The traffic medians were once 40 feet wide, set aside for pedestrians, and included park space with benches. In 1927, the medians were scaled down to accommodate two more traffic lanes on Park Ave. The 20-year plan envisions a renovated stretch of Park Ave., from East 46th to East 57th streets, which would bring back the medians’ previous use as a walking path.

Over 20 years, the city will completely reconstruct the Park Avenue malls since there are also plans to redevelop the Grand Central Terminal train shed directly beneath the corridor.

“The pandemic has already accelerated a movement towards a more pedestrian-friendly experience across the city, and this project is a great example of how shifting priorities can help shape a more enjoyable streetscape,” Powers said in a statement.

Public and private sector leaders see the initiative as an investment that could awaken a neighborhood hit hard by the pandemic. Tourists and office workers stayed out of the city for much of 2020 and 2021, badly hurting Park Ave.’s retail and restaurant businesses.

Landlord Fisher Brothers, a real estate firm, owns several properties on Park Avenue. Winston Fisher, a partner in the firm, compared the Park Avenue mall redesign to the high line, which became an international tourist destination after completion in 2009.

According to the Department of Transportation, the city hopes to incorporate numerous potential features into the Park Avenue redesign. Ideas include food vendors, tables and chairs, benches, walking and bike paths, and public events.

While there are no finalized plans yet, the redesign may also include interactive, public art installations and gallery space.

“This investment in Midtown East comes at a pivotal moment for New York’s recovery,” said council member and former Manhattan Borough President Gale Brewer. “Now is the perfect time to reimagine this stretch of Park Avenue as there is an opportunity to create something truly unique in one of our most important central business districts as we upgrade our critical transportation infrastructure.”

Previous articleCondos in a Planned West Village Tower Expected to Break Sales Records
Next article740 Park Avenue: The Richest, Most Powerful Address in New York City
YOU MIGHT ALSO LIKE
Beyond The Building