The Full History of the McKibbin Lofts 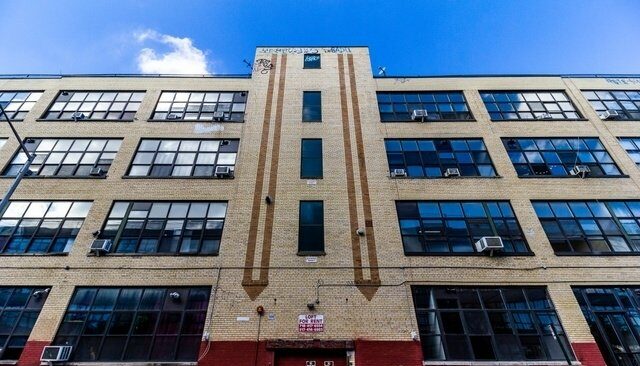 A quick Google search of the McKibbin Lofts in East Williamsburg, Brooklyn, will bring up a host of alarming results. A lot of things can be said about the McKibbin Lofts, but boring is not one of them.  As people share their experiences at the notable apartment complex, the question of could it get any worse comes to mind, and somehow, yes, it can… time and time again. From FBI raids to fires, and so on, another question arises – how could anyone want to live here? And yet, the building never had a lack of inhabitants. Over the years, the building has changed drastically, but demand remains high.

Wondering if you should move to the McKibbin Lofts?

A sordid history of tenants

In 2011, the FBI raided a resident’s loft in search of a hacker believed to be a part of Anonymous. Unfortunately for the innocent current resident at the time, the person of interest that the FBI was tracking down has already moved from the lofts.

In 2015, a fire erupted on the third floor of 255 McKibbin in an artist’s apartment. The resident confirmed it was a guest that had started the fire, leaving an appliance on, which prompted the mattress below it to ignite. It was a small fire and quickly contained. However, the most worrisome piece of this story is told by the resident below the apartment where the incident took place. They reported that there were no alarms, no sounds, no notice at all, not even a concerned neighbor with a warning when the fire was taking place. The only reason they knew something was happening is that the water extinguishing the fire in the apartment above his began to leak through the ceiling into the neighbor’s living room.

In 2016, the city’s Department of Buildings was forced to vacate multiple areas in the building in an ongoing attempt to eradicate the building’s illegal hotels. It was cited that both the cellar and mezzanine had been turned into makeshift hotels without natural light, ventilation, fire exits, or alarm systems. Also, in 2016 was a crackdown on issues like apartment divisions and non-permitted construction.

Prior to the discovery of the illegal hotel, also lovingly referred to as the Hipster Dorms by the owner of McKibbin Lofts, the building was presumed to owe $12,000 in outstanding fines. However, following the charges filed by the city for the illegal hotels, McKibbin Lofts owed roughly $278,400. With six violations for their indiscretions, the prices for each varied from $27,000 and $70,000.

Aside from official charges, the McKibbin Lofts are well known for their overzealous parties, thanks to the overwhelming young residents. Many of these residents are artists and those hoping to get a better start in an affordable and hip place. Newcomers, out-of-staters, and in-state fresh out of college types alike are enamored with the culture that these lofts have fostered, despite the long list of problems.

However, the buildings have changed over the years, and they’ve matured with the times and demand. The prices have surged far beyond what anyone could’ve possibly imagined ten, twenty years ago. Some spaces in the McKibbin lofts are being rented for nearly $3,700, thanks to some major overhauls. But down to the bones, the building is still the same in a sense. For example, creatives are still drawn to the space. Current residents still do what they want, but on a lesser scale than what it once was, though plenty of issues still remain.

Most recently is an alleged rent strike and a class-action lawsuit against building management in the throes of the pandemic, according to one resident. The management company refused to renew rents and damaged credits due to late rent payments due to COVID-19 shutdowns and income reductions. The company denies participating in any retaliation for proposed resident concerns and denies any knowledge of pending class-action lawsuits.

Is there anything good about the McKibbin Lofts?

For all of that bad in the murky 2000s, there is good. Residents praise the history and industrial vibes, specifically the thanks to the building’s past as a garment factory. The two buildings sit and mirror one another, inhabiting the 248 and 255 space of McKibbin street. It’s an affordable, hip juxtaposition to the completely prim and proper whole that is Williamsburg. Perhaps most alluring about the buildings is the chance – the opportunity – to be a part of something special. It’s the idea that if you can make it here, thrive even  – you can make it anywhere.

Situated in the middle of a thick cloud of art and culture, growth, competitiveness, and everything a young creative could want in the place they hope to call home. So much so that residents lived in small, unregulated spaces just to have a taste of what made it special. It wasn’t uncommon for neighbors to be honing their craft at all hours of the night, even if it means electric guitars and horns when the sun has is down because the alternative may be soul-crushing white-collar neighbors, even roommates. And for many people, the ideology, the feeling of the space they’re in is far more important than anything that a more secure or spacious option could provide.

The lofts act as a right of passage for hopeful creatives to grow and steady themselves, even as the building has done over the years. While not perfect, it’s the McKibbin Lofts that can be a great stopping point. The New York Times suggested that living in the McKibbin Lofts came in a set of temporary phases, different stages, similar to loving someone or even, grief. “After the honeymoon stage comes denial when, say, one gets woken up by someone’s band at 3 a.m. or mugged on one of the tough surrounding streets. Next comes anger, usually after someone hurls a 40-ounce beer bottle from the roof and then urinates outside your door. Then comes acceptance and, finally, departure.”

The Cost of Living at the McKibbin Lofts

But the last stage seems to be changing with landlords and residents attempting to convert the McKibbin Lofts into a mainstay – a home of sorts. Prices certainly reflect it these days. While multi-million-dollar properties pop up along the street and around Williamsburg and nearby Bushwick, McKibbin has slowly continued to raise its threshold. Units in 248 McKibbin have been renting for nearly $4,000 over the last year. A one-bedroom, one-bathroom unit in December for $5,500, a studio for $3,700 in November, and a loft in May for $5,499, for instance. While the steep prices make sense with completely remodeled units and in keeping up with the market, many fans of the “old” McKibbin Lofts argue that they’ve lost their charm as a whole, even if pieces remain underneath.

The buildings seem to have lost what made them unique in a sense, albeit as unsafe and alarming as that was. Strollers are pushed through the halls, neighbors complain about noise, and most struggling artists have been priced out. Moving to McKibbin these days means foregoing most of what made it unique but has introduced standards and a decent, safer way of life. Depending on what you believe in, the building has improved drastically or fallen apart completely.