HomeLivingWhat It's Like to Live in SoHo NYC
Living 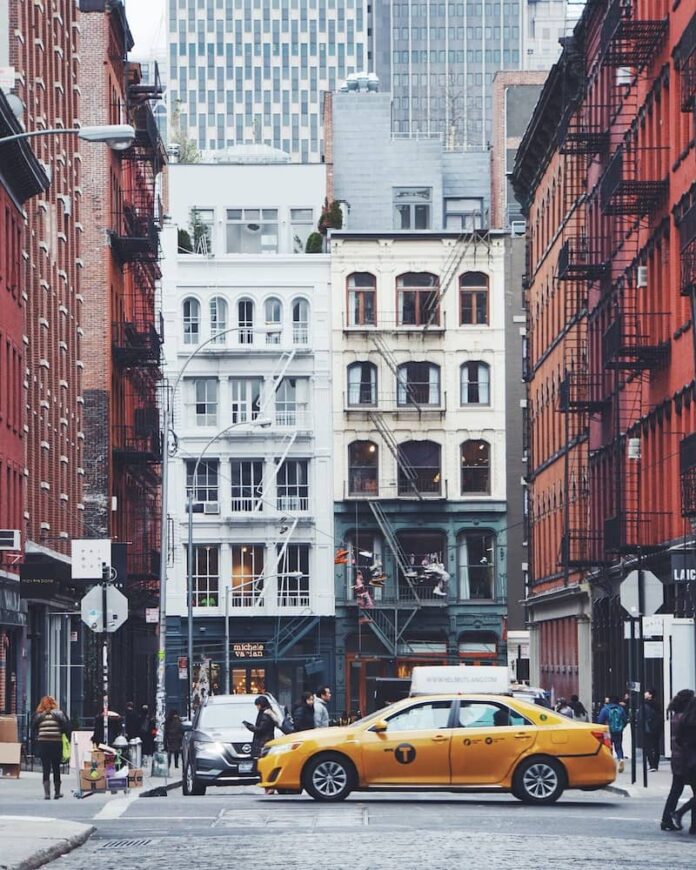 Ah, the elegant romance of fall and falling in love . . .with SoHo lofts.

Even with the cool autumn breezes blowing, there’s warmth within the walls of a soaring studio space that’s situated right in the heart of SoHo. The wide open rooms and eclectic vintage vibes are a rightful mecca for people who want to live the quintessential Manhattan lifestyle.

It’s what’s on the outside that counts

It’s not only what’s on the outside that counts, but it definitely makes a difference in the charm of a neighborhood. Walking out of your SoHo loft into the crisp autumn air is one reason why people have been flocking to this area for the last hundred and fifty years.

What makes the feel of SoHo so distinctive is its cast iron architecture. In fact, you’ll find the largest collection of cast-iron buildings anywhere in the world right here. The structures in all over this part of the city are literally covered in a veneer of iron that was formed and shaped into beautiful façades during the late 19th century. Though it seems elegant and high end today, this style of building façade was a cheap alternative to decorative brick or stone.

The lofts of SoHo are situated just south of Houston Street (hence the name SoHo), and it’s not just the buildings that are unique to the area. Lining many of the lanes below the apartments are Belgian blocks paving the hideaway streets.

No wonder artists have flocked to the converted factories and warehouses of this historic and vibrant area of NYC. Walking the streets of this neighborhood, residents are greeted with a vivacious mix of street artists, fascinating shops, and delightfully unique restaurants. It’s easy to get lost here.

Warmth in the heart the city

If the outside of the spaces in SoHo is charming, just wait until you look at the inside of the industrial spaces that now house some of New York’s most eclectic residents.

To transform the open spaces inside the utilitarian warehouses of the district, SoHo lofts utilize staircases and doorways that are incorporated into existing open faced brick walls. Apartments like the 1907 built 118 Wooster St #4C5C feature expansive wood floors and winding steps to offer warmth and intimacy within the cavernous rooms. That airy feeling is unlike anything else you’ll find in Manhattan, offering a creative space that can’t help but bewitch even the most jaded New Yorker.

On the other side of the spectrum are SoHo lofts like 543 Broadway APT 4, built around the turn of the 20th century but renovated to have a wholly different feel. Relying on sleek, unobtrusive design elements and metal accents, the high ceilings and large windows allow light to bounce off of the white walls in this SoHo space. Here, the charisma comes from an industrial comfort that only a century old converted commercial space can offer.

Filled with innumerable and equally enchanting homes just like these, SoHo is both exciting and relaxed living in the heart of Manhattan. It’s the kind of neighborhood that feeds your soul and warms your heart.

Autumn Karen chases words and her three rambunctious boys when she’s not climbing mountains or teaching ghostwriting to college students. Her biggest passion is building community through information and communication.

ABOUT US
CitySignal delivers New York City's latest news, gossip, and everything in between. From celebrity real estate debacles to neighborhood lore to the latest trends shaping the city, we've got you covered. If you have an interesting article idea, please reach out to us at [email protected].com.
FOLLOW US
The best of the city, straight to your inbox