It’s All About Hudson Valley, NY 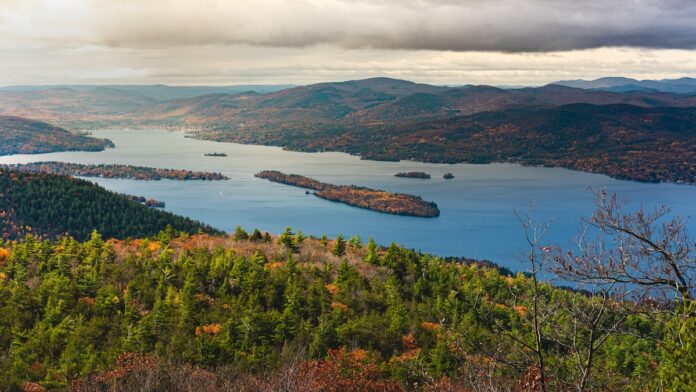 Hudson, NY is the very first city to be incorporated after the original 13 colonies became known as the United States. Today, the Hudson Valley is one of the most popular destination points in Upstate New York. Its communities are nestled along the banks of the Hudson River and throughout the foothills of the Catskills and Shawangunk mountains. The area is rich with history and culture, and it seems as though everyone who’s anyone wants to live in the Hudson Valley.

In 1783, Thomas and Seth Jenkins, two brothers, were looking for a place with a safe harbor to build a settlement around. They represented a group of maritime commerce workers who wanted to relocate due to their perceived vulnerability as a valued industry under King George, who was in frustrated negotiations over the property that later became the United States. They found the ideal spot in a high bluff along the east bank of the Hudson River with a natural harbor on both sides, about a hundred miles north of the New York Harbor. This became the city of Hudson, NY.

Hudson thrived in its early years, and by 1786 it had 1500 settlers and 25 seafaring vessels, a growing city already being touted for its unmatched development. In 1797, it was just one vote short of becoming the New York state capital. Hudson is known for their gambling, their notorious ‘red light district’ (closed after a 1950 raid) and one of the best distilleries in the country.

Hudson has had its ups and downs, but has been steadily building its reputation as a lovely, charming and historic place to live (and visit) since the end of the 20th century. It is now one of the most sought-after locations in Upstate NY.

Today, Hudson Valley is talked about everywhere and known for its burgeoning, diverse community and historic real estate.

It is also home to Warren Street, a renowned shopping hub that people come from all over to peruse. It is known to have the best antiques and antique shops, cafés and art galleries, and is famous for its artsy culture. It also has a significant LGBTQ+ community, who have led many restoration projects within the city of its historic homes.

In addition, Hudson has attracted artists, writers and many other entrepreneurs that make up the eclectic mix. As a matter of fact, Hudson has the greatest population of entrepreneurs, or self employed individuals, than any other city in the entire state. It is often called the Brooklyn of Upstate NY, and residents sometimes refer to it as the ‘Un-Hamptons’.

One of the big events in Hudson is the annual Hudson Valley Jazz Festival, which started in 2014. This festival celebrates the proud jazz tradition that can be found all over New York State. One of the most popular events in the Valley, performances take place through several weeks in August. Playing in multiple towns and villages, the entire Hudson Valley can get up and move to the sweet sounds of jazz.

As previously mentioned, Warren Street is a mile long strip of collectible and antique shops, open cafés, art galleries, vintage furniture shops and more. People travel from all over to browse for unique items on Warren Street. Hudson Hall is an arts venue organization located on Warren Street, and is home to the state’s oldest operational theater.

A local favorite, on Saturdays there’s a farmer’s market where a large variety of fresh, organic products are offered from the Hudson Valley area. It is held outdoors in the summer and indoors during the winter.

Hudson Valley real estate today is all the rage, and with the recent housing market boom, available properties are getting scarce. Buyers can still get a great deal, but not for long as inflation and interest rates go up. 2022 is predicted to be a time of unprecedented high prices for everyone, as the country recovers from the recent worldwide pandemic. If you’re interested in buying, RealtyHop has listings that might be of interest if you’re looking for coveted Hudson Valley property:

This hidden gem is priced at $665K, is located at 836 Columbia Street in Hudson. 4 bedroom, 4 bath and 2068 ft², this renovated victorian features gorgeous double doors, an ensuite bathroom on the first floor, and a beautiful garden in the backyard. This home won’t be on the market forever, so jump on it now! 8 Union Street in Hudson is a 2 bedroom 2+ bath, 2352 ft² priced at $785,000. This beautiful federal house  comes with a garden apartment can be rented out or transformed into an Airbnb. This place also has a single car garage and is a short walk from downtown, meaning that you’ll be ideally located to the heart of the action. This historic house is beauty, so come check it out! Last but not least, we have 531 Union Street, priced at $540K and 20% down, this beauty has 5 bedrooms, 4 baths and 2993 ft². Location is everything, and this house has it. This lovely old Victorian has some history sown into its walls, and is a perfect place for those who love grand designs. All in all, the city of Hudson is a prime Upstate NY location that has been rejuvenated and preserved at the same time. The thriving city is a historical and architectural treasure, nestled in beautiful surroundings and a wonderful

Come and see what the Hudson Valley is all about!