HomeBusinessHow Donating Your Sperm, Eggs, or Blood Plasma Can Help Supplement Your...
Business

How Donating Your Sperm, Eggs, or Blood Plasma Can Help Supplement Your Income 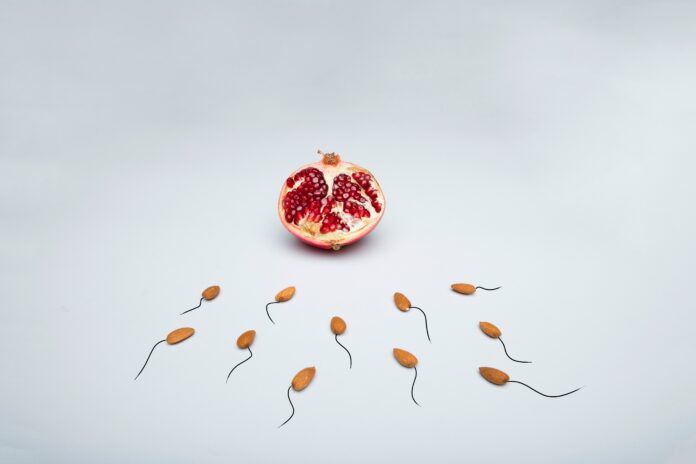 These days, it seems that just about everybody is looking for a way to generate some additional income. With the cost of living increasing faster than the average American wage, many people are looking for alternative ways to keep themselves financially afloat.

Of course, the first thing that probably comes to mind when it comes to generating a secondary income is getting another job. But it is also very likely that you don’t have the time, resources, or, frankly, the energy needed to do so. If a second job is something you either don’t want or cannot do, you are probably looking for a few alternative options.

Luckily, there are plenty of ways to generate a second income and many of these strategies require a relatively small commitment. Donating your blood plasma, eggs, or sperm can help you create the secondary income you need—and if you live in or near New York City, you might be surprised just how many options are currently available.

In this article, we will briefly discuss the most important things you need to know about donating these valuable products that your body naturally creates (or has already created). By taking the time to learn more about the donation process, you can decide if these options are right for you.

What You Need to Know About Donating Sperm

Sperm is essential for the creation of human life and donated sperm can be used to help facilitate intrauterine or intracervical insemination. According to the National Institute of Health, approximately half a million American women will utilize donor insemination per year.

Donating sperm can potentially be very lucrative. A single donation can net between $500 and $1,000 and most sperm banks will want to collect multiple deposits from a single donor—this means you could potentially make an additional $10,000 per year (or even more) by choosing to donate sperm.

However, while there is potential for you to make a profit, it can be very difficult to qualify. According to the New York Times, “Your odds of getting into Harvard or Stanford are higher than your chances of being accepted as a donor at the major sperm banks.” About one percent of all applicants are accepted.

At the very least, you will need to be medically healthy, have a high sperm count, be abstinent for about 3 days before a deposit, and will need to have sperm that can be frozen easily. You will also usually need to be between 18 and 39, have no infectious or hereditary diseases, and have a clean family medical history. You can expect to fill out quite a bit of paperwork and answer questions from the clinic. But if all goes well, New Yorkers have several options available to choose from—some of the most popular include Manhattan CryoBank, California Cryobank, and Repro Lab, all located in Manhattan.

What You Need to Know About Donating Eggs

Eggs are also essential for the creation of human life and, unlike sperm, eggs are finite, so successfully donating eggs can earn you considerably more money. A successful egg donation can yield as much as $5,000 to $10,000 per cycle, though acceptance rates, as you might expect, are relatively low. Donors will also need to consent to take certain fertility medications.

According to the New York Department of Health, “Egg donors are people usually between the ages of 21 and 34, who are willing to provide their eggs to a recipient. They may be known or unknown by the intended parent.” Before donating eggs, potential donors will need to give informed consent and also complete a variety of medical tests and forms. Successful donations (donations that result in pregnancy) according to the CDC and Society for Associated Reproductive Technology (SART) occur about 54 percent of the time.

As the NY Department of Health explains, “Fertility drugs are used to stimulate the ovary to grow several eggs at once. Over 10 days or so, they grow to full size. Monitoring of your ovaries’ response by ultrasound is important.” Following the ovarian stimulation cycle, the egg is extracted via fluid. After that, the egg can be combined with sperm to create an embryo and the cycle can then begin again.

There are several egg donation clinics in New York, including clinics sponsored by NYU and Columbia University. If you are interested in donating eggs, you should ask your doctor (specifically, your OBGYN) if they have any recommendations.

What You Need to Know About Donating Blood Plasma

Another way to supplement your income is by choosing to donate blood plasma. Plasma can be used for several useful purposes, including cancer treatments, transplant surgeries, treating hemophilia, and important medical research.

Though donating plasma does not pay nearly as well as donating sperm or eggs, your odds of getting approved are notably higher. However, as you’d probably expect, you will still need to complete some basic paperwork and blood tests before your donation will be accepted.

In order to donate plasma, you will typically need to be 18 years old, weigh at least 110 pounds, and pass a physical examination. The entire process typically takes about an hour and 15 minutes—you may feel some minor side effects after donating, such as fatigue, dizziness, or others.

Most plasma donation centers in New York City will pay about $50 to $100 per donation, though many of them also offer generous bonuses for first-time donors. Generally speaking, you can donate up to twice per week and will need to have at least one day between your donations. There are dozens of plasma donation centers located in New York City, including the New York Blood Center (NYBC).

Each of these strategies can help create supplementary income—however, before considering any sort of medical procedure, we recommend getting clearance from your doctor.

Previous articleA Billionaire’s Affairs: Michael Bloomberg
Next article5 Awkward Apartment Concepts in NYC That Never Fail to Rent
YOU MIGHT ALSO LIKE
Community