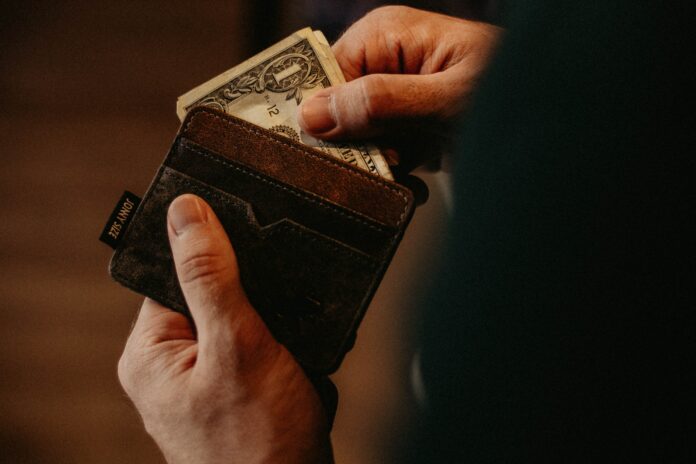 Have you ever had one of those moments where you realize you’ve been doing something wrong for years? I had that moment recently when my girlfriend asked me how much I was going to tip my building Superintendent and I replied, “You have to tip your Super?” My girlfriend told me it was a nice way to thank them for all the service they provide and even said her Super and Porter decorate the lobby Christmas tree with all the cards they received from the previous year. With my heart ripped out of my body and the realization that working any job where you interact with someone is dangerous during a pandemic, and since there wasn’t a chance that I’d be leaving my building staff millions, I hopped online and began to research just how much I should tip.

After reading numerous holiday tipping guides, I came to the conclusion that “tipping rules” are the same as “Whose Line is it Anyway” rules: Everything’s made up and the points don’t matter. The general consensus is that it’s the thought that counts. That said, thinking is hard for many people, like myself, and tipping too low might be seen as insulting. You’re not getting your card on the Christmas tree if you only tip a dollar. So that said:

Do You Have to Tip Your Building Staff?

This is the first question I see on literally every one of these articles and it makes no sense to me. Of course, you don’t have to tip. You won’t go to jail for not slipping your Porter a twenty. Times are tough and, if you can’t tip, you’re under no obligation. That said, you clicked on an article about holiday tipping which makes me think that you not only have the means to tip but that you already made up your mind about doing it.

But you knew that already, didn’t you, Friend?

How Much Should You Tip Your Doorman and Other Building Staff?

This question is annoying because no one agrees on it. I found one source that said you should tip a Super $20-$100, a Doorman $20-$120, and a Porter $20-70. Why does the maintenance guy get less than the Super and Doorman? Who knows?! These numbers just seem to be pulled from thin air, but I suppose they’re flexible enough to work with people on a budget. It just seems weird to rank which jobs deserve more than the others which is why I came up with my own system:

When you pick and choose which jobs mean more to you, it could come off as offensive to the building staff. I plan on giving my building team $50 each as a “thank you for a job well done.” If you can’t give that much, go for $20 each. If you can give more, do it! These folks work hard to make your life easier, so show them a little love.

Should I Only Be Tipping My Building Staff?

Hey, if other people provide you with good services, I say tip them. I always throw a little extra cash to the baggers at my grocery store and the staff at my bodega. Many buildings have parking garages run by someone, so throw some cash their way. Even if you park in a separate garage, those aren’t easy to operate, so spread the holiday cheer. Have a dry cleaner you go to regularly? Tip them! Do you have someone clean your home for you? Give them a little something extra! Do you have a caretaker for your child? Lord knows they deserve a holiday bonus. Give a little extra to the people who make your life easier.

When Should I Give To My Building Staff?

Now, this is a piece of advice I actually found helpful while scouring the internet: tip these folks as soon as possible. Once Thanksgiving is over, people shop, go on vacation, throw parties, and much more. The staff in your building have families and events too, so it’d be nice if you could help ease their burden. After all, gifts are expensive, especially for kids in New York City. Let’s all help each other out.

Would My Building Staff Like a Gift Rather Than Cash?

No. You’re not dating them. Give them cash so they can do what they want with it, if you’re both feeling a little tech-savvy, maybe a Venmo or Zelle payment. At most, get them an Amazon gift card, but even that is tricky since I doubt a landlord would accept that as a rent payment. The holidays are a tough time, and the economy is not great. I know giving gifts might seem like a really thoughtful thing to do. However, the most thoughtful gift this, and any season, is the gift of not having to worry about paying bills. Now, if you would like to give a gift as well as cash, then you’re a wonderful person, and I’d like to be your friend.

This year I’ll be tipping my Porter and his staff. The Porter is new, he’s spectacular at his job, and I think tipping him is a wonderful way to say thank you and welcome to the building. Again, you are not obligated to tip, especially if you can’t afford to. That said, maybe get your staff a card with a nice, heartfelt note in it. Like I said at the beginning, it’s the thought that counts during the holiday season. Your building staff are just like you. They work hard, pay rent, and want to be appreciated. Tipping is a great way to show the people who work in your building and the people who work to make your life easier, that you’re thinking of them, and that you truly appreciate what they do. So this holiday season, show some appreciation for your building staff. Who knows? Maybe they’ll put your card at the top of the Christmas tree in the lobby.