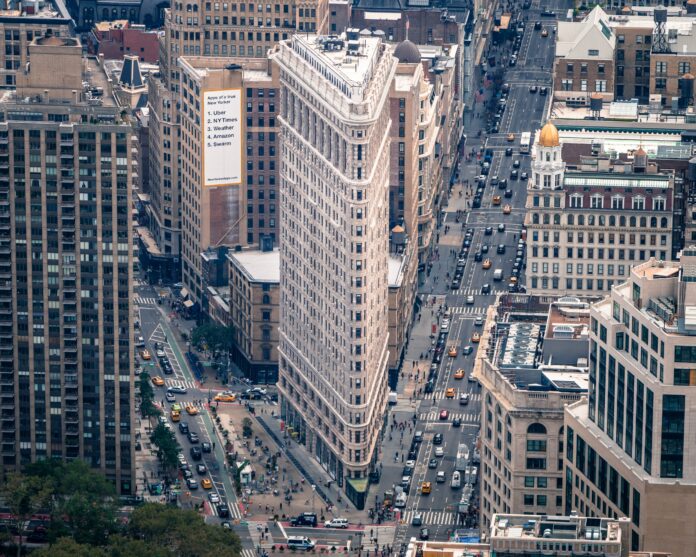 The Metro Theater: A Legendary Landmark

The Metro Theater, originally called the Midtown Theater, located at 2626 Broadway between 99th and 100th Streets, opened in 1933 and closed in 2005. It is a wonderfully classic example of Art Deco style architecture, and as of 1989 was designated a landmark by the New York City Landmarks Preservation Commission. The Metro Theater has been empty since its closing in 2005, despite being on the market. It is a notorious entertainment venue originally known for presenting first-run films until the 1950s, then in the 1960s presenting art-house films by renowned directors like Roman Polanski and Jean-Luc Goddard.

However, in the 1970s and 1980s the Metro operated as a venue for porn films, and during that time was popular among the gay community as a place to meet willing partners for casual sex. The interior of the Metro had never been remodeled at that time, even the old, tattered movie screen still remained in the background and a new screen had been erected a few feet in front of the old one. It had never even been repainted, and once the theater became a venue for pornography it became seedy by nature, with open sex acts being performed in the seats, the restrooms and the space between the two screens.

In the theater’s prime and for the first nearly 20 years, it was the picture of wealth and beautiful Art Deco design. The theater featured statues of carved nude women holding glowing vessels in niches on each side of the screen, within gilded gold accents. On the outside, directly in the center above the marquis, is the familiar medallion depicting the comedy and tragedy symbol for theater. The architects were Boak and Paris. In 1989, the Metro was designated an official landmark – but its protection only extended to the outside of the building, leaving the inside open for eventual looting and destruction. The Metro had been managed by Clearview Cinemas until 2003 when it finally closed.

A man named Peter H. Elson then leased the Metro, opening as the Embassy’s New Metro Twin until 2005, when it closed for good. It was in 2006 that the building was completely gutted, an action permitted due to the limited landmark status that covered just the outside of the building. Today, this once-majestic, iconic Art Deco landmark still sits abandoned and declining rapidly. It has had numerous owners and leaseholders in the years following its demise as several different businesses were supposed to occupy the space but none ever panned out. Locals have attempted to get the attention of city officials to approve restoration costs of the building, including a petition that gained some press attention, but two organizations and a fundraiser later, nothing has ever come of the efforts. It is unknown if there are any current plans in store and why the building could not seem to attract or keep tenants, but perhaps inflated property tax issues are a contributing factor.

Another gaping reminder that many of NYC’s landmarks now sit vacant and in disrepair, the Flatiron Building was built in 1902, originally as the Fuller Building, at 175 Fifth Avenue in Manhattan. The building was designed by Daniel Burnham and Frederick Dinkelberg. It is a triangular shaped, 285 foot tall, 22 story, 250,000 ft² landmark. It is so named for its shape, very similar to an old cast-iron clothing iron.

At the time of its construction, at 20 stories, it was one of the tallest buildings in the city, as well as one of the first skyscrapers. Even back in 1902, the building cost $2 million dollars to construct. Its architecture style is Renaissance Revival. The building even featured a restaurant called the Flatiron Restaurant, which became quite popular, especially for those attending one of many Broadway shows nearby.

After the opening of what was then known as the Fuller Building, the public reacted strongly. Many loud voices in the community theorized publicly as to why the building’s design was flawed and destined for failure. They felt the skyscraper was an eyesore, and that the Flatiron was “unfit to be in the center of the city”, “a monstrosity” and even, “a disgrace to our city, an outrage to our sense of the artistic and a menace to life”!

In 1911, the building presented the opening of a new restaurant and nightclub located in its basement, “Taverne Louis”, named after its new owner Louis Bustanoby. It became known as one of the very few establishments that allowed a Black band to perform there, as well as welcoming gay clientele, outrageous and shocking policies for the times. Around the same time, the base area of the Flatiron became a cruising spot for gay men, including male prostitutes. In 1966, the Flatiron was designated a New York Landmark, and in 1989 a National Historic Landmark.

In this case, there is good news for the landmark. This year, renovations estimated at $50 million dollars are set to begin for the Flatiron Building, including central A/C as well as climate-friendly features such as solar panels. The building will be leasing office space when remodeling is completed. It has been empty since 2019.