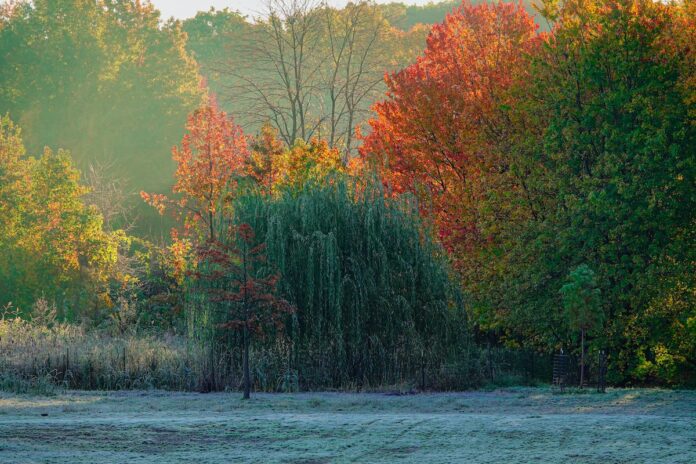 Residents of the Bronx may have a “new” brook surfacing in the near future. Tibbetts Brook, though new to current-day New Yorkers, is actually quite old. After being dammed in the 1700s, the last part of it was buried underground in 1912 and diverted to the sewer. It is part of a network of underground waterways — brooks, creeks, springs, and streams — which were buried to make way for the growing city. The only visible remnant of the brook is now a pond in Van Cortlandt Park.

The area of the Bronx which is home to Tibbetts Brook was previously marshland, much like the wetlands filled with cattails that one now sees when traveling the Jersey Turnpike. As storms like Hurricane Ida recently reminded us, water levels are rising and buried waterways are attempting to reclaim their ground. In September, when Ida’s deluging remnants passed through, Tibbetts Brook made an above-ground appearance flooding the Major Deegan Expressway as well as surrounding areas, trapping vehicles and their occupants. During the same storm, other New Yorkers were trapped in basement homes and lost their lives.

The city has mapped areas of stormwater flooding, and as Dr. Eric Sanderson, a senior conservation ecologist with the Wildlife Conservation Society in New York has pointed out here, the areas where the flooding is the worst are the same as the locations of the buried waterways. Dr. Sanderson writes that we will need to rethink how the city is inhabited and allow the water to run as it wants, relocating current inhabitants to safer, higher ground and making space for the waterways to flow through, which is, after all, what they will do anyway as water levels rise. It is a matter of accepting the inevitable and planning for it, respecting the freshwater wetlands and stream courses, and taking care of them and residents alike. One example of how this reclamation can manifest is called “daylighting.” That is exactly what is already in process in the Bronx.

Restoring Tibbetts Brook to a more permanent placement above ground, a process called “daylighting,” would cost over $130 million. Senator Chuck Schumer has verbally committed to allocating funds to the project from the federal infrastructure deal. The brook supplies 2.2 billion gallons of fresh water each year, and for now, all of that water is feeding straight into sewer pipes, joining sewage and rainwater in the journey to a wastewater treatment facility. This extra water, which is not at all itself sewage, is overloading the system. The removal of the brook water from the sewer would reduce sewer overflow into the Harlem River by 25 percent, a cost-effective move for the city as it would also reduce the amount of fresh water that is unnecessarily treated at a facility on Wards Island.

The brook begins in Yonkers, north of the city, then travels about four miles into what is known as Van Cortlandt Park in the Bronx, where it was dammed to provide power for the former Van Cortlandt plantation grist and sawmills. From there, the path of the (daylighted) brook, traveling through the Kingsbridge neighborhood toward the northern tip of Manhattan, is shown in the below graphic from the New York Times. The daylighting proposal, one of the most ambitious projects for green infrastructure to date in the city, plans to bring the brook above ground for the length of a mile, converting the former railway into a waterway, then diverting the brook through a dedicated half-mile pipe to the Harlem River.

The main holdup on the project is a set of negotiations with CSX Transportation, a railroad company, which owns the grassy land to the side of the Deegan Expressway where the brook would run once brought above land. The primary point of contention seems to be the price of the land.

The newly daylighted brook and proposed corresponding greenway could provide an opportunity to highlight the history of enslaved Africans who worked on the plantation-turned-park, a goal of the Van Cortlandt Park Alliance. Other advantages to daylighting the brook include building community and cohesion between neighborhoods in the borough and connecting access to the Bronx waterfront. These improvements have been points of advocacy for local groups like the Bronx environmental council for years. The project is supported by most Bronx residents as a win-win opportunity to reduce flooding and provide accessible greenspace connecting neighborhoods, an aim which has been in the works for decades, since the 1990s.

The change in environment could also drive up property prices in the long run, as real estate facing the proposed path would suddenly become waterfront and have direct access to the corresponding greenway. As these areas are already becoming prone to flooding even with the brook underground, logic states that alleviating the flooding issues would not place these properties at any greater risk. If successful, the new greenway would provide cohesive walking paths along the water, leading to an increase in pedestrian and bike traffic. Of course, there will also be the intermediate stage of construction to contend with. The most affected neighborhoods would include Kingsbridge, Kingsbridge Heights, Van Cortlandt Village, and Marble Hill, especially the areas closest to the Major Deegan Expressway (Putnam Ave W and Bailey Ave).

If you want to get a jump on the Tibbetts Brook project, here are three properties nearby to the new greenway and restored waterway: for rent, a one-bedroom apartment with two private balconies and floor to ceiling windows, for $1975/month, seen here; a large, pet-friendly, convertible three bedroom with private outdoor space, for $2250/month here; and a three-bedroom, historic single-family home with private outdoor space, for sale, listed at $849,000 here. There are several more listings to browse at RealtyHop and RentHop, the homes mentioned above are just a sampling.

If the daylighting project becomes a reality, which it looks like it will, then it could become the first of similar restorations to follow, ushering in a new era of New Yorkers living alongside long-hidden waterways. These efforts could serve as a model for other cities, like Auckland, New Zealand; Seoul, South Korea; and closer to home, Detroit, Michigan, and Yonkers, New York — all of which have considered daylighting their own waterways in the face of climate change.