Connecting the City: The Bridges of NYC 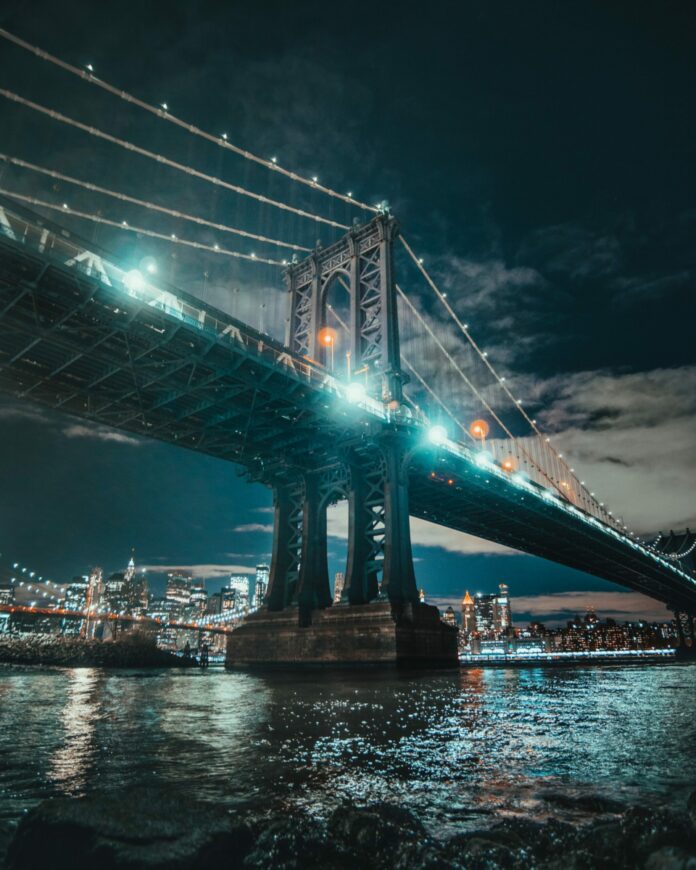 The island of Manhattan seems so connected to its outside world. It’s even often said that NYC is the center of the universe. But when it comes to physically either leaving or coming to the island, you’ll have the option of 21 different bridges to get you where you’re going, which is nothing short of incredible. So we’re here to celebrate some of the urban jungle’s most iconic travel options and a little about their colorful history.

No bridge is more iconic to the New York skyline than the bridge connecting lower Manhattan to the borough across the East River, Brooklyn. This Neo-Gothic beauty is one of the oldest passenger car bridges in the country. It’s a combination of cable and suspension and was the first steel-wire bridge ever constructed. In the late 1880s, compartments located in the anchorages of the bridges were rented out to fund its construction. Some were even used to store wine! How very New York of them.

East of the Brooklyn Bridge sits its wildly popular neighbor, The Manhattan Bridge. This bridge connects lower Manhattan, near Chinatown, to the DUMBO region of Brooklyn. The bridge opened in 1909 as a modern suspension bridge across the East River and is one of the most photographed bridges in all of NYC. 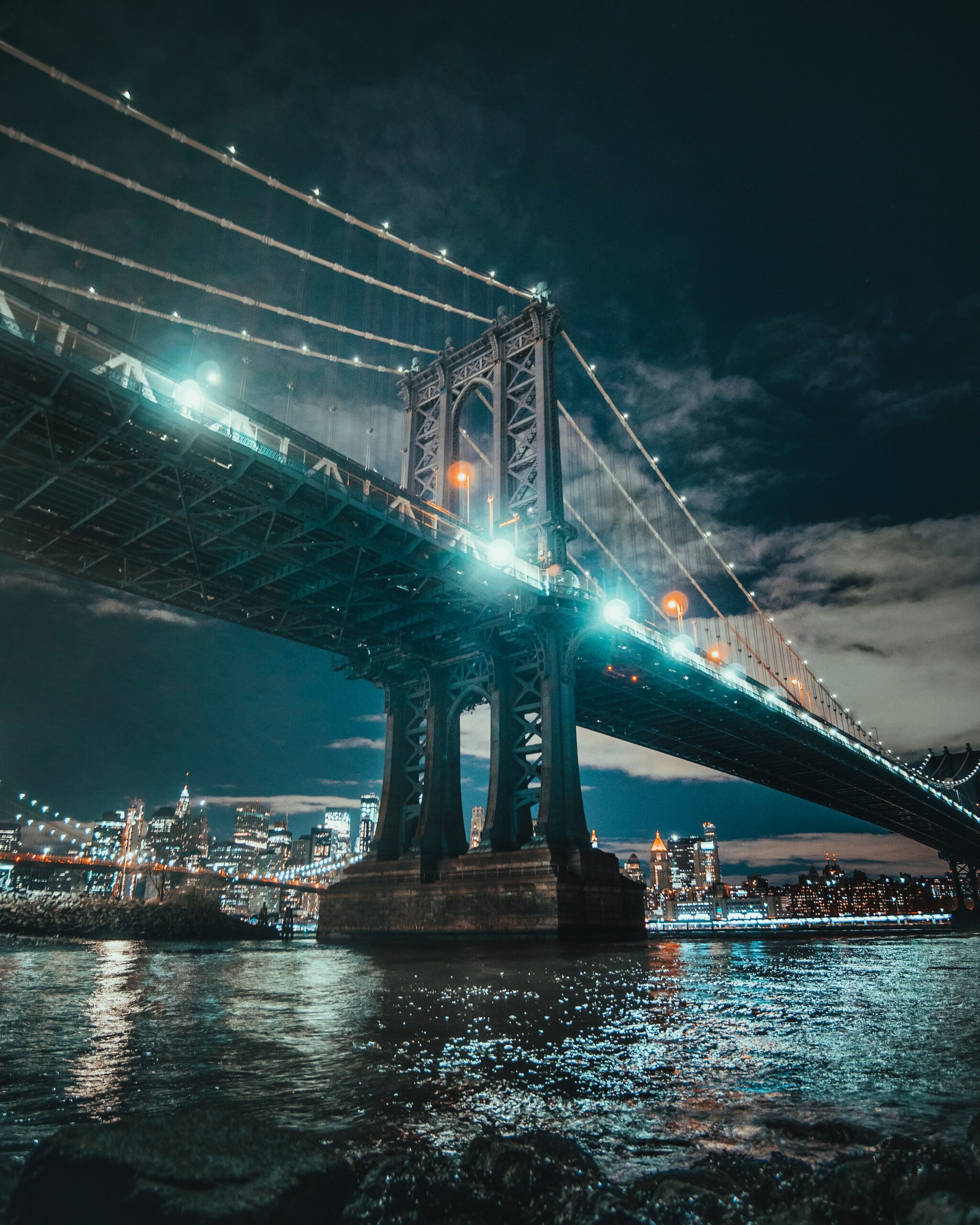 As we move uptown along the East River, the next bustling NYC bridge is The Williamsburg Bridge that connects the Lower East Side of Manhattan with the Williamsburg neighborhood in Brooklyn. More than 140,000 drivers cross the Williamsburg Bridge daily as it’s a pivotal Manhattan connector to both Queens and Brooklyn. While it doesn’t carry the beauty of The Brooklyn or Manhattan bridges, in our opinion, its classic structure and hipster pedestrians make it a popular NYC thoroughfare nonetheless. 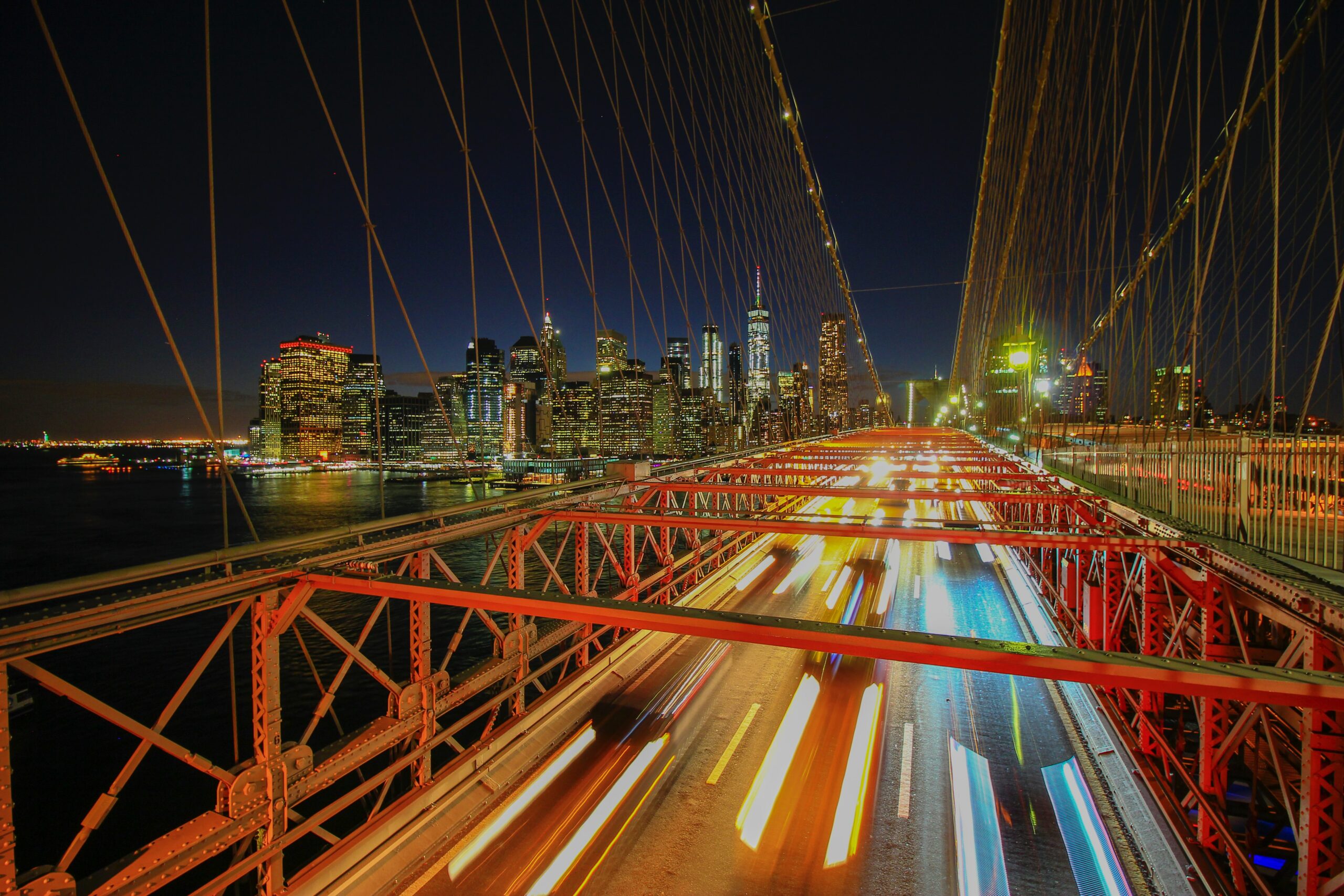 Further north, you’ll find the tall, vast statement bridge that is The Queensboro. This bridge connects the Upper East Side of Manhattan with Long Island City in Queens. The massive double-decker structure was completed in 1909 and cost both $18 million and 50 lives of those working on it. 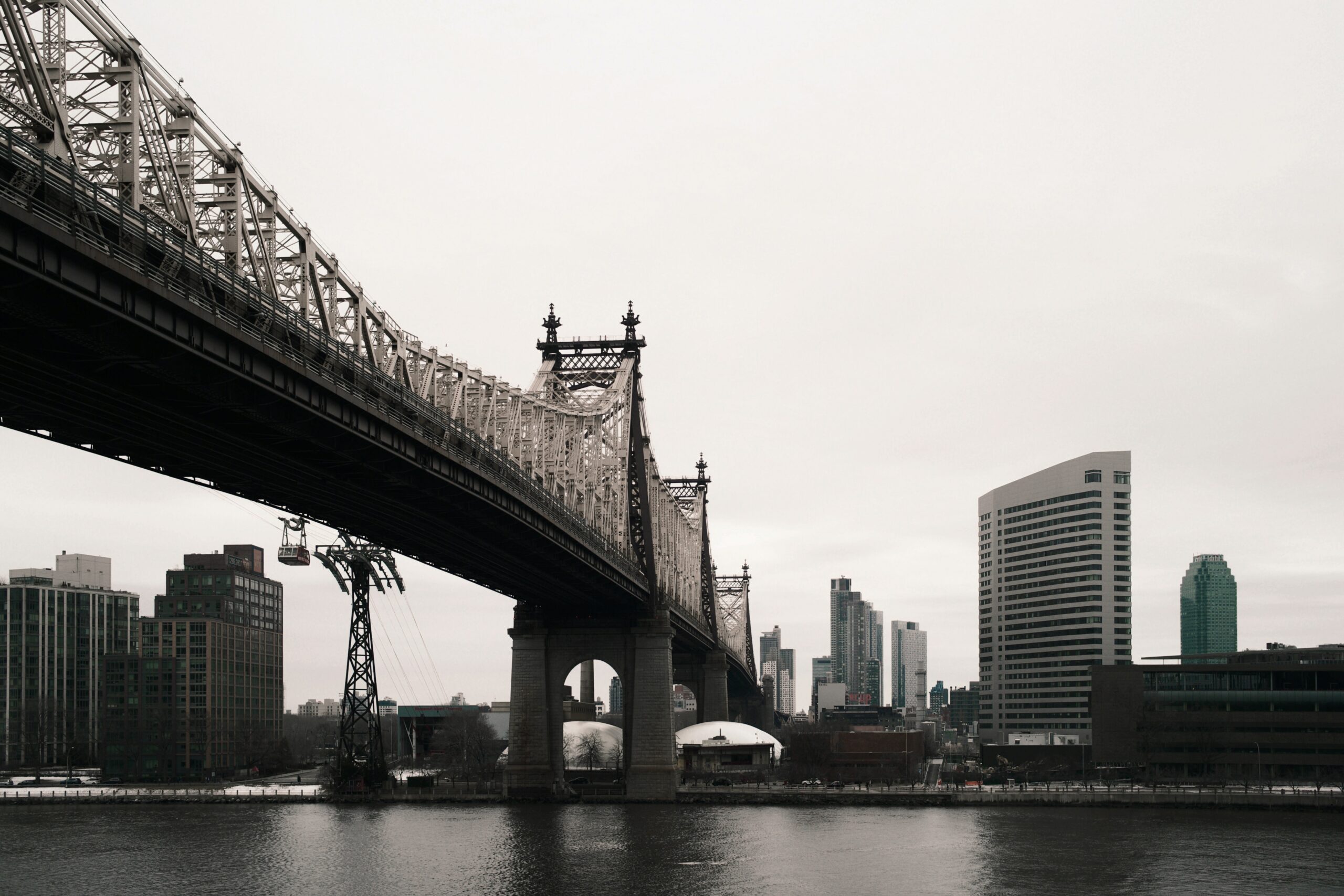 Across the island of Manhattan spanning the Hudson River connecting Washington Heights and Fort Lee, New Jersey, you’ll find The George Washington Bridge. This bridge is a bit younger than its counterparts we’ve already mentioned and was built in 1931. But what charm it loses with less history it makes up with function. This bridge boasts over a million vehicles per year and 14 car lanes, making it the world’s busiest and largest motor vehicle bridge. Its other claims-to-fame include a 19-year-old pilot making an emergency landing on it after an engine failure in 1966. Maybe this bridge has a little history after all. 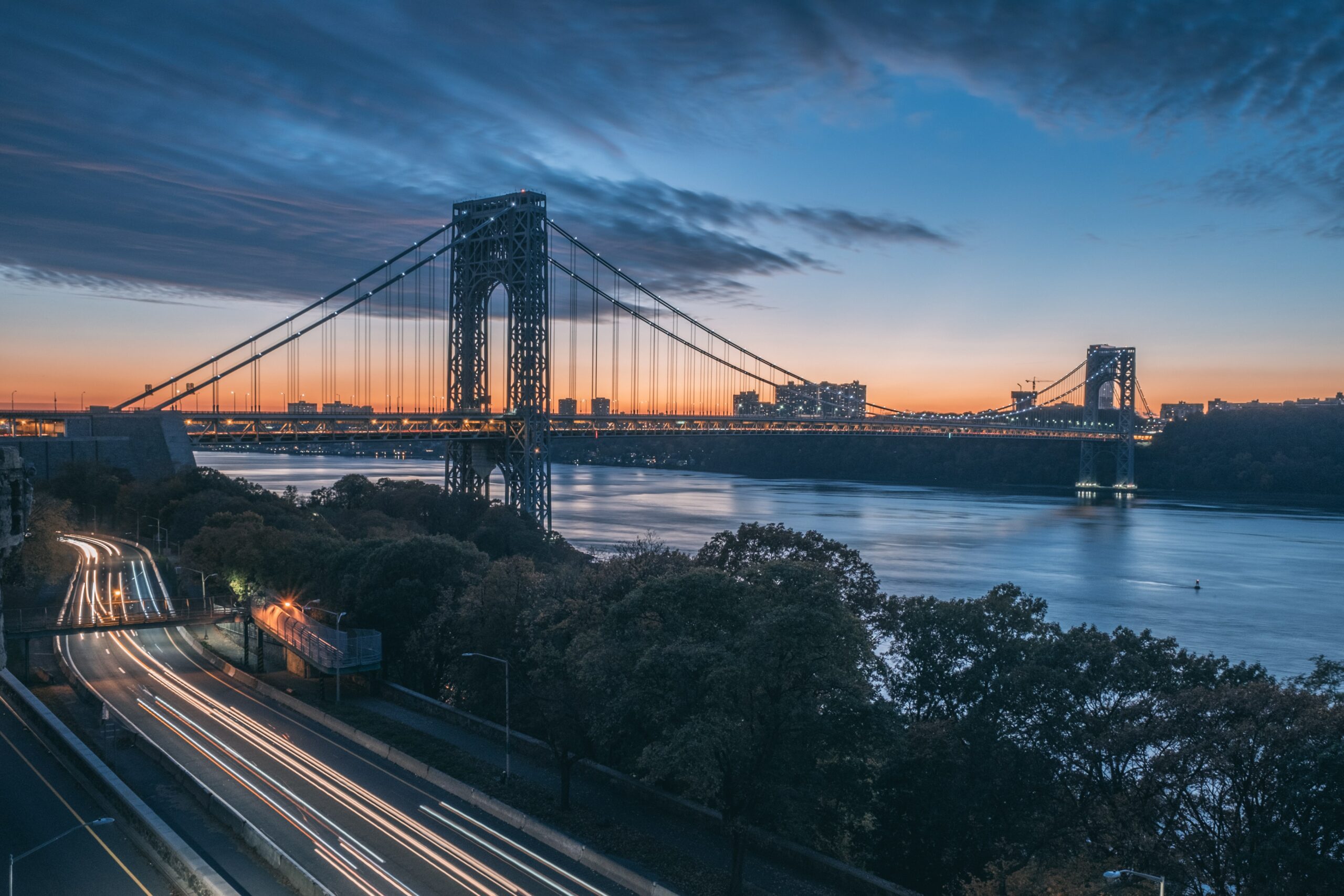 The RFK/Triborough Bridge is less of a bridge and more of an entire complex. It comprises three separate long-span bridges, some smaller bridges, highways, parks, and offices. This overachiever also connects Manhattan, Queens, and the Bronx. The complex is close to the George Washington Bridge and was completed in 1936, with some delays due to the Great Depression. And it wasn’t a cheap one – it cost $60 million at the time and was more expensive to build than the Hoover Dam. 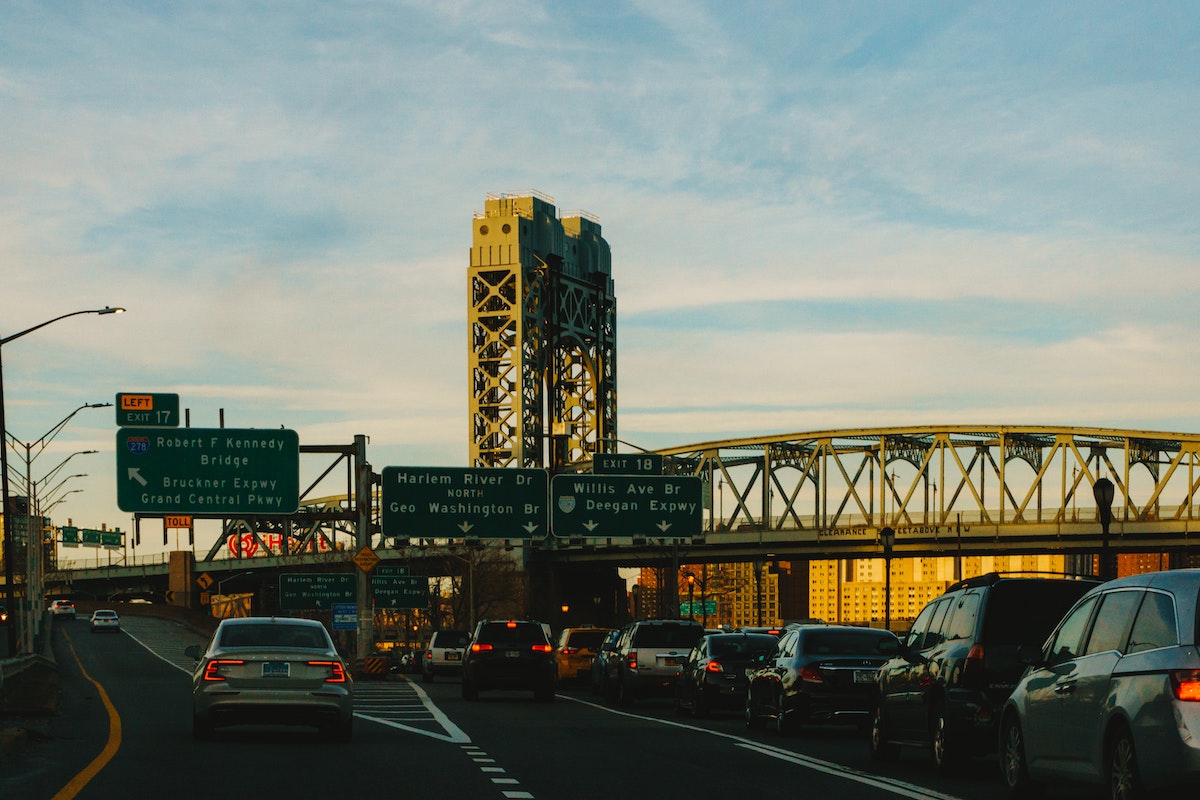 Traveling across the city that never sleeps isn’t always easy or quick, but the city’s many iconic bridges have made life a little easier. However, these bridges were expensive to build and also cost many lives of those creating them. We can all appreciate them today for their beauty, vastness, and history.