‘Cheesemongerer’ is such a funny word. Whether it be because they are seemingly uncommon or you have just never heard the term, a Cheesemonger is not something that is uttered out of the mouth by most people. However, they are actually a lot more common than you think and are often sought out by Manhattan residents on a day-to-day basis. Point blank, a Cheesemonger is a merchant who sells cheese, butter, and other dairy products. First, let’s talk about cheese and how it is made and then we can get into which Cheesemongers you should pay a visit to in New York City.

Where Does Cheese Come From?

To start off, cheese is made from milk. So, my lactose-intolerant friends… This article is not for you. In the United States in particular, milk will come from either cows or goats. In other parts of the world; however, milk may come from buffalo, sheep, camels, reindeer, and yaks. If you are receiving imported cheese then the possibility of it being from one of these animals is quite high.

How Do You Make Cheese?

How exactly does a big tub of milk become the delicious cheese you can enjoy on a plethora of dishes? Milk has two proteins which are called casein and whey. When milk curdles due to a rapid growth of bacteria which goes on to digest the lactose and creates lactic acid. Lactic acid will then go through the process of curdling and thus giving milk a sour smell. When cheese is made the first step is purposeful curdling.

Cheese can be made in a space as small as a kitchen or one as big as a factory. The cheese you consume is most likely made in a factory. Through this process, milk is poured into vats with a “starter culture” to be added which will turn the lactose into lactic acid. After this, an enzyme called rennet is mixed in which will curdle the milk. As soon as the casein curdles there is a whey protein that remains which is a thin, watery substance. 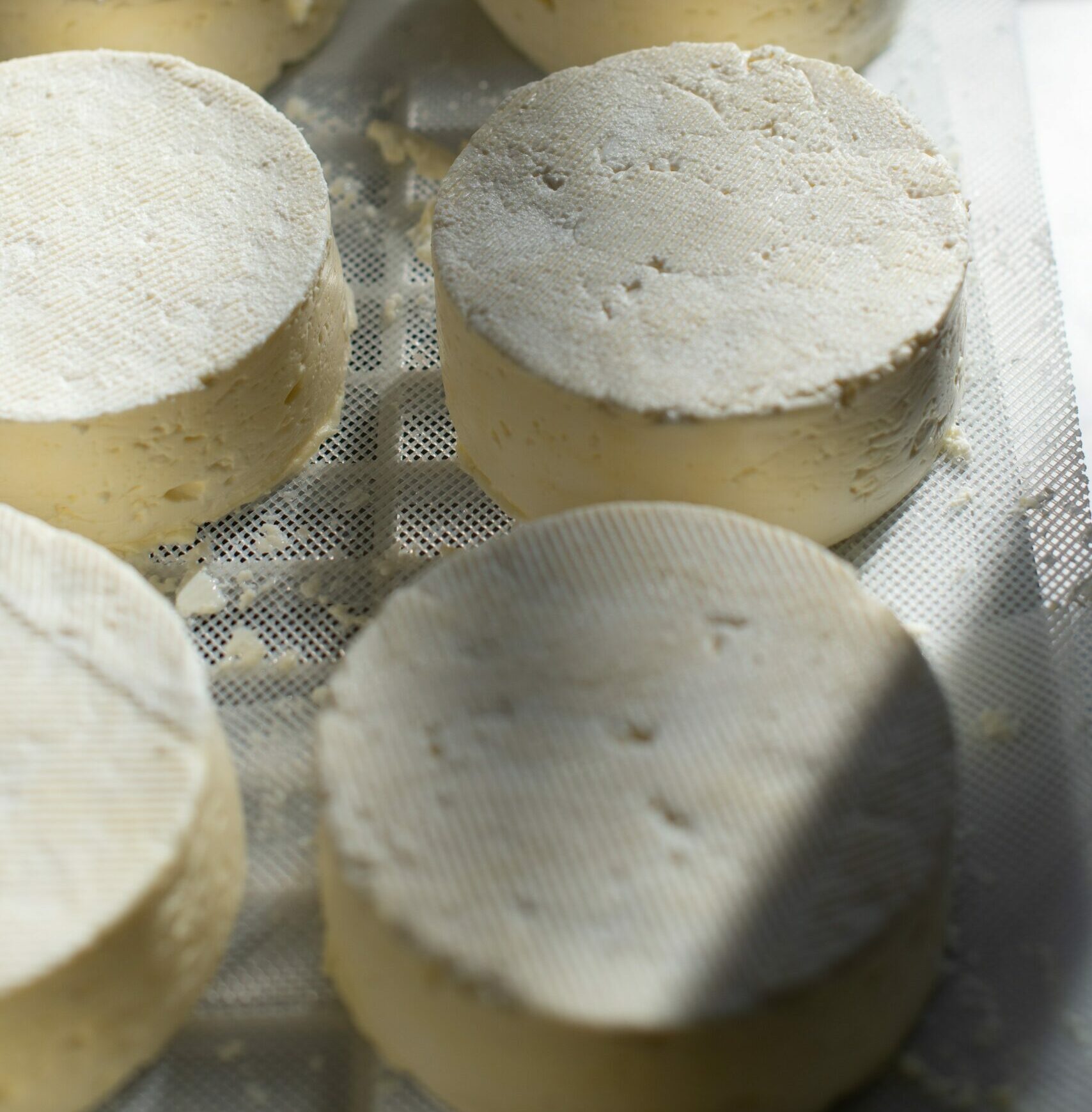 The whey is then removed and additives such as salt are poured in. After this, the curds are cut up and then heated to produce more whey. The leftover whey is then drained creating clumps of casein. The final form of casein is pressed into molds and then left to dry for different amounts of times depending on the cheese desired. The final result of cheese is dependent on the animal it came from, what the animal was fed, the bacteria used in the initial culture, and the process the cheese went through in the factory.

It is also important to take note of whether the cheese comes from pasteurized or unpasteurized milk. The difference lies within the temperature in which the milk is originally heated at. So, pasteurized cheese is heated to approximately 65° C (149° F) which will kill off any harmful bacteria. However, it could also kill off good bacteria that will alter the taste of the cheese. Most cheese you will consume will be pasteurized due to FDA regulations. In unpasteurized cheese (which is still available for consumption) the milk is heated to only about 30° C (86° F). This amount of heat is enough to allow the milk to ferment and eventually become cheese. The bacterial compounds are not ruined which creates a more flavorful product.

Now that you are educated on the cheese-making process, it may be easier to go ahead and visit these famous New York City Cheesemongers. You will know exactly what to look for and understand what goes into their selection. These vendors know more than we do though, so don’t be afraid to ask questions!

Murray’s Cheese is one of the largest Cheesemongers in all of Manhattan with tons of devoted customers. With their first location set up in Greenwich Village, they offer a wide selection of cheese, meats, and pantry items with cheese experts and mongers willing to help at any given moment. They also offer education and events programming. At their new Long Island City location, Murray’s Cheese has a state-of-the-art cheese cave.

In 2003, Kurt Beecher Dammeier opened the first Beecher’s Handmade Cheese in Seattle’s famous Pike Place Market. On a mission to serve cheese that was free of harmful additives and preservatives, Beecher Dammeier began sourcing products from only those he trusted that lacked any artificial ingredients. Over the years he has gained a large following, with people visiting from states across the continental US just to try his cheese. As of 2019, Beecher’s Handmade Cheese was awarded the best Clothbound Cheddar in America.

First opened on Bedford Ave. in 2003, Bedford Cheese Shop was founded by Jason Scherr and Jason Jeffries. To create a bridge between makers of cheese, charcuterie, and specialty food within their community, this cheese shop is home to cheese-lovers from all around New York City. Bedford Cheese Shop values its in-house Cheesemongerers and has a handful available to help contribute to their ever-growing storefront.

Carly is a freelance writer with interest in topics pertaining to lifestyle blogging, social justice, and anything to do with film/media. She graduated from the University of Wisconsin - Madison with a degree in English & Literary studies in hopes to write for a large music publication. When she is not writing, you can find her watching movies, cooking her famous Carbonara, and enjoying time outdoors.

Previous articleNYC Tenants Facing Eviction Struggle to Find Legal Representation
Next articleBlockchain Technology, Cryptocurrency and Smart Contracts: How They Can Alter The Future and Real Estate
YOU MIGHT ALSO LIKE
Beyond The Building