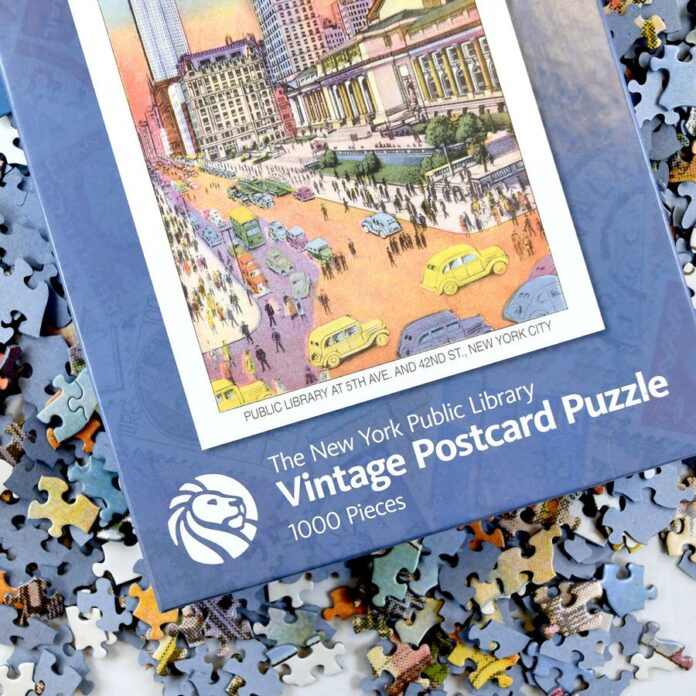 The holiday season is bere which means it’s time to start buying gifts for those around you. What’s better than a gift? An NYC-themed gift! It’s the best way to show some hometown pride (if you’re from the city) or just a cute memento for those who are missing the lights of the Big Apple. Either way, there are plenty of NYC gifts out there being sold by street vendors, but here is a list that has a little bit of everything for everyone. 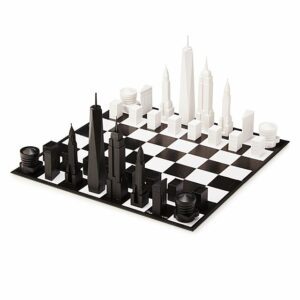 This NYC Skyline Chess set is perfect for the chess player in your life. Each meticulously made piece on the board represents a part of the city, like the One World Trade Center, brownstones, and the Guggenheim. $120 Uncommon Goods 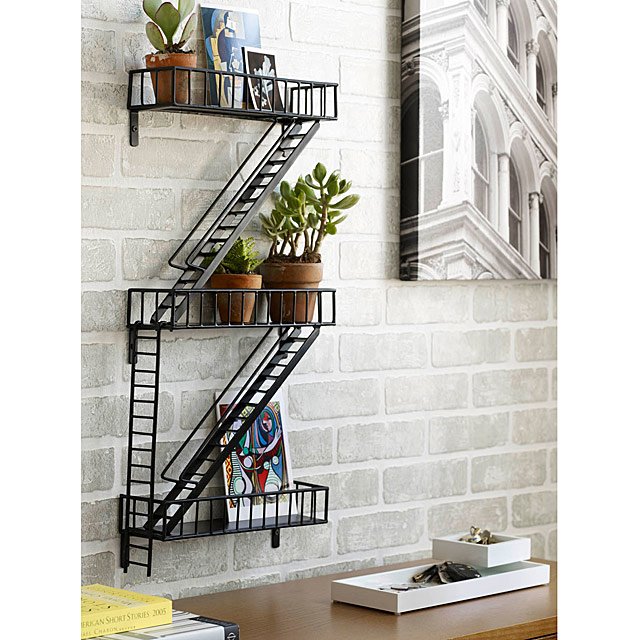 For those who have moved out of the city and miss the fire escape aesthetic, this Fire Escape Shelf will be the perfect piece for their home. Made from iron, reviews say this piece is sturdy and captures the perfect urban vibe. $110 Uncommon Goods 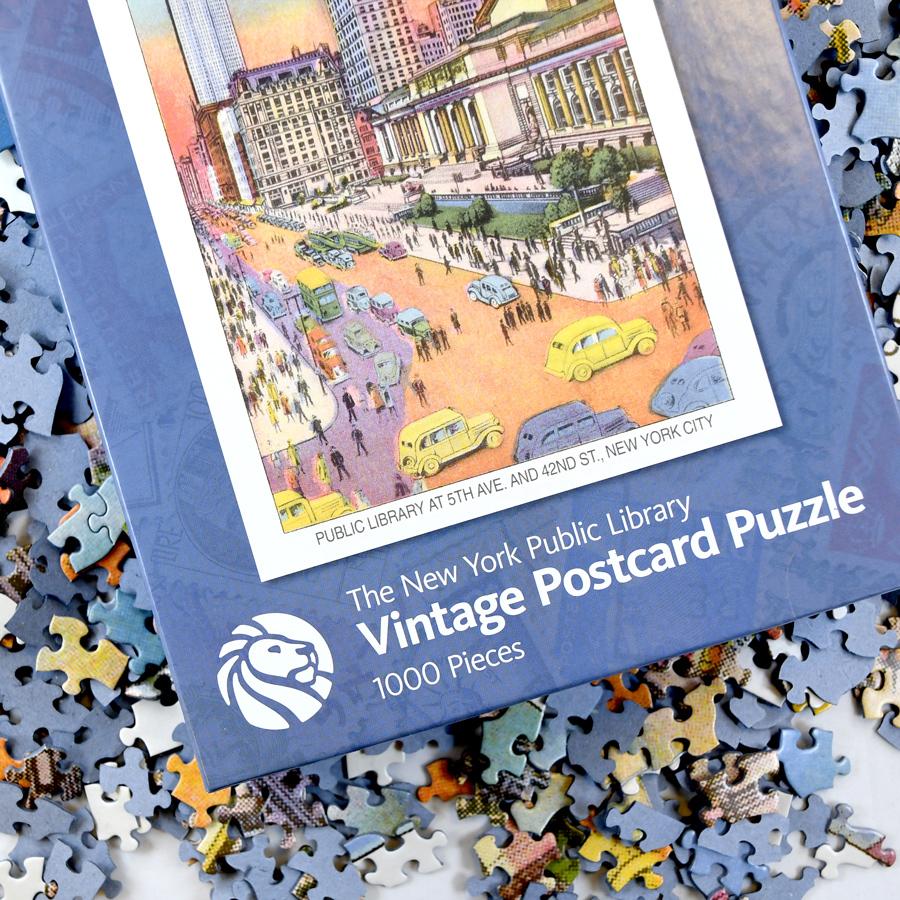 This vintage 1938 postcard depicts the NYPL’s Stephen A. Schwarzman Building with the Empire State Building in the back. A 1,000 piece puzzle makes for a fun time for any NYC lover. $20 NYPL Shop 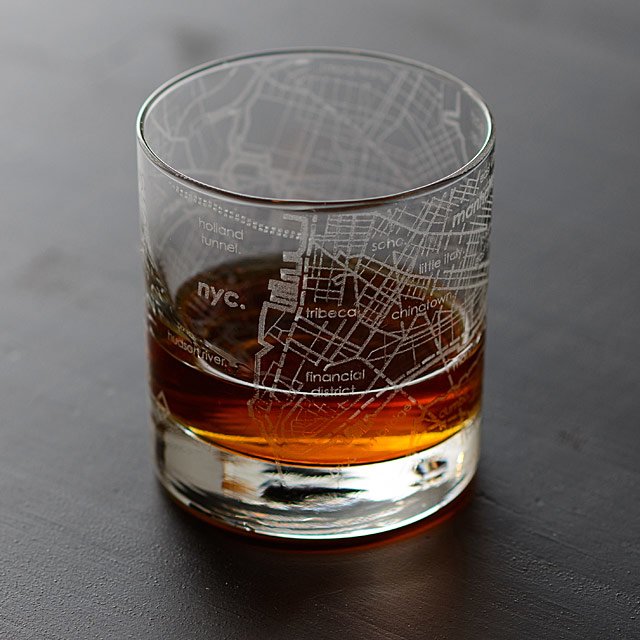 The Urban Map Glass gives your gift receiver the freedom to look at a mini-map of NYC whenever they sit down for a glass. $18 Uncommon Goods 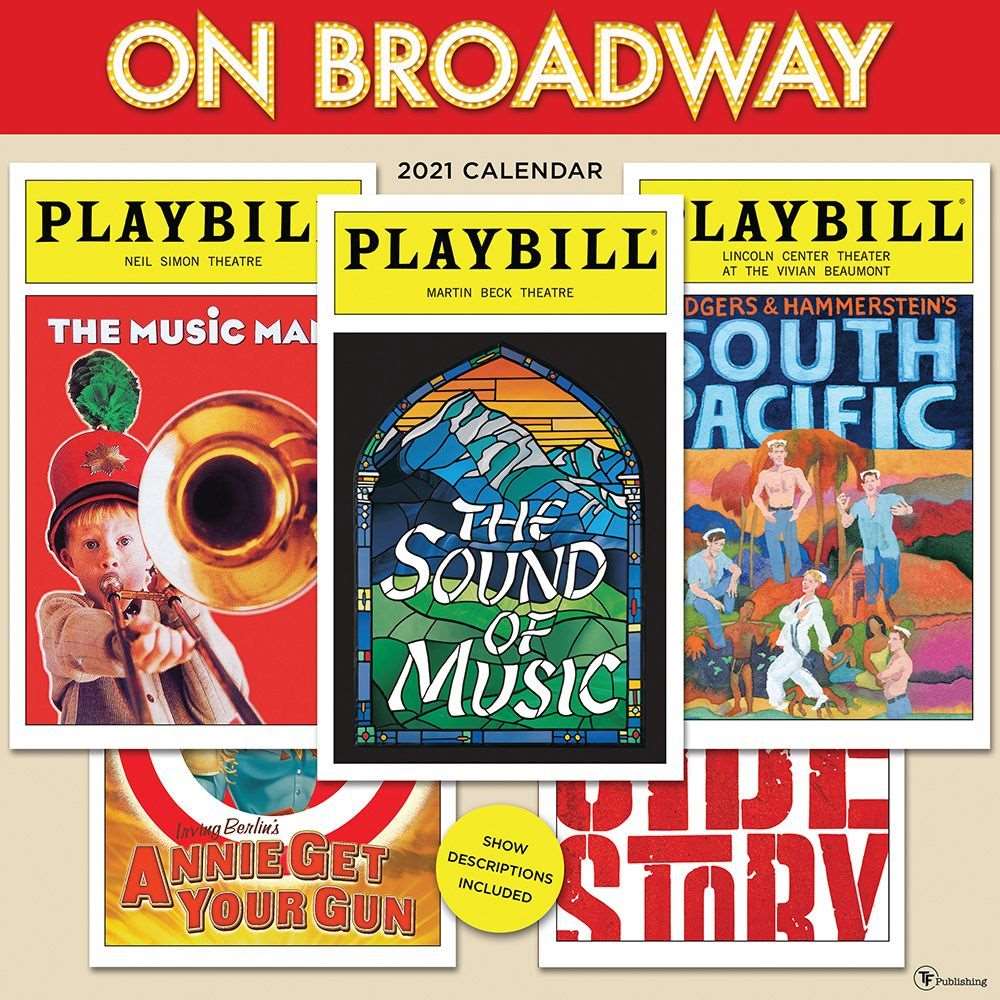 For the theatre fan in your life, Playbill’s yearly calendar showcases 12 Golden Age Broadway Musicals. It also includes production notes on each of the featured productions. $15.99 Playbill Store 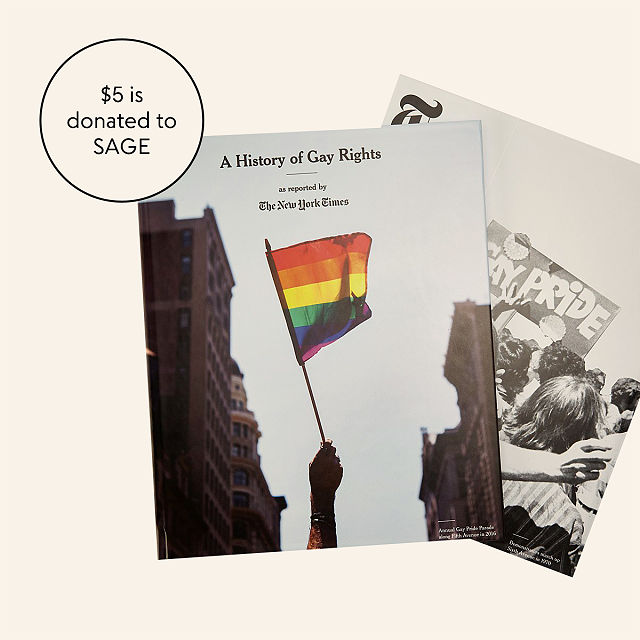 This is the perfect coffee table book for those who appreciate the NYT articles and LGBTQ+ history. There are also other editions that portray A History of Civil Rights and Women Making History. $50 Uncommon Goods 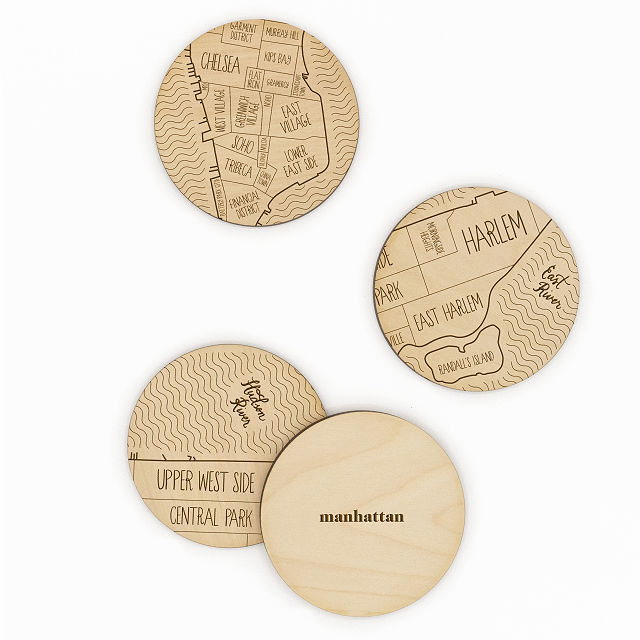 With options for Brooklyn and Manhattan neighborhoods, this four-piece coaster set is the perfect way to make a current or former New Yorker feel at home. $36 Uncommon Goods 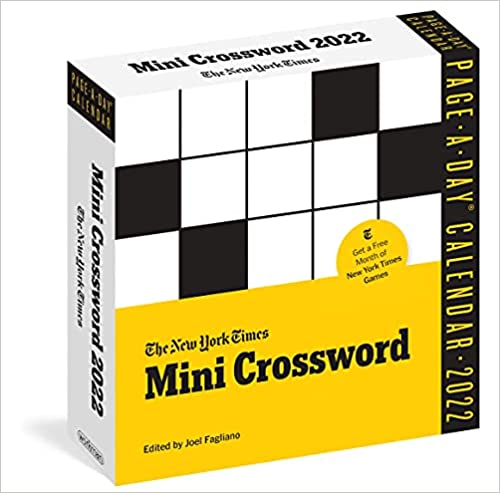 Besides the news, the NYT is also widely known for its clever crossword puzzles. They even have an app where you can play a free mini crossword every day. For those who want to play on a physical puzzle rather than a digital one, this Mini Crossword Calendar is the perfect gift to send. $15.99 Amazon 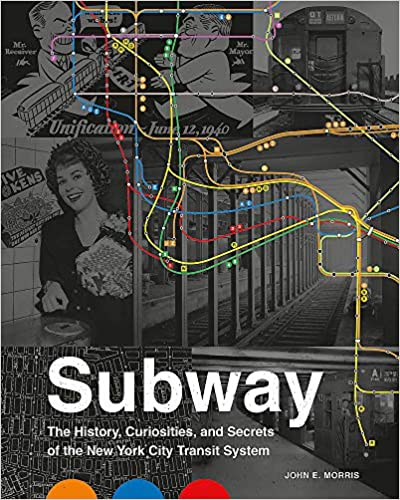 For those curious about the New York City Transit system, this book will be the perfect dive into the history and secrets. The book is packed with tons of interesting facts and compelling photographs, a tool in unlocking the mysteries of the world’s largest transit system. $22.99 Amazon Another one for the Broadway lover in your life. Playbills are a collector’s item for some, and a binder that is specifically made to protect and store playbills will take collections to the next level. It is designed to hold contemporary-sized Playbills. $17.99 Playbill Store Do you have friends or family missing the smells of the city? And I don’t mean the funky smelling parts. This Homesick candle is hand-poured to evoke memories of NYC. It’s top notes include bergamot, lemon, and grapefruit. Mid notes are water lilies, concrete, and jasmine. Base notes are oakmoss, sandalwood, and musk. $70 Amazon 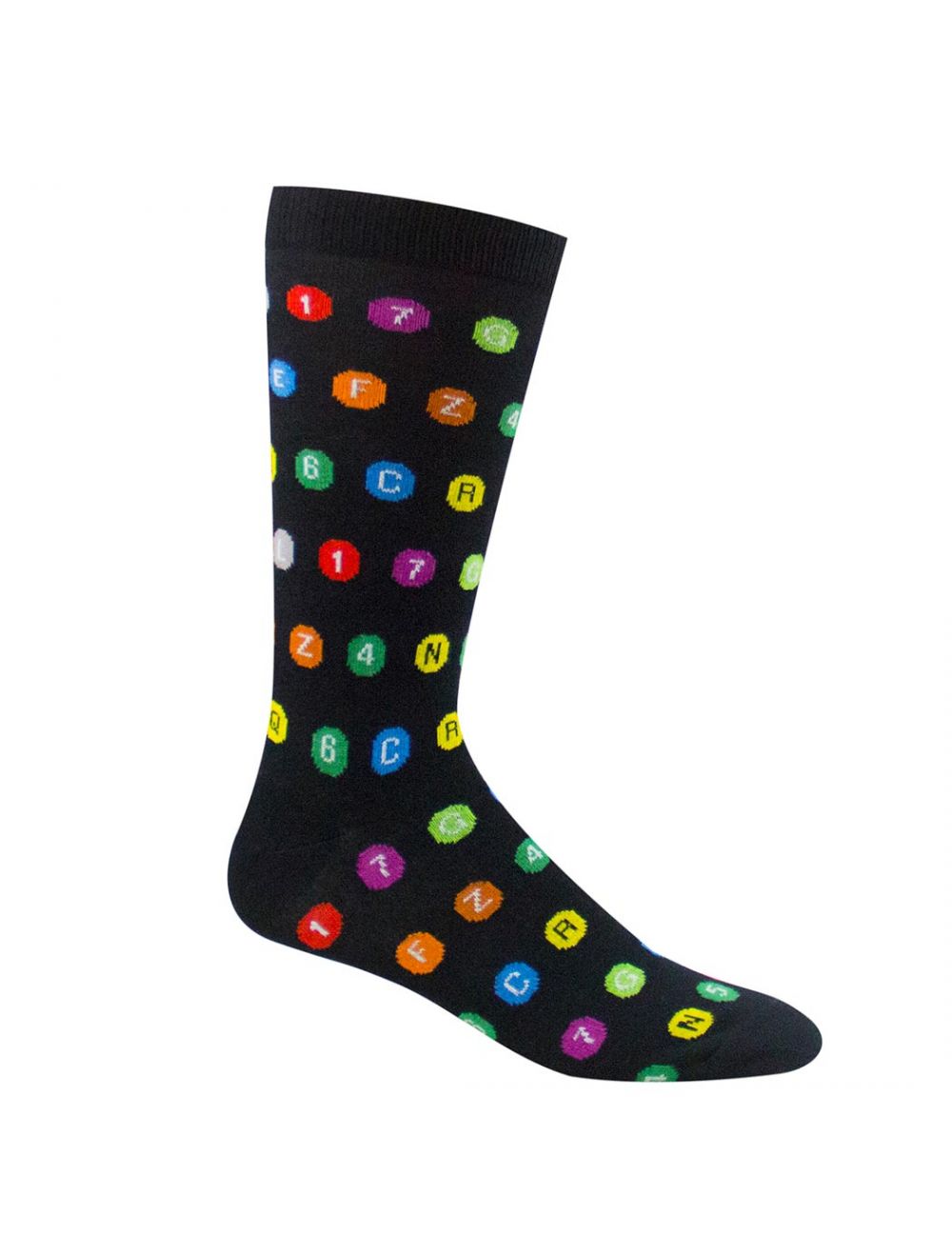 Before 1967, the NYC subway map was color-coded according to the three divisions: Brooklyn Rapid Transit, Independent Subway, and the Interborough Rapid Transit. In 1979, the current color lines were introduced and have stayed the same since. These socks represent the lines that run through the city and are a fun way to remember the city by. $15 New York Transit Museum Store

Nina Yu is a writer, new to the city. Her articles have been published to local newspapers and a national women’s online magazine.