HomeBusinessArverne East and the Rockaways
Business

Arverne East and the Rockaways 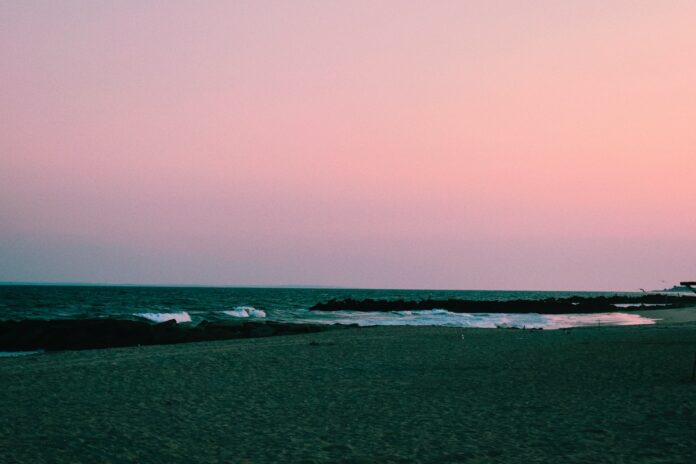 Plans are in motion in the Rockaways for Arverne East, a master-planned community to be built over the next ten years in the area between Beach 32nd Street to Beach 56th Place. The development is a result of a public-private partnership between the New York City Department of Housing Preservation and Development and developers L+M Development Partners, Bluestone Organization, and Triangle Equities. The latter three development partners just closed on a $30.3 million financing deal to cover the concluding costs of the first phase of the project construction.

In addition to 1,650 units of housing, the project components include a neighborhood park, a community center, a nature preserve, a greenway, a dune preserve, an event park, a retail corridor, a plaza, and an urban farm.

Within the retail corridor will be mid-box retail, neighborhood retail, seasonal retail for summer months on the beach, a coworking/office space, an elevated outdoor space, a cafe/restaurant, a 60,000-square-foot boutique beachfront hotel, and a new home for the Rockaway Brewing Company (currently in Long Island City). Additionally, each housing unit will have one designated parking space.

The project boasts quite a few components that are “greener” and account for environmental health. Most of the land in the new development, especially under the new buildings, will be raised at least three to eight feet above grade (with the community center on piles elevated 16+ feet) to prepare for possible flooding and rising sea levels. The irrigation systems will be powered by rainwater collections. Intentional rain gardens and stormwater swales will help absorb stormwater runoff. Other native plantings will serve as storm buffers, as well as provide beauty to the area. The soon-to-be-built community center will be fossil fuel-free, utilizing a geothermal system for heating and cooling, and a solar microgrid will provide enough power for not only the building but the surrounding neighborhood as well.

Of the 1,650 units of housing which will comprise the residential part of the development, 1,320 units will be set aside for affordable housing for residents who have been experiencing homelessness, or meet the income standards for low-, moderate-, and middle-income households. The remaining 330 units will be offered at standard market rates. There will be affordable homeownership opportunities for residents who qualify under the formerly homeless, or low-, moderate-, and middle-income requirements, as well as market-rate buyers.

Recent History of the Place

In the early 1970s, the land was bought by the city and all existing buildings were cleared from the site, as part of the Arverne Urban Renewal Plan which was approved in 1968. In 2003, the rebuilding project was approved by the Uniform Land Use Review Procedure. The city opened up the project to developer proposals in 2005. Plans were delayed due to the 2008 recession and Hurricane Sandy in 2012. Throughout all of the bureaucratic proceedings over the last few decades, the land has sat empty until now.

An article from Rockaway’s local newspaper, The Wave, from August of 2020 notes resistance from the surrounding community toward the project. The article recounts insights from a town-hall style virtual meeting in which community stakeholders spoke up regarding their concerns about the project. The primary consensus was to ask the developers to rethink their plans in the wake of Hudson Yards deterioration, COVID-19, and waning school resources. Community members spoke strongly of the need for schools and a hospital, rather than retail space and housing. Especially after experiencing such intensive throes from COVID-19 (Far Rockaway’s 11691 zip code had the nation’s second highest death rate during the height of the pandemic), and the area facing reduced healthcare options (Peninsula aka Rockaway Beach Hospital closed in 2012, and state officials threatening to reduce St. John’s Episcopal Hospital this year), local residents know the need they have for increased medical services and facilities. More recently, in September 2021, St. John’s Hospital caught fire, damaging the 10th and 11th floors. In addition, schools in the Rockaways are lacking enough space and resources, and parents who are able have been accommodating the situation by taking their children elsewhere to private schools. Other students, still, are left unable to make a move to better education. These are the needs to which the community members spoke at the meeting with developers in August 2020.

The year of 2021 has brought about the early phases of stage one of the project. Early this year, work began on the 35-acre nature preserve, employing arborists, ecologists, and horticulturalists, alongside the NYC Parks Department’s Natural Resources Group. The preserve is prioritizing existing native trees and building around them as centering points. Next in the works is new infrastructure: storm and sanitary sewers, water mains, electric, gas, sidewalk construction, street tree plantings, street lamps, and using fill to raise the ground level anywhere from three to eight feet from its current level.

Now, as the year comes to a close, the final part of stage one is beginning: the construction of a community gathering center located on the eastern side of Beach 44th Street. The facility will include a 5000+ square-foot welcome center, a rest area, and an urban farm. The community center will be largely managed by RISE, a non-profit already operating in the Rockaways, which provides youth development and civic engagement. Here, designated classroom space will host local community groups and organizations to gather and provide free programming. RISE will also partner with the NYC Parks and Recreation Department to manage the nature preserve. The outdoor space surrounding the building will be used for environmental programming and green jobs training for local youth and residents. The farm will incorporate a compost exchange, native plant nursery, educational garden, and farmers market. There will be a parking lot with permeable asphalt to alleviate flooding, with 30 parking spots and ample bicycle racks. Construction of the community center is expected to last one year, beginning now.

It is no doubt that the incoming development at Arverne East will bring environmentally well-constructed buildings and lush native greenspaces, all accounting for climate change and rising sea levels, as well as a turn away from fossil fuels. It is a positive force for sure. But will this new development also bring the kinds of improvements and resources that the surrounding community so desperately needs, i.e. schools and medical care facilities? Which needs are the most pressing for this particular space? Will the developers flex a bit and incorporate the needs voiced by the community into their future plans?

Previous articleThe Impact of the Too Good To Go App
Next articleThe Affirmation Tower: A Beacon of Inclusivity, Diversity, & Representation in NYC
YOU MIGHT ALSO LIKE
Community