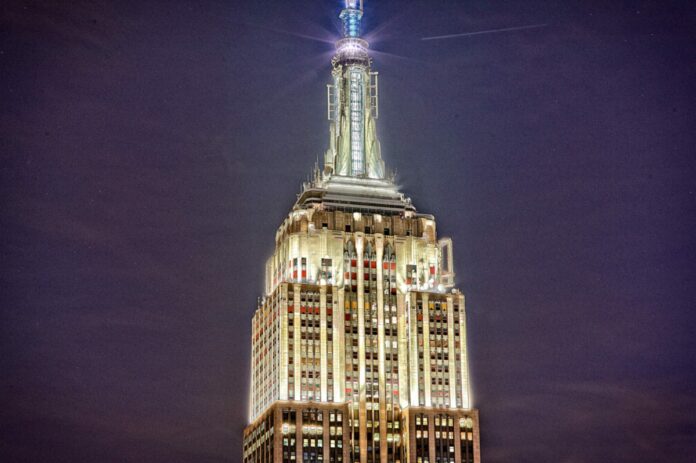 New York is home to many different design trends, helping to make it one of the most unique real estate empires in the world. One of the city’s most incredible architectural designs, specifically Manhattan, is Art Deco, or Deco. This design choice can be seen far and wide throughout NYC and boasts a unique history you can’t find anywhere else.

The Beginning of Art Deco

The exhibit modeled pieces that were a unique blend of rich materials and craftsmanship, symbolizing luxury, social, and tech progress – it was a signal of hope. Art Deco’s stylistic elements are derived from many different sources, from Cubism and Ballets Russes to art in countries like Persia and China. It is a collective melting pot of many different styles and element choices, unlike anything the world had seen before. A big part of localizing the movement was bringing it to the states, more specifically New York City.

From the 1920s until the 1930s, the famed Chrysler Building, along with a set of other skyscrapers, were built in the city. Art Deco would eventually fizzle out in relevance as time passed and World War II began. With new materials, wants, and needs, Art Deco was no longer the leading design choice as it had transitioned to a more modern option, but the one-of-a-kind buildings, history, and inspiration remain. Though, that’s not to say that everyone loved the design themes at the time of being built. Some criticized the Chrysler Building intently, stating that it was unoriginal and inane.

Where to See Art Deco In NYC

Plenty of iconic buildings in New York City boast the Art Deco design profile. Chrysler Building in Turtle Bay stands at over 1,000 feet tall and was once considered the tallest building in the world for just under a year after being built. In 1978, the building was designated a New York City landmark.

Another building designed to model Art Deco was the American Radiator Building, aka the American Standard Building. This building was constructed between 1936 and 1937 and joined the Chrysler Building as an early Art Deco installation. American Radiator Building is located near Bryant Park in Midtown Manhattan. The unique building combines Art Deco with gothic themes giving it a distinctive dark but elegant appearance.
General Electric Building, located on Lexington Avenue in Midtown Manhattan, is 640 feet tall. Art Deco significantly influences the top of the building, also paired with gothic elements. The combination results in a unique and extravagant building topper fitted with lightning bolts and symbolism of the electrical nature of the building.

Perhaps the most iconic building in New York City, the Empire State Building, is another example of Art Deco in the city. This building was built between 1930 and 1931, only shortly after the Chrysler Building was constructed. At 1,250 feet, this Midtown South building is well-regarded for its classic Art Deco elements.

Where Art Deco is Available Now

Previous articleCurrent and Upcoming Art Events in NYC
Next articleWhat Is a Carriage House?
YOU MIGHT ALSO LIKE
Beyond The Building