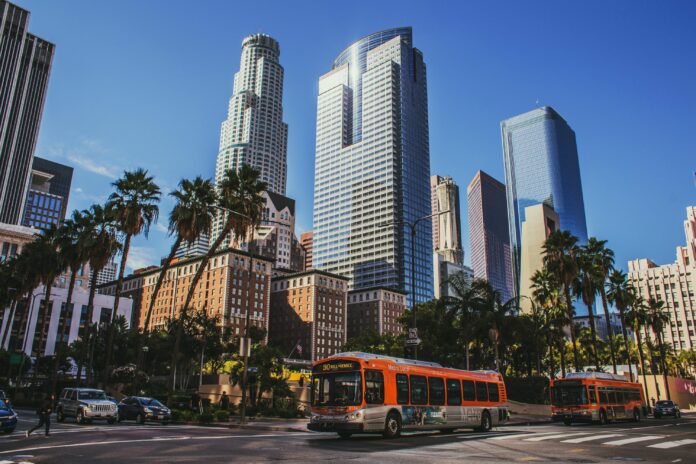 The East Coast versus the West Coast – which is the best coast?  Ah, that elusive question.  I imagine the answer depends on who you ask.  That debate is for another time.  For now, let’s check out the myriad of differences between both coasts, specifically Los Angeles versus New York.  As a native Angeleno myself and someone who has visited NYC, I can confidently say there are definitely massive differences between both cities.  Thinking of relocating from LA to NYC?  Read on to find out what you need to know.

If you think LA is an expensive place to live, brace yourself for NYC apartment rental prices.  As of November 2020, the median rent for a 1-bedroom apartment in LA is $1969 while in NYC, this price stands at $2425, meaning that LA generally has cheaper rent. The area you choose to live in affects the affordability of expenses like rent and groceries.  Unless you’re earning a really good living in NYC, you’ll likely have a roommate (or three.)

This one is probably a no-brainer, but…New Yorkers walk or use public transportation pretty much all of the time.  There’s no need to have a car – a stark contrast from LA.  People in LA drive everywhere, like, everywhere.  This difference will either be a shock to your Angeleno system OR a welcome change.

Of course, getting around and how far you are willing to commute also impacts your cost of living.  You can visualize the transportation premium using a subway rental map.

Seasons?  What are those??  NYC has all four of them!  LA, on the other hand, has two seasons – wet (November-March) and dry (April-October.)  If you’re an Angeleno looking to move to NYC, be ready for some cooold and snowy winters and huuumid summers.  On average, NYC has 224 sunny days per year, compared to LA’s 284.

Though many New Yorkers work in finance, with aspirations to work on Wall Street, the NYC job market is quite diverse and encompasses a myriad of career opportunities. In stark contrast, LA is known for being home to struggling actors and writers. This is not to say that LA doesn’t have a plethora of career paths one can choose from, but chances are high that working in the entertainment industry tops that list. Interestingly enough, many actors living in LA move to NYC, hoping to make it on Broadway. NYC has been called the “land of opportunity” for a reason – there are a ton of career paths you can choose, but all of them will require you to hustle and grind. New Yorkers are known for being hard workers and doing whatever it takes to “make it” in the city that never sleeps.

This is a “depends on who you ask” topic that we could discuss ad nauseam.  In a nutshell, while both cities offer incredible food, LA has better ethnic/cultural cuisine and “bang for the buck” food, while NYC has better fine dining (69 Michelin-Starred restaurants) and street food/low-budget food.  One advantage that NYC has – craving a pizza at 2 am?  No problem.

Living in NYC is not for the faint of heart.  New Yorkers are, shall we say, direct?  Possibly abrasive, likely blunt.  The reason for this?  They don’t like to waste time.  You can tell this by how fast they walk – everywhere.  They have places to be and people to see.  Don’t take it personally, it’s just the way it is.  Angelenos, on the other hand, tend to be more laid back and chill.  Make sure you have a thick skin if you’re making the leap to life in the Big Apple.

For the most part, New Yorkers dress very well.  This is not to say that Angelenos don’t…but living in NYC just makes you want to up your fashion game.  Living in NYC means you’re constantly exposed to new trends and you’ll likely want to take part in them – or not…the choice is yours.  LA/Cali has more of a laid-back, beachy vibe when it comes to fashion.  That could be due to the 284 sunny days a year…and the plethora of beaches…not to brag, of course.

There’s always something to do in NYC.  From museums to concerts, to sunset yoga in Central Park, to glorious meals, “bored” will vanish from your vocabulary.  Being social means making connections.  If you’re open to it, meeting others is very easy.  There’s always something going on to foster human interaction and connection.  It’s much easier to be a homebody in LA.  Restaurants typically close around 10 pm, bars close around 2 am, and you don’t feel like you’re missing out by having a Netflix and chill kinda night.

Los Angeles and New York are like two rivaling siblings. There’s always going to be something to bicker about.  One has captured the gritty, dog-eat-dog charisma of the family traits, while the other exudes a smooth, mellow nature. One suffers the wrath of the seasons, while the other enjoys sunshine and breezy temperatures.  Both are beautiful and unique in their own ways.

New York has a captivating allure to it, almost intoxicating.  It’s been said that everyone should live in NYC at some point in their life, so what are you waiting for?  The Big Apple is ready to welcome you with open arms (and a slice of pizza.)

Robin Shack is a freelance writer and editor. Her work has appeared in the Los Angeles Times, Amazon.com, Lagunasalt.com and sainteden.com