HomeLiving7 Engaging Parks in NYC for Children
LivingThings to Do

7 Engaging Parks in NYC for Children 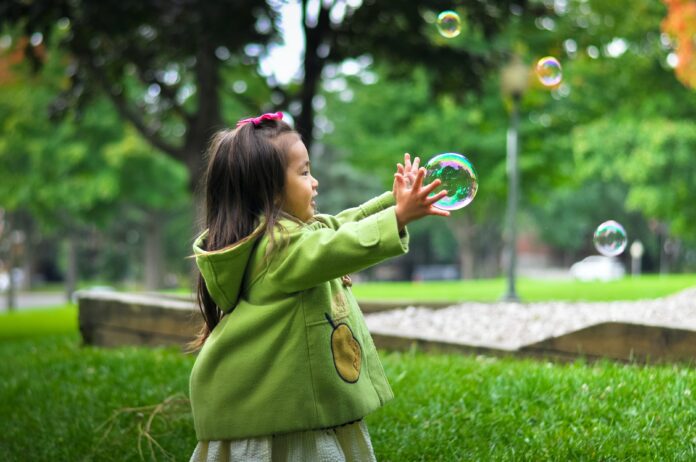 Living in the city usually means that your children don’t have a backyard to run around in. Some apartment complexes have their own playground, but it can be small and crowded with the other kids living there. Sure, small parks are an abundance in New York, but what are some of the best parks to go to that your kids will surely enjoy? Thanks to the New York City Dept. of Parks and Recreation, they help create and fund these parks that children love.

There are great parks all over the city, and all across the five boroughs. However, there are the parks that go beyond expectations. Here is a list of parks, some with jungle gyms and splash zones that will give your child’s imagination a good run.

Located in Central Park, this playground is actually inspired by the Egyptian wing at The Metropolitan Museum of Art. The playground features a pyramid-like centerpiece where children are able to climb up and slide down, tire swings, tunnels to hide in, and a water feature. This playground might be more ideal for older kids, as every feature is made of stone.

This playground emerges within the crowded streets of Manhattan’s Chinatown. This park is perfect for older kids and younger ones as well. The multiple entry and exit points make it fun for kids to climb around. There are twisty slides, monkey bars, and a rope climb. The toddler area at this park is enclosed in its own area and includes a sandbox. If your kid is one to jump around and sprint, the padded space will be perfect for them to do all that safely.

Located in Riverside Park, this playground is a fun one. The name of this playground comes from the many hippo statues (designed by Bob Cassily) found in the park. This place offers swings, a jungle gym, slides, and a soft surface to play on. Some of the hippos even spray water. According to the park website, the large hill on the east side of the playground is a very popular sledding area for children during the winter seasons. In the summer, the park is surrounded by trees to give the children and guardians some shade.

Another fun installment for kids to play in, is the Tom Otterness Playground. This quirky play structure features a giant bronze character sitting, and leaning back. Its legs and one arm are slides and the spine and middle of its body is where kids can climb up. The arm that isn’t a slide is an outstretched palm, perfect for climbing into. This play place is suited for older kids as the slides are a little fast for younger ones. It’s really about the art at this park, but both children and parents will surely appreciate the creativity of the sculpture.

This 1.8-acre park located in lower Manhattan has made sustainability its goal when in development. Materials as well as contractor practices were all considered in the process. According to Michael Van Valkenburgh Associates, the landscape architectural company in charge of the park’s development said, “Based on decades-long research into urban soils and non-toxic plant maintenance, environmental aspects of the park’s design include fully organic soils and maintenance regimes that don’t rely on pesticides, herbicides, or fungicides. Treated and recycled graywater from the adjacent LEED Gold-rated Solaire Building and stormwater runoff from the site are captured in an underground storage pipe, supplying all of the park’s irrigation needs.” They created this park targeting children as its most important users. The park is designed to look at the lack of natural experience within a child living in an urban area. This park features natural stone, water features, and plants to stimulate nature within the child’s mind.

For kids of all ages, this park even looks fun to play in! There are water features during the summer heat, swings, tire swings, slides, and a whole centerpiece to run around on. This park is notable for its brightly colored number and letter blocks, and a large water wheel. Another name for this park is the Police Officer Moira Ann Smith Playground as it’s named after the only NYPD police woman whose life was lost during the 9/11 attacks.

The most eye-catching piece in this park is the rainbow pipefish. Its winding body makes room for a multilevel jungle gym with multiple entry points. The slide leads to a sandbox, and the waterplay area is perfect for all ages. It’s located close to the Hudson River, making it a perfect place to play if your child likes a small breeze.

Nina Yu is a writer, new to the city. Her articles have been published to local newspapers and a national women’s online magazine.

Previous articleGotham Point at Hunters Point South Offers Affordable Housing via Lottery
Next articleSpirits With Spirits: The Campbell Apartment
YOU MIGHT ALSO LIKE
Eat & Drink

Places to Avoid in NYC During Graduation Weekend