HomeBusinessWho Will Be the Next NY Governor?
Business

Who Will Be the Next NY Governor? 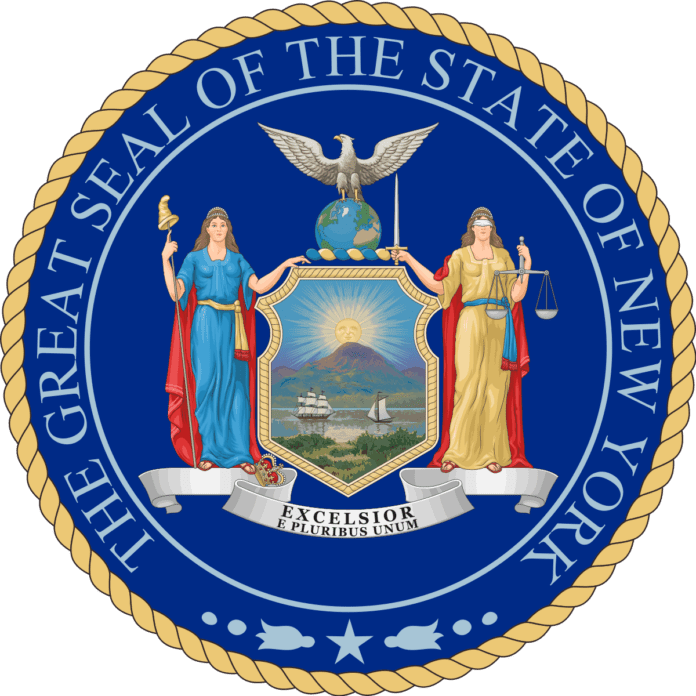 The race is on for Governor in New York for 2022, and the competition is fierce. Current Pro Tem Governor Kathy Hochul will have some serious opponents to contend with this November 8, 2022 – and New Yorkers will have some serious decisions to consider when choosing a candidate at the polls this year. With recent news that $4.6 million in donations to Hochul came from prominent individuals in real estate, it made us wonder who else is competing to be the next Governor of New York.

Already, there’s no shortage of candidates, and the list of official entries is still incomplete. But we do know there are 5 Democrats and 6 Republicans so far. So let’s go over what – or in this case, who – we know. Want to do more research? Click each candidate’s name to view their current campaign website.

The Democrats ~ AKA “The Left”

Current Governor, automatically replaced Governor Cuomo upon his resignation in August 2021, as his lieutenant governor. She has attempted to accomplish great things in a short amount of time. She’s doing a fair job, especially since she is officially the first female New York Governor. But do New Yorkers really want her in the position permanently? We’ve seen Hochul’s amazing fundraising efforts reach over $26 million dollars recently, dwarfing the efforts of her competitors in an attempt to intimidate and annihilate them from the race. She wants to win the position by vote, fair and square and seems to be showing the other candidates just how serious her campaign intends to be. Hochul is a Buffalo native and was favored in the first major poll.

This candidate is based in Queens and is running on an affordable housing platform, also promoting easing the wealth gap and incentives for NYC dwellers to move upstate or to outlying boroughs away from Manhattan. He has worked as an attorney and in government for the past decade, and he believes he can do the job best.

Running as a “common-sense Democrat” to get the job done. Suozzi has been the former Mayor of Glen Cove, an elected county executive, and currently serves as a member of Congress. Suozzi has done a lot of good work for the state of New York, is an active environmentalist, and is also a well-liked candidate for Governor. Suozzi passed on the opportunity to serve as Deputy Mayor under close friend and ally Eric Adams in order to run for Governor of New York.

This candidate is also running on a platform of “truly affordable, income-targeted housing” of which he won the New York City Public Advocate 2019 position. He also advocates for anti-gun violence measures, fair policing, and social justice issues. His campaign page touts him as an activist and a leader.

Although this candidate is registered as a Democratic choice for the 2022 election for Governor of New York, we found no campaign website or even source page for information on him. The link is to his Instagram page, where he has exactly 2 followers and 400+ posts.

The Republicans ~ AKA “The Right”

A Republican favorite, Zeldin is a member of Congress in the House of Representatives for the first district of New York. He is a veteran of the Army and a Lieutenant Colonel in the Army Reserves, and serves on several committees, including the Committee on Financial Services, the Committee on Foreign Affairs and a Subcommittee on Housing, Community Development and Insurance, to name a few. His proposals that have passed in the House have included issues on veterans affairs, healthcare and taxes, among others.

This candidate is officially running for Governor of New York as well. Some of Dr. Lord’s campaign promises include zero Covid-19 deaths, abolish mask mandates, bring clergy into health care facilities, investigate Donald Trump for treason and make antibody cocktails free to anyone with Covid-19. To see more about what Dr. Lord has to say, visit the campaign site (via the link in their name) and play the video.

A well-known name in NYC, Andrew is the son of former NYC mayor Rudy Giuliani but is a contender on his own with a career in politics for years now. He served as a special assistant to the president and associate director of the Office of Public Liaison during the Trump Administration.

This candidate proclaims he’s a “stalwart conservative” aiming to help New York citizens take back control and govern themselves, but also has very definite ideas on major issues which you can see for yourself on his campaign website.

Sheriff of Lewis County and a long career in law enforcement and the endorsement of President Trump as his “favorite Sheriff in the state of New York”, Mike Carpinelli is running for Governor and supports the freedoms detailed in the United States Constitution. He takes his oaths seriously, and is proud of his representation of the community he serves.

Last but not least, we have Astorino, who was the elected Westchester County Executive from 2010 to 2017. Additionally, he was the program director for the SiriusXM radio station called “the Catholic Channel”, also hosting a weekly show with the Archbishop of New York. He was the Republican nomination for Governor in 2014, and is running again this year.

There are multiple issues at stake involved in this year’s election for Governor and Lieutenant Governor of the state of New York. Along with the issues related to the pandemic, current events circulate around crime, housing affordability, taxes, the economy, etc. In order to make the best choice from a well-informed perspective, New Yorkers should be sure to do their research on each candidate and avoid just voting for a straight-party ticket. The choices we make have an impact on our day-to-day lives here in New York, and every vote truly does matter. If you’re not registered to vote, you can do so here.