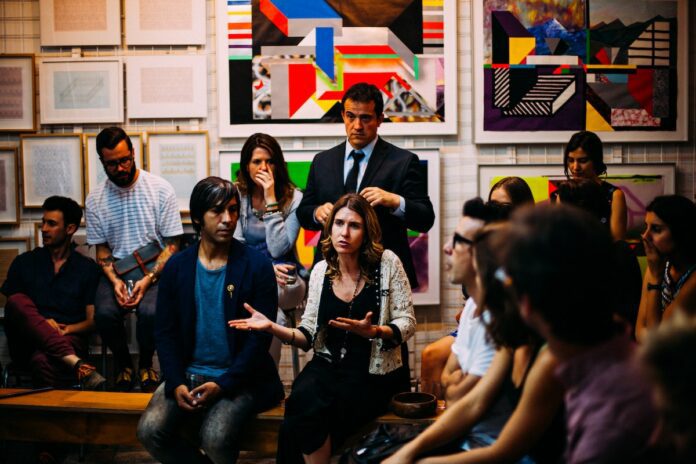 Affordable housing is a rapidly growing problem across the country, particularly in major cities. Only growing in magnitude and leaving little room for sustainable solutions, many politicians and advocates are pushing for actual solutions that will produce long-term results. Cities across the country, even the world, have all adapted unique programs to fix the housing crisis, but too often, the efforts fall flat. Similarly, innovative ideas are too bold to implement or too young to understand long-term benefits. Let’s take a look at issues impacting affordable housing and potential solutions.

A housing crisis breaks down into several categories. One of the most talked-about ones, and oftentimes what proposed laws and policy cover, is affordable housing. This covers things like unregulated rent prices and housing bubbles and subsequent inflation, such as the one we’ve seen during the pandemic. Other issues covered by the housing crisis umbrella? Two major ones include the homeless population and natural disaster crisis.

Another key note for breaking down the housing crisis is the difference between a housing shortage and a housing surplus without affordable options. Places with surpluses included New York, Miami, Chicago, and Los Angeles, according to REALTOR Magazine. There were far more places with shortages, ranging from Phoenix, Arizona at number one with a shortage of 4,698 housing units, down to Spokane, Washington, with a housing unit shortage of 99.9 units.

Despite housing issues compounding over the years, a clear solution has not been found. It’s the reason that cities across the country still struggle uniquely with their population’s housing crisis. Take, for example, San Francisco, which is suffering from finding housing for the growing homeless population. The city is required to submit biennial point-in-time figures on its homeless population, and in 2019, the number tallied over 8,000.

The issue stems primarily from a lack of space. Many have proposed ridding the city of “tent cities” and building up sustainable self-resilient housing structures instead, but funding, space, safety all present major hurdles. Alternatively, The Denver Republican Party proposes strict camping bans, which enforce the number of campsites set up by the homeless population across the city.

Residents in Washington, specifically in the Seattle metropolitan area, are also scrambling to find solutions for the homelessness crisis. A recent poll showed that 35% of residents believe the solution for homelessness is more resources. Another 30% said more affordable housing was needed. 10% of residents believe new leadership is necessary, and another 13% believe better enforcement of laws is necessary.

Seattle city councilman Andrew Lewis has created the JustCARE program, which is focused on visible results. The program is catered around a human approach and shows a grassroots approach to fixing a major issue without law enforcement or displacing. This group signals an innovative approach, one that has seen early access, helping to relocate 31 people from Seattle’s Pioneer Park to a shelter. On a grander scale, the semi-new coalition Regional Homeless Alliance is cleared to spend $140 million dollars next year on the problem. A major step toward remedying a long-standing issue in Seattle and surrounding spaces. Plans for the group include creating over 2,000 new housing options.

In places like New York City, prices are rising sharply in record time. Natives and vulnerable populations like the elderly and families with young children are being priced out of their homes. What was affordable one year has doubled by the next. People are being forced to completely uproot their lives, sometimes moving to neighboring boroughs, sometimes into homeless shelters, onto the street, or far from the place they once called home. Proposed solutions for this specific issue include rent control policies to combat situations where rent is raised without reason, forcing residents to evacuate. Soaring rents are only expected to continue as the pandemic subsides, and the world opens back up. New Yorkers have already detailed the inexplicable price jumps – 40, 50, 70% increases as detailed in this article.

Also paired with rising rents are the increase in investors racing to try and snap up great opportunities. This perpetuates the increase, and even those in old apartment buildings may be faced with annual rising rates as buildings are passed around and bid rates go up. This is taking a major toll on Americans’ income distribution and forces them to reduce spending on other goods and services. According to Zillow, the median rent in America was $1,179 this past August, and America had to fork over 30.3% of their income to pay rent, but that figure was 29.4% higher than last year. That figure is over economists’ recommendation of 30% or less for affordable housing. The number could only continue rising and require more people to spend more than they can comfortably afford.

California approved a statewide rent control measure in 2019. The bill states that rent can only increase 5 percent after inflation and also protects against unjust evictions. The bill was championed by tenant support groups and Governor Gavin Newsom at the time of instating. As the state with the highest housing costs, this bill was instrumental and limiting unfair inflation. However, California still had a number of housing problems despite the rent control measure. One is that this bill only protected 8 million renters in the state, yet there were over 16,900,000 tenants in 2019, half of the state’s population.

Joining California in some form of rent control are Maryland, New Jersey, New York, Oregon, and the District of Columbia, all with their own unique approaches to issues, some even down to localities. The issue of housing in California still remains at the forefront of California’s policies. More pressure is placed on Gavin Newsom to solve issues of affordability and similar problems after a failed recall attempt by residents.

Another culprit magnifying the problem? Vacation rentals, such as Airbnb. The short-term rentals are causing long-term problems for residents who actually live in the cities that the rentals sit in. As short-term rentals have grown in popularity, investors have jumped on the trend, hoping for an excellent return. Oftentimes, this means outsiders, sometimes investors who have never visited the state, let alone the area that the rental sits in.

Many argue that they’re taking opportunities for locals who need long-term housing and occupying precious space in city’s that may already be short on housing due to geographics. Another issue is that hotels, motels, and other traditional vacation residencies are required to charge fees and taxes in accordance with state law. The same cannot be said universally about short-term vacation companies. So while a small benefit comes from a hotel in town whenever a visitor purchases a nightly stay, Airbnb, VRBO, or similar, may not provide the same kickback. Pushes for phasing out short-term vacation rentals, especially in areas where entire neighborhoods have been snatched up, are rising. Where that can’t be done, tax levies seem to be the next best solution, or perhaps most effective is a combination of the two. Taxes and fees already in place for short-term rentals seem to depend on the state and length of stay. For example, if a homeowner is renting their space out for less than fourteen days, there is no requirement to pay taxes.

The problem is not only massive cities that are often at the forefront of housing crises, but the problem is also on a smaller scale and in places that are not in the limelight. Minnesota is struggling with housing and will be voting on a rent-control measure aimed at minimizing the act of pricing established residents out. In Albuquerque, officials are considering bonds that give them the resources to improve established low and moderate-income housing as well as sponsor new construction.

In Lincoln City, Oregon, the effects of short-term rentals are felt immensely, as there is not enough housing for residents. In fact, last year, locals were asked to house hospital staff or the hospital because there was simply not enough to go around. Residents here and in Lake County in Colorado are supporters of raising taxes on tourists to hopefully settle down the vacation market where it is rampant. The group 15neighborhoods, a grassroots operation to recover housing options in Lincoln City, says that anywhere from 5-45% of homes in some areas are now dedicated to short-term housing in the area.

In Los Angeles, ADUs, or accessory dwelling units, are considered a champion solution for providing affordable housing and creating more houses in general. With Los Angeles median home prices at a shocking $900,000, these additions build on already established lots, minimizing sprawling and streamlining the construction process. In fact, the city has signed off on 20 pre-approved designs as set forth by fourteen different firms, all in line with the city’s ADU Standard Plan Program.

The Solution – Is There One?

Many also complain of governments at the local level who believe the solution for all housing issues is to subsidize more units. However, this only grazes the affordability issue and does not address that there is simply not enough housing for people who want to purchase in or move to an area. Subsidizing does not address the fact that there is simply not enough room in most cities for people.

Forcing people to relocate does not improve the problem – it multiplies it. What was once a contained problem in a city’s center is now spreading to the outskirts of town, the suburbs, and other neighboring communities. Those that live in the city that can’t afford rent downtown but can in the city 15 minutes to the south have potentially just priced out another family, and so on.

Unfortunately, there is no one-size-fits-all approach to the housing crisis. If there was, the country would not be in distress as it is now. Instead, housing needs to be examined at a micro-level, unique to each region’s specific needs. Inland metropolitans suffering from homelessness and coastal towns with entire short-term villages both suffer from housing crises but in their unique ways. It’s important to propose a policy that helps each individual issue, not a blanket solution that masks the problem, prolonging the demand for change.