Robert A.M. Stern to Build Affordable Homes in the Bronx 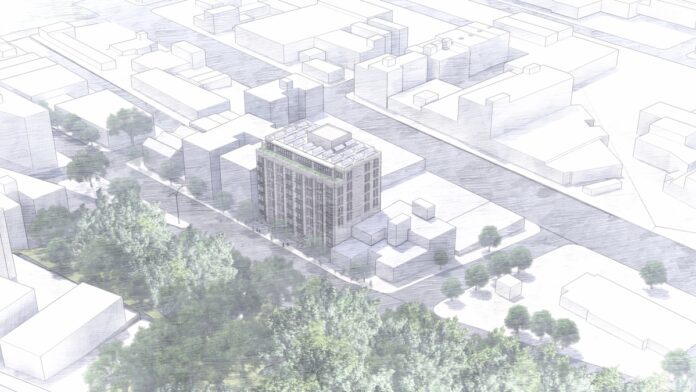 Architect Robert A.M. Stern’s next big project seeks to make a dent in the affordable housing crisis afflicting New York City. Set in the Bronx, this future build will create new affordable homes in the city for lower-income residents. The plans were announced by the Department of Housing Preservation and Development last week and the project offers a promising step toward repairing a deep-seated city-wide issue.

40 units and eight stories, 1640-1642 Anthony Avenue is set to bring safe, affordable options to households making less than $93,000 a year. 20 one-bedroom, 16 two-bedroom, and 4 three-bedroom units will be built, all with their own respective balconies, as well as washer and dryer units.

Building amenities will include a yard behind the building, a recreation room, a gym, and more. Residents may also be eligible for a homeownership education on first-time home buying and first-time homebuyer’s assistance in some cases.

The building is scheduled to be constructed on an empty city-owned lot near Claremont Park on Anthony Avenue. These specifications fit in with the city’s affordable rezoning law, the Jerome Avenue Rezoning initiative.

Early renderings of the building indicate that the building may have a grey and tan color tone on the exterior, balconies with dark metal handrails, and outdoor gathering space on the seventh floor.

Speaking on the new Bronx building in motion, the architect released a press statement saying they designed the building so that it would honor the Bronx’s unique architectural roots.

Louise Carroll, the commissioner of New York City’s Department of Housing Preservation & Development, also commented saying, “Thanks to this plan, 40 families will get the opportunity to buy a home and live the American dream. We know that affordable homeownership is an important vehicle for building family wealth and giving communities a greater stake in their neighborhoods.”

Robert A.M. Stern’s architecture work is not limited to affordable housing or even New York City. The famed architect has critically acclaimed structures scattered across the country. From Walt Disney World to private homes, Stern has certainly made his mark.

In the end, the building is poised to provide a great foundation for families to lay roots and grow their own lives in the city. In some cases, that may mean giving families who never dreamed of homeownership a chance to build better futures for themselves and their families.