NYC Plans a Rezoning of Atlantic Avenue in Brooklyn 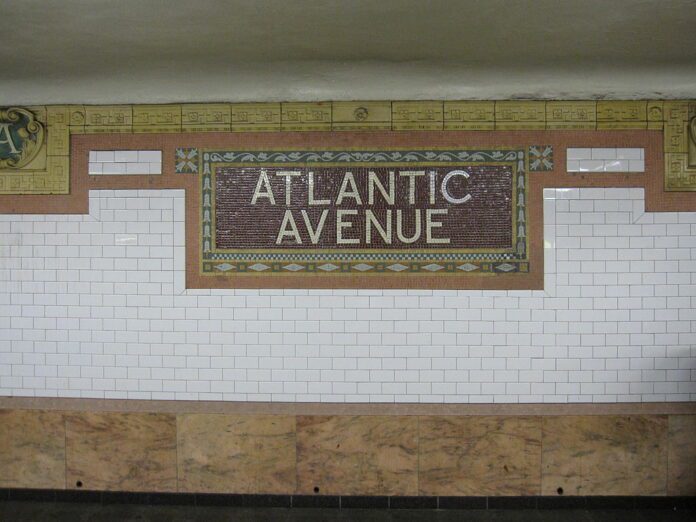 Politico reported that Mayor Eric Adams and his Department of City Planning plans to move forward with plans to rezone Atlantic Avenue in the Crown Heights and Prospect Heights neighborhoods of Brooklyn. The rezoning proposal, known as M-CROWN, would add further density to an area of Atlantic Ave dominated by underutilized, low-density buildings.

The city wants to work with community leaders to rezone the neighborhood in a way that will promote economic development and more density, while also improving the lives of existing residents. Over the last couple decades, many areas of Brooklyn experienced a huge uptick in cost of living, as demand for housing in the borough skyrocketed.

Council Member Crystal Hudson gave director of city planning Dan Garodnick a tour of her neighborhood, as they discussed the planned rezoning of Atlantic Ave. Her main priority is balancing the need for higher density development with the needs of her constituents.

“It’s always really helpful when people can see in the flesh both the potential that’s on Atlantic Avenue and also the needs that we have,” Hudson said Friday. “There’s a lot of potential here, and this is a community that has been asking to be upzoned and rezoned for a very long time. We have some light industrial uses currently. And we want to make this area an area that people can both live in and also work in,” Hudson said.

While residential development is encouraged, the community also wants space for local business to grow and flourish. The proposed rezoning would keep manufacturing uses, and would add subsidized affordable housing and manufacturing space, along with market-rate apartments.

The Latest Rezoning in Brooklyn

The proposed rezoning of this stretch of Atlantic Ave. is just the latest rezoning effort in Brooklyn. Earlier this year, a developer proposed rezoning a four-block area surrounding Broadway Junction, also on Atlantic Ave. The neighborhood is dominated by lower-density development, but the rezoning would allow for mixed-use towers of up to 455 feet right by the subway station.

According to the developer, the project would deliver 664 housing units, two commercial towers and a new park. The developer, in an effort to persuade the community that the development won’t spur gentrification, said that they would explore financing to keep every housing unit affordable for low and middle-income renters.

A controversial 2016 rezoning of East New York, on the eastern edge of Brooklyn, fueled development in the primarily low-income neighborhood. Many activists and community members argued that the rezoning brough gentrification, as there weren’t enough affordable homes delivered to meet the demand. A main concern among activists is the increase in house flipping — purchasing and selling homes for a profit — since the rezoning passed.

In 2005, the city authorized a rezoning of Greenpoint and Williamsburg, formerly industrial areas of Brooklyn. Development poured into the neighborhood, transforming it into an area with cool bars, trendy restaurants, boutique shops, and sky-high rents.

Community members in Prospect Heights and Crown Heights want more development, according to Council Member Crystal Hudson. Her priority is meeting the need for further development, while ensuring that the neighborhood doesn’t turn into another Williamsburg, a neighborhood that the majority of her constituents can’t afford to live in. She argues that more development should come with further investments into the community, by way of affordable housing, infrastructure upgrades, and more.

Previous articleThe Homeowner’s Guide to Transfer Taxes, Mansion Taxes, and Flip Taxes in NYC
Next articleBezos-Backed Real Estate Opportunity Has Arrived
YOU MIGHT ALSO LIKE
Beyond The Building