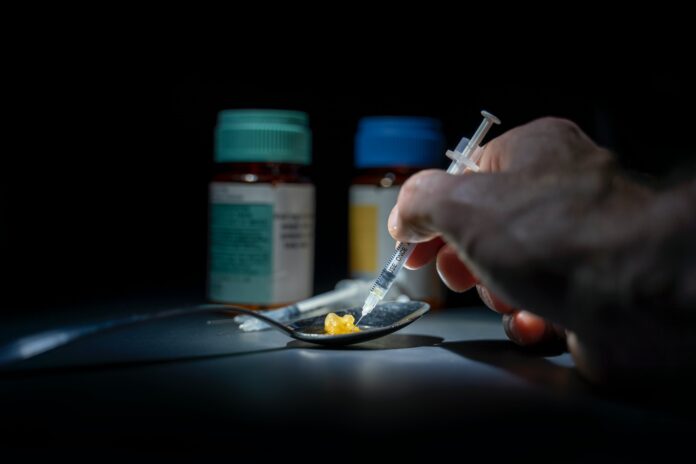 In an effort to curb unsafe drug use in America, many cities have developed specialized programs to help facilitate safe drug use.

On a federal, state, and local level, officials have worked tirelessly to eradicate drug use, but the fact remains that an overwhelming majority of Americans still use. In 2017, 38% of adults admitted to battling an illicit drug disorder, according to the American Addiction Centers. The organization also estimated that substance abuse cost the country more than $740 billion in miscellaneous costs, including healthcare and crime. What was once a talk of how to reduce drug use has seemingly been replaced with how to practice safe drug use.

Cities across the country have covered variations of this issue, creating solutions that they believe will help. In San Francisco, there is a program for safer drug use supplies. While the program primarily focuses on needle swaps, they also distribute cookers, alcohol wipes, saline, tourniquets, and pipe covers, according to the San Francisco Aids Foundation.

In Oregon, a historic decision was made earlier this year to decriminalize all drug use, a significant step in reversing President Nixon’s War on Drugs and the mentality behind it. Though it’s not a free for all, the law allows citizens to carry small amounts of drugs that are definitively illegal in the rest of the country – including LSD, heroin, cocaine, and similar drugs – all for the small fee of $100 if caught, or a waved fee if the individual agrees to chat with a recovery hotline.

Most recently, New York City officials have stamped their approval on city-approved safe drug sites. This program marks a historic push forward in providing safer and decriminalized ways of administering drugs and marks the first in the country to do so. One of the major propellers for safer drug sites is overdose prevention. Because drug use has been looked down on by society and criminalized in most places, the administration of the drugs is typically done alone. If an emergency were to happen, seeking help may feel more daunting than saving a stranger or acquaintance’s life.

The safe site aims at providing a safety net in the case that an accidental overdose does occur. Though the city is allowing it, the sites are privately run, and according to AP News, these types of sites can also be referred to as Supervised Injection Sites or Safer Consumption Spaces. Though new to the United States, locations around the world have adopted similar policies such as Canada, Australia, and Europe, some of which have proved very successful. In a study conducted primarily in Vancouver and Sydney, it was found that the safe sites were helpful in “promoting safer injection conditions, enhancing access to primary health care, and reducing the overdose frequency. SISs [supervised injection services] were not found to increase drug injecting, drug trafficking or crime in the surrounding environments. SISs were found to be associated with reduced levels of public drug injections and dropped syringes.”

While most may have heard of similar sites operating in New York City, this is the first official, approved site to open and operate. Nearing final approvals in Philadelphia, another safe site was blocked by the government, and New York City has become the newest to attempt.

Those who are against the idea of a safe drug site argue that this further turns a blind eye to the root of the problem itself. Rather than focusing energy and resources on criminalizing drug use and helping to prevent it, organizations are shifting focus to adapting to the problem. Others also find that the issue of safe sites is a direct hit to morals, both personally and as a country. The New York Post has published a slew of news stories heavily against the idea, with headlines such as, “De Blasio opening first legal shooting galleries for drug users in the US,” also stating that the idea will drive away businesses and residents.

“I believe creating supervised injection sites undermines prevention and treatment efforts and only serves to normalize the use of these deadly drugs. There are better ways to accomplish our shared goal of saving lives,” says Staten Island DA Michael McMahon. Current president Joe Biden and his administration have also failed to endorse safe sites as an effecting method for preventing overdoses earlier this month. However, he has been open to them in the past.

Those in favor of the safe drug administration sites recognize that drug use will continue to exist as it has for hundreds of years. The mentality for most proponents is that while drugs are being inevitably taken, there should be a safe way for citizens to do so. Because the country has also faced a harrowing battle with addiction and overdoses in recent years, sites like these appear to be a middle ground while roots of the issue, such as mental health accessibility, continue to be worked on.

Overall, the program is seen as a harm-reduction attempt, as advocated for by citizens and city officials alike. In 2020, in the throes of the pandemic, more than 2,000 NYC residents died from overdoses. The NYC Health Department believes that a safe site program could’ve saved roughly 130 of those lives during 2020. At the site, drug administration is permitted, as well as addiction treatment and health services. New York City is hoping to set a precedent that encourages other locations across America to offer similar overseen facilities.