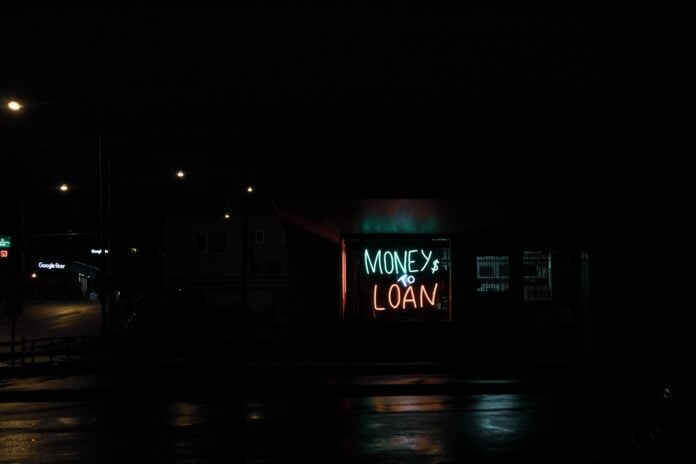 No one said budgeting would be easy, but people could have mentioned how difficult budgeting actually was. When you have to pay rent, bills, buy food, pay for transportation, clothes, doctor’s appointments, among many other expenses, It’s no wonder people seek to make some fast cash. Proper saving and spending is important, but buyers must beware. There are certain organizations out there that prey on the financially desperate. These organizations will make big promises, but they hardly ever deliver. Here are some common financial practices to avoid, even if you’re desperate.

Maybe the tamest one on this list, Buy Now, Pay Later seems like a pretty sweet deal. You can buy a product for a fraction of its cost upfront. You can then pay off the rest of the item over the course of three weeks. Normally, this is a great way to keep some extra money in your pocket for an emergency. The people who try it seem to like it, with 81% of people who’ve used BNPL saying they’ll use it again. So if folks are happy with it, what’s the big deal?

The big deal is when you miss a payment, which happens quite frequently. It’s expected that around 7 out of 10 people using BNPL will miss a payment. Missing payments on these loans means either a fee, interest charge, or both. Those who have missed payments can expect their credit score to drop, sometimes significantly. Additionally, this lending tree survey found that people are more likely to overspend with BNPL due to the temptation to buy more expensive products than they normally would. Overall, BNPL is a good practice in theory, but you should only use it if you can keep up with the payments and follow your budget closely.

A Title Loan is when you collect a small amount of cash while you put your car up for collateral. While this might seem like a great way to make some fast cash, the risks are extremely high. The interest rates on these loans are very high, usually around 25%. That means you need to pay back a much larger amount of money to the person who gave you the loan.

That said, you can usually extend the loan for the same price as the interest rate introduced. However, this can send you into a debt spiral, gradually increasing how much you owe while also increasing the amount you have to pay to extend the loan. Eventually, you can’t get the loan extended and that’s when you lose your car. This cycle is so vicious that 30 states have banned Title Loans altogether. If you value your Credit Score, your wallet, and your car, stay away from these loans at all costs. Also, beware of “Auto Pawn Loans” which are just Title Loans with a loophole so scammers can keep scamming.

PayDay Loans are a scourge to society. They go by many names, such as 1-Click Loans or Personal Loans, but they are all the same. In terms of predatory lending, PayDay Loans have a long history dating back to the 1800s, where this practice has long been associated with organized crime. While today’s PayDay lenders might not be the gangsters of the Great Depression, they are still preying on the poor and desperate.

PayDay Loans can be given at any time and for any reason. All you need is a pay stub, an ID, and a blank check. Typical loans range anywhere from $100 to $500 dollars. However, some loan companies can dish out as much as $100,000 if you have a big event or home repair. While the small amounts might be convenient and the large amount might seem generous, that’s how they reel you in. An interest rate of 25%-30% is considered good for companies like this. Most interest rates are closer to 400% and some are even higher. This means that a debt cycle is almost inevitable to low-income earners who took out a loan because they were already struggling. And the way the money is collected can get even worse.

A common practice of the PayDay loan industry is to ask for access to your bank account so they can withdraw the money on their own. This is meant to seem like a nice gesture. A way to collect the debt without bothering you. However, PayDay lenders will often overdraw your account, which usually adds multiple bank fees on top of your already large amount. PayDay Loan companies are so notorious for their archaic and harmful collecting practices that 12 states and the District of Columbia have banned them outright.

Victims of PayDay loans often lose everything. It starts with a credit score, but it can end with their home if they aren’t careful. Many choose bankruptcy over the late-night calls from debt collectors. Don’t fall for these scams. They don’t care about you, just your money.

Being on a tight budget can be scary, but it doesn’t have to send you into a spiral of debt that can only be escaped by a miracle or bankruptcy. These types of fast cash programs are more like get-rich-quick schemes. They can be quite tempting, and might even help you out once or twice. But don’t get sucked into them.

If you are struggling financially, there are resources that can help. They might still involve taking out a loan, but it will be a loan from an actual institution with a fair interest rate that will be willing to work with you to consolidate and pay off your debt. It won’t be easy, and it might take a while, but it’s better than drowning in debt or losing a car. Just be careful with your money and budget wisely. And remember, if someone offers you a deal that seems too good to be true, it’s probably a scam.

Previous articleA Guide to Having a Guarantor in NYC
Next articleA Billionaire’s Affairs: Jeff Bezos
YOU MIGHT ALSO LIKE
Community