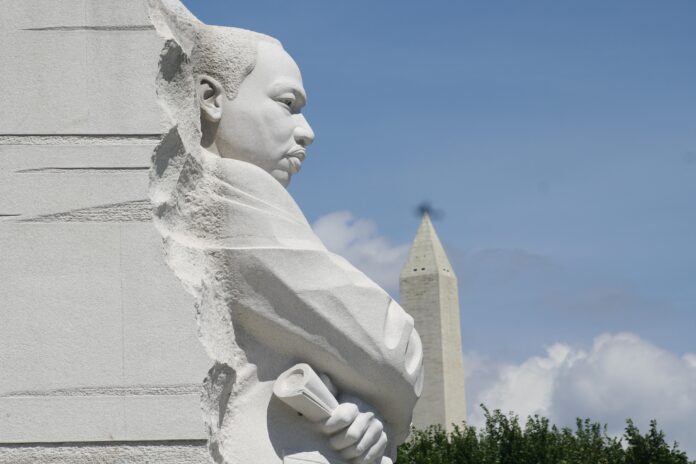 While the third Monday in January may be considered a holiday for some, as government offices and the Federal Reserve are closed, this year’s gatherings for Dr. Martin Luther King Jr. will be assembled for another purpose.

“No celebration without legislation”

is the sentiment being shared by the King family. This week, the King family requested a pause in celebrations and parades honoring the ​​late civil rights hero’s birthday and instead dedicating efforts towards voting rights.

The family has made it clear that until the Freedom to Vote Act and the John Lewis Voting Rights Advancement Act are passed, there is little to celebrate and efforts should be focused on the betterment of voting rights. The King family has shared that they wish “to restore and expand voting rights to honor Dr. King’s legacy,” and Martin Luther King III, the son of the late Dr. King, stated in an interview that “our daughter has less rights around voting than she had when she was born”.

Rallies and marches for MLK day have centered around Arizona, the home of Sen. Kyrsten Sinema who supports the voting rights bill but not at the expense of the filibuster, something she claims maintains the checks and balances in the Senate.

Arizona is part of the 19 states that have passed voting legislation deemed unfriendly to voters, with theirs specifically containing items such as the prohibition of water being handed out to voters waiting in line to vote. They are also one of the states along with North Dakota that formally bar noncitizens from voting, an act that directly combats legislation like the one passed in NYC last December.

At the beginning of December, New York City became the largest city to allow non-citizens to vote in local elections. This now allows the 80,000 non-citizens who reside in New York City who pay taxes, participate in public services such as transportation, and send their children to public schools, the ability to have a say in who represents them as mayor or for their city council district. On the other side, the opponents of the bill had stated that non-citizens would be discouraged to seek citizenship and voters’ rights would be hurt as someone who has only resided in the city for 30 days would now have a say over how things are run.

But this legislation is not new, towns in Maryland and Vermont have passed laws granting non-citizens the right to vote and areas of California, Illinois, Maine, and Massachusetts are the next to bring it to a vote.

While the current voting rights bill that has passed the House and is headed to the Senate does not contain motions to grant voting rights to all, there are some key components that may make voting more accessible for Americans. Some of the integral parts in the bill are as follows:

While seems that this voting rights bill has come to the end in the Senate, Martin Luther King III feels his parents would not agree with the current state of voting rights stating, “I’m sure they’re turning over and over in their graves about this.”

Previous articleWhat’s the Difference Between Green Cabs, Yellow Cabs & Other Taxis in NYC?
Next articleTop 7 Favorite Skincare Products to Survive the Winter
YOU MIGHT ALSO LIKE
Beyond The Building