HomeExperienceHow To Get Lost In Prospect Park
ExperienceThings to Do

How To Get Lost In Prospect Park 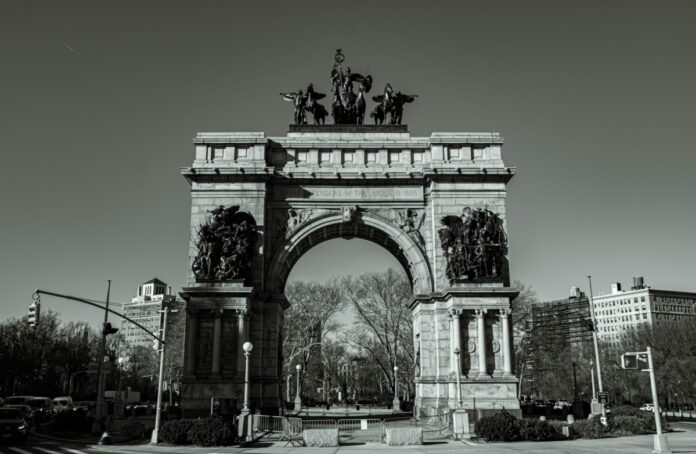 New York City is home to big, beautiful parks with many attractions and much to do. Whether the park is large, like Central Park, or small, like Washington Square, these green spaces are places for city dwellers and tourists to gather for events, protests, relaxation, and celebration. Recently, a friend of mine had a birthday party in Brooklyn’s largest patch of green, Prospect Park. He gave a general location of where this party was to take place, and it was up to me to find it. So, as a person who’d only been to Prospect Park once in my life, I bravely set out for my friend’s party…and immediately got lost. However, this was not a bad thing. Getting lost in a park as beautiful as this one only makes for a wonderful adventure.

Prospect Park was opened in 1867. Designed by Fredrick Olmsted and Calvert Vaux, who had designed Central Park ten years earlier, the park was meant as “a favorite resort for all classes of the community” as stated by the head of The Brooklyn Parks commission at the time. Though the park was still unfinished at the time of its opening, it was immediately popular. An 1868 survey from The Brooklyn Parks Commission estimated that over 100,000 people visited the park in July alone.

I stepped off the subway at the Grand Army Plaza station in Brooklyn, ready for a fun filled day at the park with my friends. The birthday boy had texted me saying that they might be hard to locate, and I should call him if I got lost. Looking at the park map on my phone, I thought to myself, “Sure this park is big, but it probably won’t be that hard to find my group.” I was a fool. Even as I stood at the Soldiers and Sailors Memorial Arch outside the park entrance, I scoffed at how easy a task it would be to find my people. But first, I took a moment to appreciate this beautiful archway.

Originally, Prospect Park was meant to serve primarily as a “pastoral retreat” or a nature haven. However, during the industrial revolution, city planners were getting creative with architecture, and wanted some to pop up in parks. Prospect Park received some of these make overs in the late 1800’s, adding Greek and Roman inspired entrances to many of the park’s entrances. The most famous of these entrances is the Soldiers and Sailors Memorial Arch, a large structure meant to honor Union soldiers who had fallen in battle during the Civil War. It was erected in 1892 and it’s still one of the most popular sights in the park today.

The first hurdle of navigating Prospect Park, and any NYC park for that matter, is figuring out the difference between walking and bike lanes. Even when you do figure it out, there’s a lot of crossover, because pedestrians are oblivious and people with bikes think they can do whatever they want. Things get a bit easier when you get on the nature paths, though those introduce slopes into the equation. This is where things got confusing. There were many paths to take in the park and I was very bad at navigating them. Luckily for me, I found a map in the park, which was much more detailed than the map on my phone. It listed all the landmarks and location in the park, and I began to realize I might not be the expert park navigator I thought I was.

In the 1930’s a new commissioner for the NYC Parks Department, Robert Moses, started to make a name for himself. Seeing the parks pastoral routes and grand architecture, Moses thought to himself, “This place needs a zoo.” And so, it was. The Prospect Park Zoo was built in 1935, but that was just the beginning of Moses’ contributions to Prospect Park. He constructed playgrounds all throughout the parameter of the park, he commissioned the bandshell and renovated the drives in the 1950’s (could’ve made the bike lanes clearer in my opinion), and he built the Kate Wollman Memorial Skating Rink in 1961. He’s credited for how much of the park looks today.

As I wandered around the enormous park, I passed by many of the monuments I found on the map. I walked by The Picnic House, a popular wedding venue, and The Quaker Cemetery, an active cemetery for the Quaker community that’s older than the park itself. It was around this time I finally began to grasp how expansive this park was. I had been wandering around for over an hour and still had no idea where my friend’s party was. That said, I was not stressed in the least. A walk around a beautiful park was just what I needed to ease some tension. As I continued to walk and take in the enormity of the area, I began to think that the park’s upkeep must be an incredible undertaking.

In the 1970’s NYC was facing a rather large financial crisis. Unlike in the depression, when the city and the park received financial aid, no help was being offered this time around. As the park and many of its venues fell into ruin, people stopped coming. In 1979 the park only had 2 million visitors, which was a record low. If Prospect Park was to survive, it needed a serious clean up. In 1980, the city established a Prospect Park Administrator, Tupper Thomas. Thomas, along with many private citizens seeking to restore the park’s former glory, created a non-profit organization called The Prospect Park Alliance. Their first project was restoring the 1912 Prospect Park carousel and, from there, progress was exponential. In the 90’s, a multi-million-dollar woodland restoration project marked a return to greatness, and the park has been thriving ever since.

After two hours of aimless walking, taking in the sights and sounds of Prospect, I finally found my friend’s party. Turns out, they were on Nellie’s Lawn near the Battle Pass Historic Marker, a peaceful area where folks could relax, listen to music, and throw a frisbee around. Sure, Prospect Park was full of historical monuments and family friendly activities, but it’s also just a regular park. It’s a place where people can come together and escape city life for a little bit. A place where people can enjoy the sunshine and breath in clean air. I’m glad I eventually found my friends, but I’m also glad I got lost in this magical place. I can’t wait to get lost in Prospect Park again.