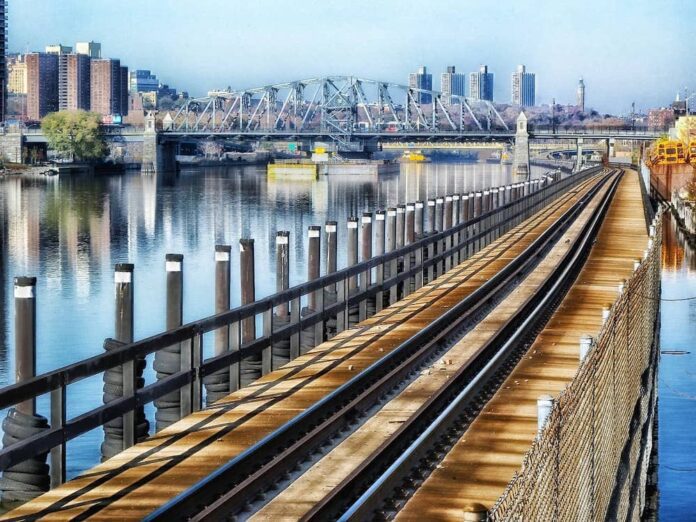 New York City can be quite confusing if you’re from anywhere else, especially with all the boroughs, neighborhoods, and many different area references. Sometimes there’s even more than one name people use for the same area, like the neighborhood Hell’s Kitchen being also called Clinton, even if only by a select few. But just five boroughs make up NYC, and these names don’t change. From Manhattan, the Bronx, Brooklyn, Queens, and Staten Island, the way some of these names came about is often quite an interesting story…

How “The Bronx” Got Its Name

Probably the question asked most is why is it referred to as “The Bronx” instead of just “Bronx”? This then leads to the question of how the Bronx got its name in the first place. The answer to both is simple enough!

In 1639, a Swedish-born man named Jonas Bronck came to a Dutch settlement in New Amsterdam. There, he found Native Americans who sold him 680 acres of land.

The land was east of the Harlem River, below the line of present-day 150th Street. The area was known to the Natives as “Ranaqua”, or “the End Place,” as it was at the south end of an old trailway. The river that lay to the east of this land was known to the Natives as “Aquahung” – or the “River of High Places.” Once the land was sold to Bronck, it was referred to as “Bronck’s Land,” and the river was then called “Bronck’s River.” Bronck wanted the land for growing tobacco and brought others to work with him who also built farms on the land.

In April 1642, a peace treaty was negotiated and signed at Bronck’s homestead between Dutch authorities and the Weckquaesgeek sachems Ranaqua and Tackamuck

But in 1643, just 4 years after the land purchase, Bronck inexplicably died. It’s quite strange that there are no details on his death, as it must have been fairly sudden. Bronck would have only been 43 years old at the time of his death, and no records indicate he was ill.

His wife, Teuntie Joriaens, recorded a detailed inventory of the farm and his possessions in May of 1643, just after Bronck’s death. By June of 1643, Joriaens had remarried to a man named Arent van Curler, and moved away. Interestingly, Bronck had one of the most extensive libraries ever recorded at that time. The volumes within it indicate he was a highly educated man, revealing he was fluent in at least 4 languages.

After Bronck’s passing, eventually, the only aspect of the area that was named after him was the river, which over time had the “ck” of his name replaced for the easier to spell“x”. The borough went over 200 years with no official name until New York City received the land from Westchester County. Since the land was in the middle of the river, it received the name “The Bronx” instead of just “Bronx.”

How “Manhattan” Got Its Name

The story of how Manhattan got its name is fairly simple. It comes from the Native American Munsee Lenape language, where the term manaháhtaan roughly means “the place where we gather wood for bows,” as the area had a grove of hickory trees that were ideal for making bows. It was first recorded in writing as “Manna-hata”, in the 1609 logbook of Robert Juet, an officer on Henry Hudson’s yacht Halve Maen (Half Moon). It appears on a map in 1610 as Manna-hata. Originally, Manhattan was inhabited by the Munsee Lenape and Wappinger tribes.

How “Brooklyn” Got Its Name

Brooklyn’s etymology is also really simple as it is named after an ancient Dutch village in Holland called Breukelen. It is made up of two words: broeck, meaning marshland, and lede, meaning small stream in peat areas, specifically. On the American continent, Breukelen was established in 1646 and first seen in print in 1663. Interestingly, Brooklyn was its own official, independent, incorporated city – before it was an official village and town – until 1898, when it was finally consolidated with the rest of the boroughs to form New York City.

How “Queens” Got Its Name

One of the original 12 counties designated in 1683, Queens County is believed to be named for English Queen Catherine of Braganza, who reigned during this time, from 1638-1705. On one of Queens’ borders is Brooklyn, which lies in Kings County, which we know was named after King Charles II, husband of Queen Catherine. Richmond County (Staten Island), which also borders here, is named after King Charles II’s illegitimate son, the 1st Duke of Richmond. Thus it’s fairly clear that this is why Queens was so named, even though there was no official declaration to this effect.

How “Staten Island” Got Its Name

Last but certainly not least, the fifth and final borough in NYC is Staten Island. This section of NYC is so named for the Staten-Generaal (States General) of the Dutch Republic. In 1898, Staten Island became one of the five boroughs and was know as Richmond before being renamed Staten Island in 1975. Staten Island was originally spelled Staten Eylandt, and was referred to as this by Henry Hudson, an English explorer who disappeared in June of 1611. Henry Hudson was the explorer who had the vessel Halve Maen, referred to in the section above on Manhattan. Additionally, the Hudson River was named after him after he sailed up the river and laid the foundation for Dutch colonization there.

As the story goes, Hudson was on his final major voyage, again looking for the rumored Northwest Passage to Asia. He was the first European to see Hudson Strait and Hudson Bay. In 1611, Hudson was ready to press onward to the west after spending the winter on the shore of James Bay. Unfortunately for him, his crew objected in mutiny, putting him, his son, and seven other crew members who supported him and cast them adrift. They were never seen or heard from again.

These are the stories of how the five NYC boroughs got their names. We hope you’ve enjoyed them!