How Do You Pronounce “Houston Street” in New York City? 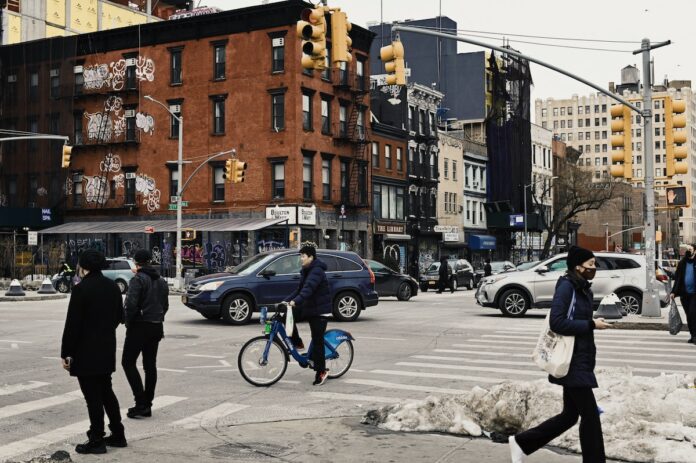 As the Christmas season fades in NYC and the majority of tourists all go back to their homes, stories of the streets of New York City will fill cities and towns in the rest of the world. Yet will these tourists get their stories accurate? Or will they try to rename the city?

Let’s face it—New Yorkers are known for their accent. Charming, eccentric, and authentic, the New York accent is one of the most distinctive in the United States.

However, while phrases like “Fuggedaboutit!” are probably among the first that come to mind when people think about the ways New Yorkers talk, this is really just the tip of the iceberg. There are plenty of streets, localities, and other icons in New York City that are pronounced in “unusual” ways—and many of these pronunciations actually have very little to do with the accent itself.

One of the most notable among these is Houston Street. A wide and important street located in Southern Manhattan, Houston Street is one of many locations in New York that makes it easy to tell who is from around here and who is just visiting.

So, keeping that in mind, what is the “official” way to pronounce Houston Street?

Separating the Locals from the Visitors: The Way They Pronounce Houston Street

Most Americans are familiar with Houston, the largest city in Texas and the fourth largest in the country, so whenever they see something spelled that way, they assume it must be pronounced the same.

However, when it comes to the historic thoroughfare in New York City, the street is pronounced “HAU·stuhn”, rather than “HUE-stun.” So, if you want to blend in with the New Yorkers around you, be sure that you are pronouncing this street the right way.

But why are these two words—which are spelled the same—pronounced so differently from one another?

Frankly, it’s because they are after two different people.

The City of Houston, Texas, is named after Sam Houston, a man who lived from 1793 to 1863. Sam Houston is well-known in the Lone Star State as the leading general during the Texas Revolution (a war fought between colonists and Tejanos against Mexico). Houston was also the first and third president of the Republic of Texas, an independent nation that existed before Texas became a state in 1846. Later on, Sam Houston would serve as governor of the State of Texas, and he also served as the Governor of Tennessee.

Houston Street in New York, on the other hand, was named after another man from a slightly earlier era, William Houstoun—with an “extra” u in his name. Houstoun was born in 1746 in Savannah, Georgia, which was at the time still a part of the British Empire. Houstoun’s family had long played an important role within the Empire, but William, who was not particularly loyal to the British, decided to join the cause of the American Revolution and was one of the first high-ranking Georgians who recommended resisting the Crown.

Houstoun gained experience as a lawyer, statesman, landowner, and planter (and, controversially, as a slave owner). He was chosen as a representative of Georgia in the Continental Congress, where he served from 1783 to 1786. His biographer, Edith Duncan Johnston, described Houstoun as “loyal to his native state and section, he was quick to avenge any insinuation that reflected against either.” He was also known for helping to settle a border dispute between South Carolina and Georgia.

While Houstoun was serving in the Continental Congress, which was held in Philadelphia, he met Mary Bayard, who eventually became his wife. Nicholas Bayard, Mary’s father, was a wealthy landowner based in New York—his tract of land contained a portion of where today’s current Houstoun Street is located. Bayard—who had already named nearby Bayard Street after himself—decided to name the street after his daughter and son-in-law.

Keeping the history of Houston Street in mind, you might be wondering, why is it not spelled “Houstoun Street”?

Well, originally, it was. The two earliest known mentions of Houstoun Street include a summary of a New York city council meeting from 1808 as well as an official city map, used to create the city’s current grid system, that was published in 1811.

Some people have suggested that the current misspelling of the street might be a corruption of the Dutch (a common language in New York at the time) words huis, meaning house, and tuin, meaning garden—however, there is very little evidence suggesting this is true. The most historically likely explanation appears to be that a city clerk simply misspelled the name later on… possibly thinking of the recently newsworthy Sam Houston of Texas at the time.

Due to its status as a relatively wide street and its location in one of the most historic and important parts of the city, Houston Street has played a critical role in the history of New York City. Not only does the street mark the southern boundary of Greenwich Village but it has also been home to the laboratory of Nikola Tesla, dense residential quarters, and countless shops and restaurants over time. The name is also reflected in the City’s iconic neighborhoods SoHo and NoHo, which, in classic New York fashion, are abbreviations for South of Houston and North of Houston.

So, now you know “Hou” this important street got its name.