The Harlem River Houses Scheduled For a Massive Renovation 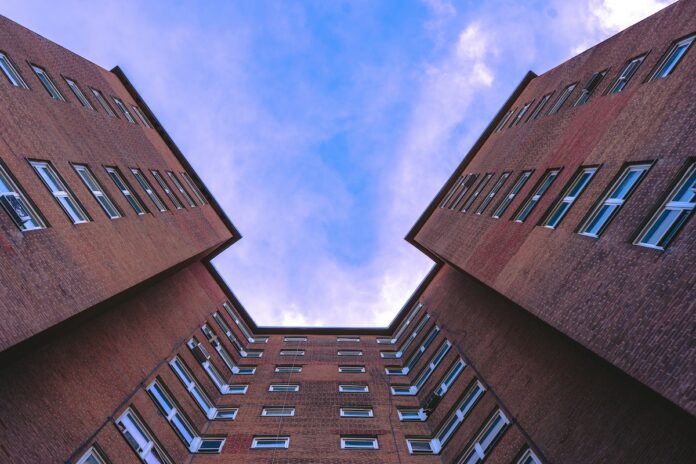 Just in time for the Harlem River Houses’ 84th birthday this month, the Landmarks Preservation Commission approved a renovation to the tune of $130 million for the building originally opened in October of 1937. Recently, the LPC transferred the 574 apartment-house structure management to private developers Settlement Housing Fund and West Harlem Group Assistance. The unanimously approved funding for refurbishing was long overdue, especially since the original project was one of the first two examples of NYC public housing that the Federal government  funded – i.e., with money from Franklin D. Roosevelt’s “New Deal”. The Harlem River Houses were planned as a segregated development, along with its white counterpart – the Williamsburg Houses in Brooklyn. The general idea was to provide affordable, quality housing for working-class, low-income families – just separately.

The land that the Harlem River Houses sit on was previously owned by the Rockefeller family. But they demanded too much money for the property and wouldn’t budge on the price. There was extreme pressure from the community to provide good quality, affordable housing for the African American population in particular. In the end, the government employed eminent domain to force the sale of the land for only one million dollars.

The 9-acre development lies between 151st Street and 153rd Street, and Macombs Place and Harlem River Drive, in the Harlem neighborhood of Manhattan. The Public Works Administration’s Housing Department originally built the structure at the cost of $4.5 million.

The opening of the two housing projects, Harlem River Houses for African Americans and Williamsburg Houses for whites, got nationwide attention. Harlem River Houses had over 11,000 original applicants for its 574 apartment houses, which featured child care and health care onsite and a community room and several playgrounds for families. The rent at that time was just $21 a month. It now sits at around 30% of a family’s income.

The massive renovation of the Harlem River Houses is scheduled to begin as early as this winter and will include new trees and planters throughout the entire six buildings, the restoration of three playgrounds, and the addition of chain link fences around the playgrounds. It will restore ceremonial steps and the large central courtyard, as well as the amphitheater. There are also plans to add a fountain to a west portion of the complex. Work to the outside facade will be completed as multiple terraces are scheduled to be restored, and brickwork will be cleaned and repaired where necessary. Light fixtures and security cameras will be replaced, the pavement and roads around the complex will be repaired, and retail storefronts within the building will also receive a modern ‘makeover’.

The original project’s goal was to “provide quality housing to working-class African Americans.” The purpose of the new project is to “improve quality of life for existing residents and the community’s next generation.”

The Williamsburg Houses is the residential project that was segregated for “whites only” at the same time as the Harlem River Houses were built. The project was built and operated by the New York City Housing Authority and is located in the Williamsburg neighborhood of Brooklyn. It consists of 20 buildings and is approximately 25 acres. The housing complex opened in April of 1938 and cost $12.5 million, one of the most expensive projects up to that time. The original project included incorporating modern art commissioned by the Federal Arts Project. It came in the form of five abstract murals by artists Ilya Botowski, Balcomb Greene, Paul Kelpe, and Albert Swinden, which were implemented in basement meeting rooms. By the 1980s, three of the art works  had been covered over with paint, but by 1990 all were restored and removed to the Brooklyn Museum. The development was renovated in 1999 at the cost of $70 million.