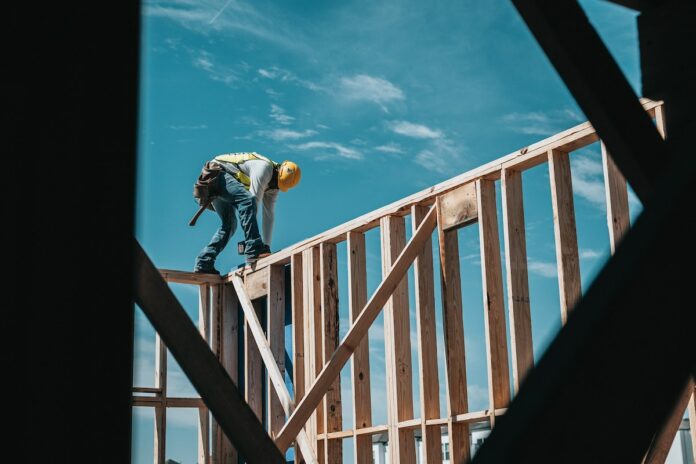 The most recent new residential construction report shows that housing starts increased 6.8% month over month in February, with building permits at a high level. The U.S. housing market might finally take a break from the struggle of low inventory since the pandemic as builders deliver newly constructed homes.

“Housing starts” is an important leading indicator of broader economic strength. The figure measures the number of units, both in single-family homes and in buildings with two and more units, that break ground. It reflects the builder’s confidence in the economy. Builders are less likely to proceed with a project if they don’t think that they’d be able to sell it later on. In other words, increasing housing starts indicates a thriving economy, and declining housing activity means an economy that’d likely enter a recession.

In total, privately‐owned housing starts in February reached 1.769 million units. This is 6.8 percent above the January estimate of 1.657 million units and 22.3 percent higher year-over-year. As the impact of the COVID-19 pandemic eases, construction is expected to continue to pick up in 2022.

Single‐family housing starts, which account for the majority of housing starts, hit 1.215 million units this February. The number is 5.7 percent above the revised January figure and 13.7 percent higher year-over-year.

Breaking the units down by region, single-family construction increased in the Northeast, Midwest, and South but fell in the West. Northeast saw the most significant increase, with the single-family segment gaining 81,000 new units. This figure is 65.3 percent higher than in January and translates to a 17.4 percent increase annually. The South continues to lead the way in housing construction, with a total of 1.017 million units in February. 688,000 of the units are single-family homes.

1.207 million single-family units were authorized this February, down just 0.5 percent from the previous month and 5.4 percent higher than a year ago. The Northeast saw the largest growth with 173,000 units authorized, a 22.7% increase from the January revised figure.

Building completions wise, 1.309 million units (seasonally adjusted) were completed in February. This figure is 5.9 percent above the revised January estimate of 1.236 million units but is 2.8 percent below the February 2021 rate. The single-family completions reached 1.034 million in February, 12.1 percent higher month-over-month and 1.7 percent above the February 2021 figure.

Many Units Authorized but Not Started Yet

The report also indicates that there’s still a large number of housing units that are authorized but not started yet. In total, 273,000 units are still waiting to be built. This figure is 25.8 percent above the February 2021 rate. The backlog is likely due to labor shortage, building material supply constraints, and rising construction costs. In fact, according to the most recent survey done by the National Association of Home Builders (NAHB), builder confidence in the market for newly built single-family homes moved two points lower to 79 in March. This is the third straight month that builder sentiment has declined.

Accompanied by the rising interest rates, it’s unclear how homebuyers and builders will react. Historically, when central bankers raised interest rates, demand for purchase, from housing to cars, shrank. This will likely be the case as the Fed embarks on interest rate hikes. But for now, housing remains competitive due to solid demand and historically low inventory. In key local markets, buyers continue to face bidding wars. Affordability is also worsening across the nation, with Miami now being the least affordable U.S. city. It would take quite some adjustment for the housing market to cool off, likely well into 2022 and the beginning of 2023.