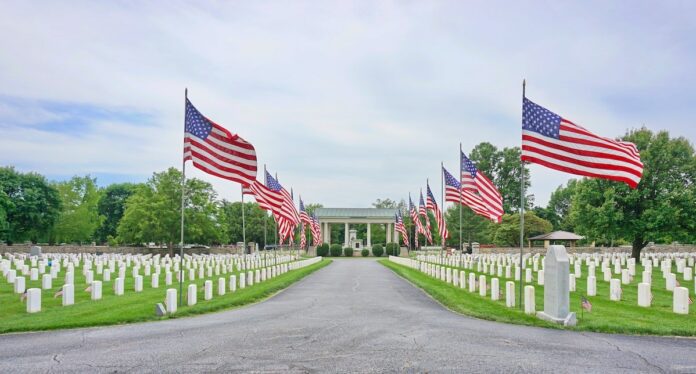 A Man Who Could’ve Been President

Colin Powell was the epitome of a great man – a great American hero.

General Powell was born in Harlem to Jamaican immigrants, then moved to the South Bronx where he grew up and graduated from Morris High School (now closed) in 1954. He attended City College of New York and received a Bachelor of Science degree in 1958, graduated from George Washington University with an MBA in 1971, and received an Honorary Doctorate of Public Service in 1990.

On October 18th, 2021, General Colin Powell succumbed to complications arising from COVID-19. He had been diagnosed and was under treatment for blood cancer, and was already immunocompromised. He was 84 years old, and considered by many to be a great American hero who will be sorely missed.

He found the ROTC at CCNY, and decided a military career suited him well. He received a commission upon graduation as an Army second lieutenant, and spent 35 years as a professional soldier. He determinedly rose through the ranks all the way to achieving his 4-star General status.

In 1986-1987 he became the Deputy National Security Advisor under the Reagan Administration, and under the same Administration from 1987-1989 served as the National Security Advisor. Then under President George H.W. Bush from 1989-1993, he served as the Chairman of the Joint Chiefs of Staff, the highest military position there is in the Department of Defense. Last but not least, from 2001-2005 under George W. Bush, he was the United States Secretary of State. His service medals are too numerous to count, and he was known for his loyalty, honesty and military acumen.

Colin Powell was a man with an impeccable reputation that was very important to him, and he did not want to be remembered for his mistakes. As well as being accused of evasive answers during the Iran-Contra affair (ultimately never charged with any wrongdoing), he gave a portentous speech to the United Nations on why we needed to go to war with Iraq. His reasons were largely based on CIA intelligence that turned out to be false, and had expressed misgivings about giving the speech, but ultimately did. He expressed his fear that the mistakes would be what he was remembered for.

Above The Political Line

General Powell was the first African American in nearly all his White House positions, as well, and took pride in everything he stood for. His race did not define who he was, and he did not allow anyone else to define him, either. For his early life he was an Independent, but eventually chose to be a Republican in 1995, and remained so until just before his death in 2021 when the attack on the capitol caused him to break from the party. He was a statesman as well as a diplomat, but identified most with one basic fact: he was an American soldier, first.

General Colin Powell was admired and respected by proud Americans, regardless of political affiliation. In fact, if so inclined, he could easily have been the President of the United States of America. On more than one occasion.

He was suggested as a nominee for Democratic Vice President in the 1992 election, and was discussed as even potentially replacing Dan Quayle as the Republican nominee for Vice President in that same election. General Powell eventually declared himself to be a Republican in 1995, and began campaigning for the Republican candidates in 1995. It was talked about widely that he would make a great opponent to Bill Clinton in the 1996 election, and polls everywhere favored him. But he stated in the end that he had no real passion for politics.

A hypothetical exit poll was taken on election day in 1996 that asked voters if he had been on the ticket as the Republican nominee who they would have voted for. Powell defeated Clinton 50-38. And despite the fact that he did not run, he still managed to win the Vice Presidential primary in New Hampshire on write-in votes. He was again brought up as a candidate in the 2000 election, but politely declined. And as recently as the 2016 U.S. primary election, General Powell received three electoral votes for President, out of Washington. The man will be remembered as the great American leader and hero that he was.

As a man from the Bronx, Colin Powell loved his New York heritage. Below are some of the  places he lived, including 980 Fox Street in the Bronx, shown below.

Afterwards he moved to 952 Kelly Street where he did most of his growing up. He lived in a 4-bedroom, third floor apartment there in the Southeast Bronx near Hunts Point.

In 1959, his parents bought a house in Queens at 183-68 Elmira Ave. in St. Albans, where Colin and his new wife Alma came and celebrated their wedding.

In 2010, General Powell came to the unveiling himself at the affordable apartments named after him at 715 Fox Street in the Bronx, the General Colin Powell Apartments, to cut the ribbon at the site.

Finally, in 2007, Colin Powell purchased a home on Manhattan’s Upper West Side, which they later sold in 2016.

General Colin Powell was the kind of man who set an example for young men everywhere. Indeed, he conducted his life in a virtuous and distinguished manner. He did not allow racism to infect his own beliefs, nor did it stop him from pursuing – and achieving – the American dream.  He always told people when he spoke, to “never give up on America” andwe should surely take that wisdom to heart. General Colin Powell, a proud New Yorker, believed in and stood for the ideals and foundation of freedoms that make this country great.