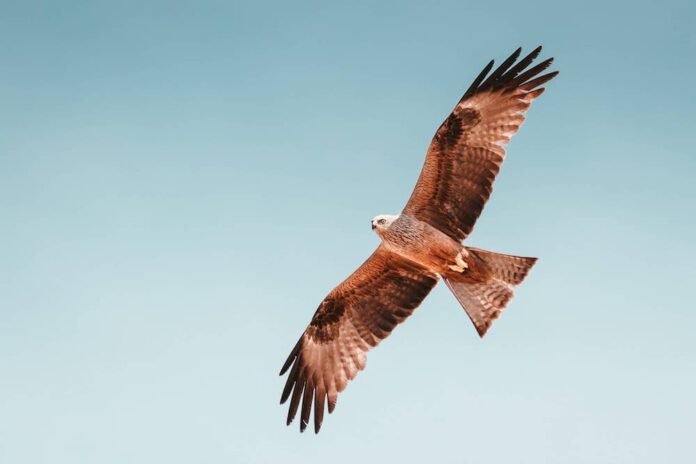 According to the New York City Department of Health and Mental Hygiene, “by law, most farm, wild, and exotic animals cannot be kept as pets in New York City.” The city’s 311 website goes on to lay out a detailed list of species included within these categories.

What Kinds of Animals Are Banned in NYC?

Many of the animals listed make sense: very few people would argue that New Yorkers should have the right to own kangaroos, gorillas, or hippopotamuses, or that the concrete jungle could ever be a happy home for such animals. Even the Bronx Zoo has announced that it will no longer be keeping elephants after its two current resident pachyderms, Patty and Happy (the latter of whom is no stranger to legal proceedings herself), pass on. However, some of the animals prohibited are quite surprising.

Ferrets are one of the most common pets in the country: these animals are the most popular non-canine, non-feline pets in fifteen U.S. states, and they are beloved by their owners for their curiosity, intelligence, and playfulness. They are also illegal to own in New York City. The city has placed bans on dozens of animals over the years for various reasons related to preserving community health and minimizing public disturbances, and residents caught in possession of illegal animals—including ferrets—are subject to hefty fines and may have their animals seized by city officials. Some of these laws have proven controversial in recent years, especially in the eyes of rankled exotic pet enthusiasts.

Along with ferrets, other common mammalian pets banned in the boroughs of New York include sugar gliders, hedgehogs, and pigs.

Sugar gliders are small marsupials native to Australia capable of gliding distances of up to 150 feet using a specialized membrane between their front and back legs. They are quite popular among the nation’s community of exotic pet enthusiasts, but they, along with opossums, are victims of New York City’s blanket ban on marsupials.

Pet hedgehogs have inspired a devoted following, especially among the Instagram crowd. However, they are considered wild animals under the New York City health code, and face similar bans in Georgia, California, Pennsylvania, Washington, D.C., and Hawaii. Hedgehogs can also be a health concern: these prickly creatures are capable of spreading salmonella and were linked to a minor outbreak of the disease in 2019.

Pigs are counted among New York City’s prohibited farm animals alongside goats and sheep (but not horses, to the dismay of animal rights activists). The ban also extends to pet potbellied pigs, made popular by the “teacup pig” trend several decades ago—though these so-called “mini pigs” are not actually all that miniature. The NYC Health Department points to the lack of a standardized porcine rabies vaccine as its reasoning for the ban, though rabies in pigs is incredibly rare in the United States. In spite of the city’s pet law, dozens of pigs are harbored in secret across the five boroughs.

New York City’s ban on farm animals has one prime exception: chickens. Owning hens has been legal since the city’s early days as a swampy pastureland and this right is still protected by city regulations. Roosters, however, are explicitly banned. This is partially to do with the fact that they are more aggressive than their female counterparts, but their infamous cock-a-doodling also has a tendency to keep neighbors awake. (In 2020, the majority of 311 complaints made regarding illegal pets had to do with crowing roosters.) Pet ducks and turkeys are also not allowed within the city, even though ducks can also make productive, low-maintenance egg layers.

Hawks, falcons, owls, and other large predatory birds are banned as well, so any aspiring NYC-based falconers must pursue their calling elsewhere—or, alternatively, head to the Financial District to observe some of New York City’s thriving wild falcon population in their “natural” habitat.

311 receives many complaints about city residents keeping pigeon coops each year but owning pigeons, doves, parrots, and other small birds is entirely legal. However, “rescuing” feral pigeons from the street is another story: those wishing to trap pigeons must acquire a license from the Department of Environmental Conservation before attempting to do so. Unfortunately, pigeons are often illegally captured for use as live targets in shooting contests.

The most stringent of New York City’s pet bans are applied to reptiles. “Non-snapping turtles larger than four inches” are the only reptile species specifically named as a legal pet on the city’s 311 website—the FDA put a ban on small turtles in 1975 out of fear that young children would swallow them and choke to death. However, this has not stopped abandoned pet turtles from becoming an invasive species in New York City’s parks.

Iguanas, surprisingly, are completely prohibited, though other non-venomous lizard varieties appear to be acceptable. Snake ownership is even more tightly controlled. All vipers, cobras, pythons, and anacondas are banned outright—even ball pythons, one of the most popular pets among snake owners. While some of the snakes covered in New York City’s ban require specialized care and should only be kept by those with the experience to handle them safely, the inclusion of harmless, docile species like ball pythons indicates that the city’s legislation has more to do with unfair biases against snakes than any genuine threat posed by these unfortunately misunderstood animals. Arachnids like tarantulas (which are also banned in the city) face a similar stigma.

If the city’s blanket ban on certain pets wasn’t enough, various other regulations on the city-wide, community-wide, and even building-specific levels serve to further define which pets can be kept—and how they must be treated—within the city.

Many luxury apartment buildings have rules banning dogs weighing over fifteen pounds or banning canines altogether. However, Hawthorn Park on West 62nd Street took this principle to a strange extreme by allowing small dogs in their apartments but prohibiting them from riding in the building’s regular elevators or even placing their paws on the lobby floor. Instead, owners must ride down in the service elevator and carry their pooches across the lobby.

Oddly enough, the city also has also made it illegal to give your pet a tattoo or decorative piercing. While the reasoning behind this attempt at preventing animal cruelty is sound, it makes one wonder what kind of incidents prompted the passage of this law in the first place.

If there’s one thing that will make New York City animal lovers rejoice, it’s the fact that New York is one of the few U.S. states that has made it legal for your pet’s cremated remains to be buried with you after you have both passed away. Even if the city’s pet bans have resulted in a cruel separation from your animal companion, you can always be reunited at the cemetery.