HomeBusinessHow to Beat the MTA
Business

How to Beat the MTA 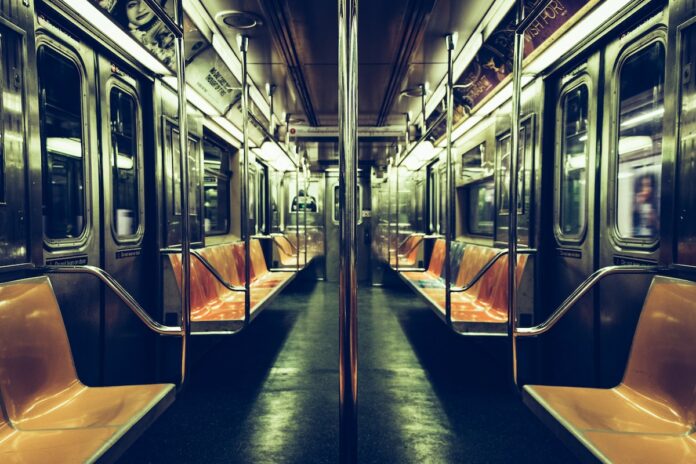 If you’re new to New York, you’re probably just getting used to our fancy 24-hour transit  system. This modern engineering marvel can get you from point A to point B all for the low cost of three dollars. Sure, the trains can be confusing, but you’re happy to live in a city that’s so  accessible and cares about your commute.

If you’ve lived in New York for over a year, you know the MTA is our mortal enemy that  constantly lights on fire and tries to make us late for work. Where do they get off charging us  three dollars for a single ride? In 2017 it was just $2.75! Full of delays, overcrowding, and that  one guy who thinks it’s okay to smoke a cigarette on the train, New Yorkers of all demographics  fight tirelessly to find ways to defeat the public transit system. But fear not, newbies of the Big  Apple. There are ways to topple these underground metal worms.

Rents Near Subway Stations Are Dropping

First, if you’re moving to the city, try to find a place close to the train. This might seem like a tall order since places near trains tend to be more expensive, but the pandemic evened the playing field a little. A study from Renthop.com shows that 36% of rents near train stops  have decreased, including major hubs like Times Square, Harold Square, and Union Square. This  is a big deal. Being close to a train can be a New York game changer. My first apartment was a 20-minute walk from the subway which meant I had to leave for work an hour and a half early.  Now I live a block away from a train and my commute is thirty minutes. The Renthop study shows you which locations experienced a rent decrease and increase near train stations, so be sure to check it out before you sign a lease.

Insider Tips To Riding The Subway

Next and most important, download the MTA app on your phone. I know I spent a good  chunk of the second paragraph being mad at the MTA, but they are also acutely aware of their  issues. The app has a bunch of features that show you train and bus maps, tell you if trains are  down or delayed, and will even let you access a ride for persons with disabilities or injuries.  Additionally, if you are a person with a disability, it will also tell you which stations have ramps  and accessible elevators. This tool will make navigating the subway way easier and even get you  used to marking your go-to train routes like a pro.

The next step is to become a pro at Google Maps. Google maps will be your best friend  especially with their new feature that tells you how crowded the subways are. Everyone knows  the subway will be crowded during rush hour, but the MTA can and will surprise you.  Overcrowded subways will have you packed like sardines if you time it wrong, so this feature  will be extremely helpful. The feature is called “what it’s like” and it does more than tell you  what capacity the train is at. It also tells you how safe the train is at the moment as well as the  temperature inside. This last feature is very important for those of us on the 1 train looking to avoid the hot car. If you know, you know.

Now that you have a fancy apartment and downloaded all the apps, it’s time to learn  about train etiquette. Currently, you still have a wear a mask on the train. Most people are pretty good about this, so you should be too. There are also several things you can do to make  trips easier for everyone, like offering your seat to pregnant people or the elderly. And, if they  refuse your offer, don’t be weird about it. Don’t smoke on the train either. Yes, people do it and yes, it’s gross.

If your train stops underground and you have to evacuate, don’t panic. That just  happens sometimes. It’s part of the ritual of becoming a New Yorker, like having a rat run  across your feet or getting splashed by a puddle on the street that burns your skin. Listen to the  train dispatcher and follow the lead of the New Yorker who looks the most annoyed that they’ll  be late for work. It won’t be their first rodeo. Lastly, DO NOT hold the train doors. Ever. Even if  you see someone sprinting for the train doors. If the universe wanted them to make that train,  it would’ve let them on. Holding the train doors delays the train and, sometimes, even breaks  the door resulting in that train shutting down.

There are other etiquette things that will pop-up, but you’ll just have to trust your  instincts over time. That said, the last piece of advice I have about beating the MTA is learning  how to fight some of the not great decisions they make. Remember the fare hikes I mentioned  earlier? Those come very frequently with over six hikes happening in the last twenty years and  another one ready to happen anytime now. Additionally, while the MTA is getting better at  accessibility, it’s still sorely lacking. Disability accessible stations are few and far between,  mostly placed at express stops. The MTA’s decisions on these matters are rarely ever popular,  but you can make your voice heard by contacting local government leaders and the MTA itself.  Tweeting at them is also a fun way to blow off steam.

With all this in mind, you should be ready to take on anything the subway throws at you.  Surprises will happen. Some you might enjoy, like a fun dance routine or a marriage proposal  from a man who doesn’t know what romance is. Some will be less fun, like a teenager pulling  the emergency brake as a prank. Whatever the situation is, just know that you can handle it.  You now have the location, the apps, and the knowhow to help you through even the most dire  MTA situation. And with that, I hope your next train pulls into the station the moment you walk  through the turnstile.