Home Business Yellow Cabs vs. Ridesharing: Does this NYC turf war rage on? 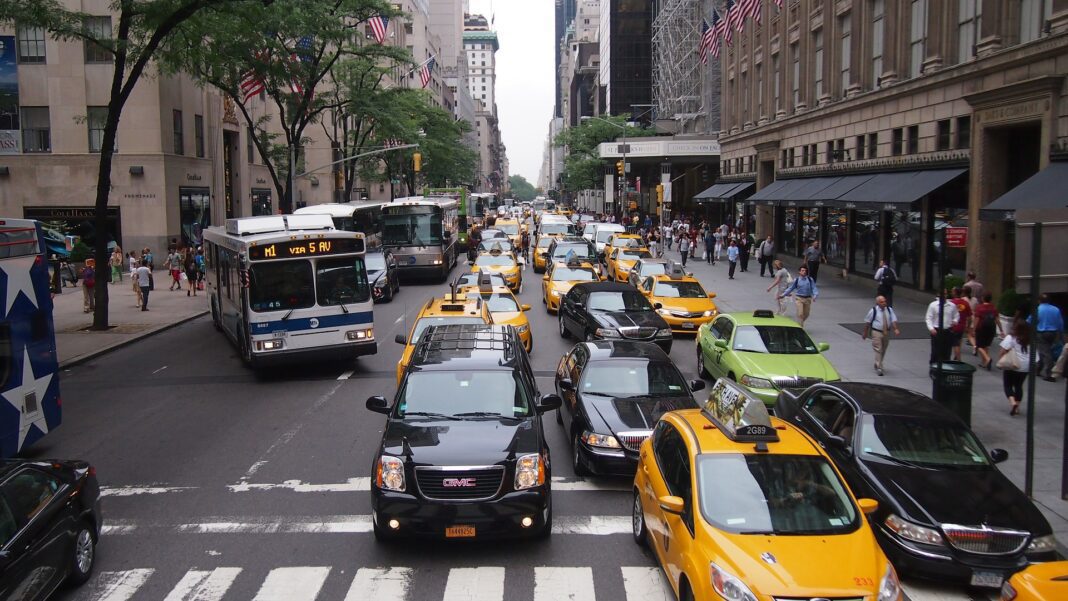 If you’re a New Yorker, I don’t have to explain how your lifestyle likely relies on getting around the city safely, comfortably and with as little hassle as possible.

Hopefully, it’s at a reasonable price as well.

One option is navigating the streets in your own vehicle — not quite as stressful as a divorce but still among the first ten items on the “let’s-try-to-avoid-it-at-all-costs” list. Locating a parking space in NYC is like finding Waldo. Maneuvering into one? Well, that’s another story.

If you’re fortunate enough to have a garage in your building, those monthly fees add up, too. Therefore, you should have the highest respect for those professional drivers that shuttle you to and from work, airports, restaurants, events, and other destinations.

In 2013, a yellow cab medallion was selling for close to a million dollars, representing the dominant player’s valuation for getting New Yorkers to wherever they wanted. Today, you can buy one for less than $100,000 — a mind-boggling ninety percent depreciation. So, what happened here? Uber, followed closely by Lyft, is what happened. They turned the yellow cab institution — a New York mainstay for one-hundred-and-nine years — upside down and inside out in less than five.

Let’s not kid ourselves; Uber was a juggernaut industry disruptor that hit the New York streets in 2014, taking full advantage of the digital era. It blew past the yellow cab numbers in 2017 and transported people at double the latter’s rate by 2019. Throw Lyft into the mix with approximately two-thirds of the dropping yellow cab volume. It’s safe to say traditional taxiing faced a survival crisis it never banked on. The latter’s steadfast and loyal client base abandoned the ship in droves (commonly known as customer churn) in favor of the new sheriffs in town. So what was the unique package everyone bought into?

A popular black limousine company was slightly cheaper, but significantly short on drivers when I called at the last moment. So, even at the price, it wasn’t a viable option.

My being saddled with a triple-digit price tag pales in comparison to Sunny Madra’s recent experience. Madra, the VP of Ford’s accelerator program, posted screenshots of the same ride (more or less) for $248.90.

He tried to hail a cab for twenty minutes with no success before resorting to the exorbitant Uber fee. As it turned out, the airport commute was approximately the same as Sunny’s one-way air trip to San Francisco.

As for me, I opted to stand on the curb and hail the traditional way, which took less than a minute. The out-of-pocket cost (including tolls and fifteen percent tip) topped out at $66 — a significant difference that makes a difference in anyone’s book.

The ride itself was pleasant and comfortable.

So, was my flip to a conventional taxi an exception? Or is Sunny’s debacle the rule of the day? I’ve asked friends and family for their experiences:

Where are things going?

Lyft and Uber are resorting to “out-of-the-box thinking” to get drivers back into their system. Incentive programs, better working conditions, and digital innovations are in the cards. It’s vital to retrieving the benefits that created the advantage in the first place — price and convenience.

Meanwhile, yellow cab drivers desperately need a rebranding to incentivize the 6,500 or so idle taxis somehow back onto the NYC streets. So who’s winning the war? Truthfully, it doesn’t seem to be all that relevant when the arena itself is in disarray. Customers are hurting, and both sides shouldn’t take that lightly.

Hotel demand on the rise as Mayor touts NYC comeback